Trump Officially Less Popular Than Ass Lice, And We Have Women To Thank! 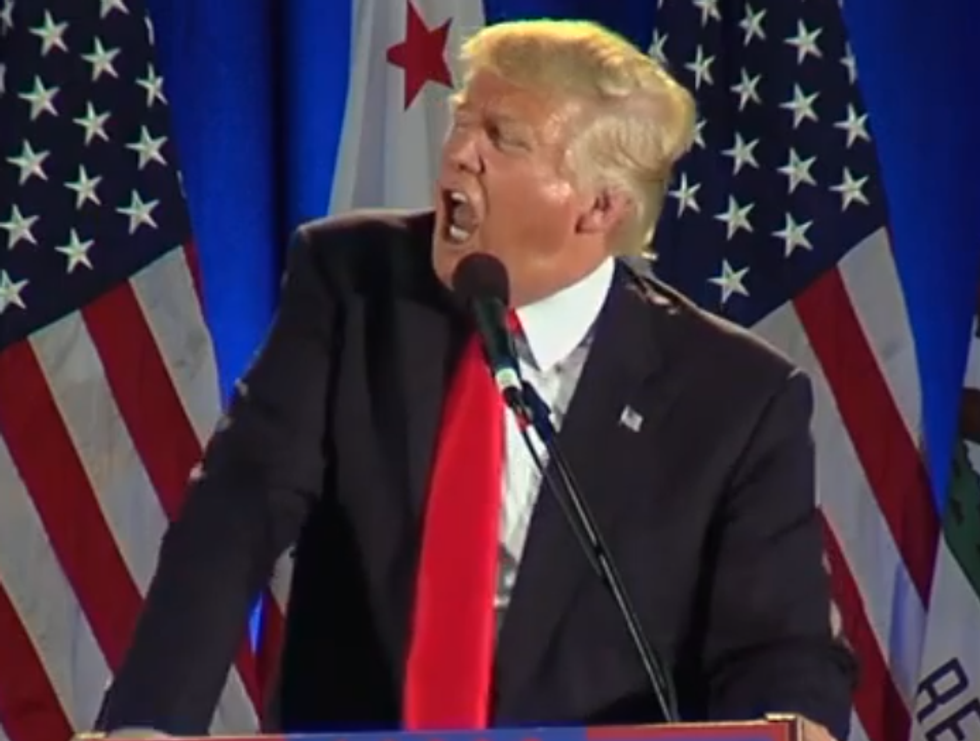 GREAT NEWS, COUNTRYMEN AND COUNTRYWOMEN AND COUNTRYNONBINARIES! A new Pew poll shows that Donald Fucking Trump is tied for his lowest approval rating in any poll ever taken, at 32%! We keep waiting for him to drop into the 20s, but we think he'd have to REALLY piss off his base to get there. Like, he would have to hold hands with a black person in public or appoint a DREAM-er to a cabinet position. He would have to press "1" for English without bitching. He'd have to tweet an article from an actual news source without hollering "FAKE NEWS!" He'd have to publicly cry out in regret over all the pussy he's grabbed. THEN maybe he'd drop into the 20s. (Don't worry, those who hate him now will always hate him, there will be no forgiveness, and there's nothing he can do to change that. It's only downhill from here, Trump!)

But one very good piece of news out of this poll is that Trump's approval among WOMEN, currently the most activated and pissed off voting bloc in the US and A, is a weak and sad 25%. (Currently, 40% of men are clinging to Trump like a gun or a Bible or a Biblegun.) Know what this means, lovelies? Trump's base IS slipping. His LADY BASE.

We got very GRRRR ARGH at white women just after the election, considering how THEY VOTED FOR THE PUSSBURGLAR. Before the election, Editrix Rebecca was hoping for something like an 80/20 split, where 80% of women were like UGH, NO I CANNOT, even though that is clearly a ridiculous number and she is terrible at prognosticating "politics." (She says hey, she likes a longshot.) According to this poll, she was just early.

Of course, one reason for this is that, despite the fresh hell Trump's election has thrown the world into, decent Americans, especially women, are more activated than ever before, and a lot of people (lady and non-lady alike!) who were complacent before, who figured it was cool to skip voting because there's NO EFFING WAY that trashbag of a man is going to win, are not making that mistake ever again. As we saw in the Virginia election (and other races around the country that day also too), untold numbers of women are now running for office, and they're turning out to VOTE. Democrats kicked unholy ass that day because WOMEN. (And some men helped. Thanks, man-helpers!) Those numbers should only increase, especially as we continue this nationwide #MeToo reckoning.

(SIDENOTE: This, by the way, is one reason we think Dems have made the right choice letting Al Franken fall on his sword, regardless of whatever mixed or bittersweet or just sad feelings any of us have about it. Going into the 2018 midterm season -- which starts January 2, AKA less than a month from now -- the Democratic Party is drawing a line in the sand and doing something that's both morally AND politically right. Meanwhile, Alabama may well have a sitting senator WHO MOLESTED LITTLE GIRLS, according to his multiple accusers. And even if Mitch McConnell and Paul Ryan somehow come to Jesus and get serious about sexual harassment and abuse, they still won't be able to claim an inch of moral high ground, because the leader of their party, who sits in the White House, IS AN ADMITTED SEXUAL PREDATOR. So that's what we think about that. SIDENOTE OVER!)

Oh wait, we didn't have anything to say after that sidenote, except THANKS, WOMEN. No seriously, thanks. Lead us onward and upward!

OK, it's your open thread, so TGIF, FUCK ALL Y'ALL, WONKETTE OUT, GOODBYE.