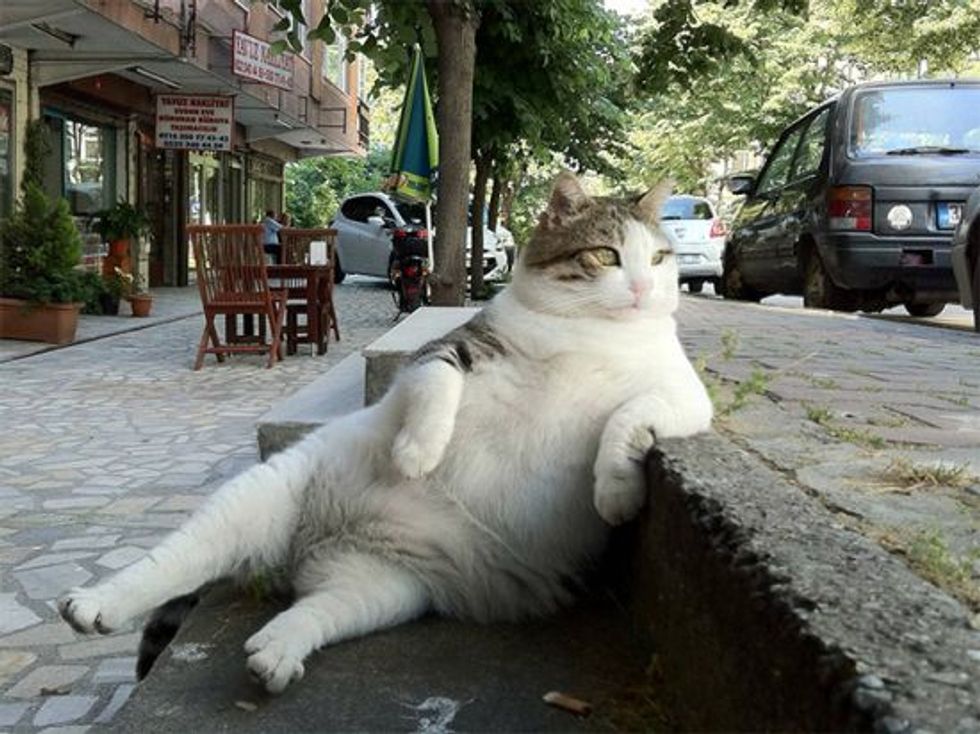 People have a lot of different reactions to mass shooting terrorist attacks, some all at the same time. Sadness, shock, helplessness, rage, frustration that it's happening again, numbness because it happens all the time ... any of these are valid and normal. And then there is the Trump White House, which is so self-centered, apparently, that it views mass shootings, the kind that happened in Florida and ended the lives of a bunch of kids, as a REPRIEVE.

While the White House mourned the loss of life in Parkland, Fla., some aides privately acknowledged that the tragedy offered a breather from the political storm.

Well you wouldn't want to hold a press conference to announce how relieved you are a bunch of kids got murdered, would you? And they didn't, because if you'll remember, the day the shooting happened, Sarah Huckabee Sanders had already pushed back her daily presser about four million times, until finally canceling it once news of the attack came out. Guess they all went to Happy Hour.

OK, it wasn't all fun and games and strip poker and beer pong:

One White House official said the shooting forced the White House to focus on critical and serious issues — like consoling the victims and trying to heal the nation — rather than getting bogged down in what they view as more trivial West Wing drama.

But at least some of it was fun and games and hookers and blow:

“For everyone, it was a distraction or a reprieve,” said the White House official, who spoke on the condition of anonymity to reflect internal conversations. “A lot of people here felt like it was a reprieve from seven or eight days of just getting pummeled.”

Poor babies, just getting pummeled because the White House is a literal goat rodeo full of incompetents and wife-beaters and foreign agents, led by one unfit stable genius whose greatest party trick is being able to correctly identify which one is "camel." Bet they all breathed a big sigh of relief when some other people got pummeled, with bullets.

They were tired, OK? Last time they got to kick their feet up and get some well-deserved R&R was after the Las Vegas massacre:

The official likened the brief political calm to the aftermath of the October shooting in Las Vegas that left 58 dead and hundreds more injured. That tragedy united White House aides and the country in their shared mourning for the victims and their families.

“But as we all know, sadly, when the coverage dies down a little bit, we’ll be back through the chaos,” the official said.

Ugh, it's always like that. It's like the chaos is always there, when you work in a fully formed shitshow of historic proportions that's dedicated to ruining America.

The White House mass shooting vacay was even better than usual, WaPo reports, because the idiot in the Oval Office was taking one of his weekly golfing vacations:

The three-day Presidents’ Day weekend added to the hiatus, with Trump traveling to his private Mar-a-Lago estate in Palm Beach, Fla., with only a few aides and giving others on his beleaguered staff a chance to rest and recuperate.

How nice for them. WaPo also says the shooting attack, where 17 kids and teachers died, really seems to have stabilized Chief of Staff John Kelly's job security, so isn't that nice? We wouldn't want General Kelly to be lying awake at night, wondering if he's too old to get hired at the Big Lots, in case Trump fires him.

But now everybody is back at work, so we bet the West Wing has a real stinky case of the Mondays today, even though it is Tuesday.

Fuck all these trashy people, right in their ears.