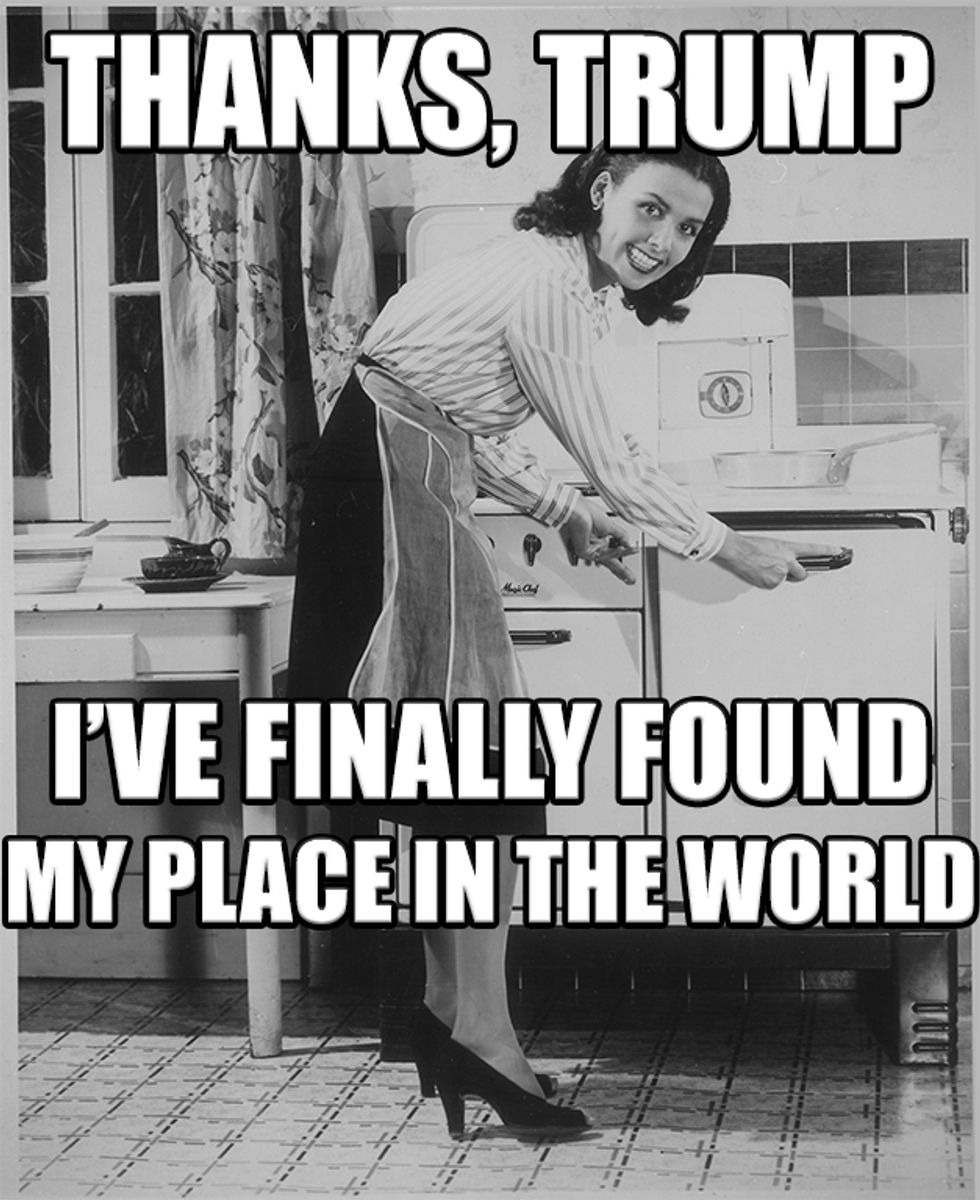 A GOP muckracker was apparently personally investigating Hillary Clinton's missing murder mail for Mike Flynn, and when he found a group of Russian hackers, but couldn't confirm how many Benghazis they contained, he said, "Fuck It, give it to WikiLeaks," then rolled over and died. SPOOKY! [Archive]

Tech companies lobbied to kill Russian sanctions over fears it would interfere with their business models to sell billions of Ameros worth of specialized crap. One official is on the record stating, "Great, terrific, fuck 'em ... The whole point is to interfere with trade."

Republicans are literally debating how tax cuts for the wealthy are more important than health care for the sick and elderly, and now it looks like Trump thinks the GOP should just kill health care and figure our the details later.

Trump's Muslim bantravel restrictions on Muslim majority countries is now in effect for people who don't have any relatives or jobs in the US.

The White House Council for Women and Girls seems to be dead, sending a strong signal to women and girls that the only thing they should be working on is a sandwich, not sciencing, grease monkeying, or journalisming.

Trump wants Kay Bailey Hutchison for NATO ambassador, a strange maneuver seeing as how it suggests the US isn't backing out of the failing and miserable peace alliance that keeps Putin at bay.

Eric Dreiband, a big time lawyer who has built a career telling pregnant women to fuck off for everyone from big tobacco to Jesus, has been nominated to head the Justice Department's civil rights division.

As Illinois is about to enter its THIRD YEAR without a budget, the state's GOP leader has quit, while Trump is threatening the city of Chicago (again) with "feds." Just to recap, Illinois is broke, Chicago is broke, people are dying, and President Pussgrabber is giving us more guns on what is historically the most violent weekend in Chicago. Fan-Fucking-Tastic.

The Chinese are REALLY angry that the U.S. is selling 1.42 billion in arms to Taiwan seeing as how the U.S. is kind of supposed to ignore China's commie-free Fantasy Island.

After wiping off the blood from their...wherevers, Joe and Mika wrote an editorial in WaPo in response to FaceGate, then went on teevee this morning to yell at an unstable 71-year-old manbaby with one finger on the button, and one pussgrabber on his dick.

MSNBC has "You're Fired" Where The Hell Am I With Greta Van Susteren for LOW RATINGS as her show didn't have enough explosions or bleach blonde bimbos in bikinis to keep olds watching other olds talk about politics.

Employees at the New York Times staged a brief walkout over layoffs of copy editors because they know that we're not all graduates from The Derek Zoolander School for Kids Who Can't Read Good and Want to Do Other Stuff Good Too.