Trump Will Tap His Son-In-Law Jared Kushner, Which Is Illegal In All Fifty States 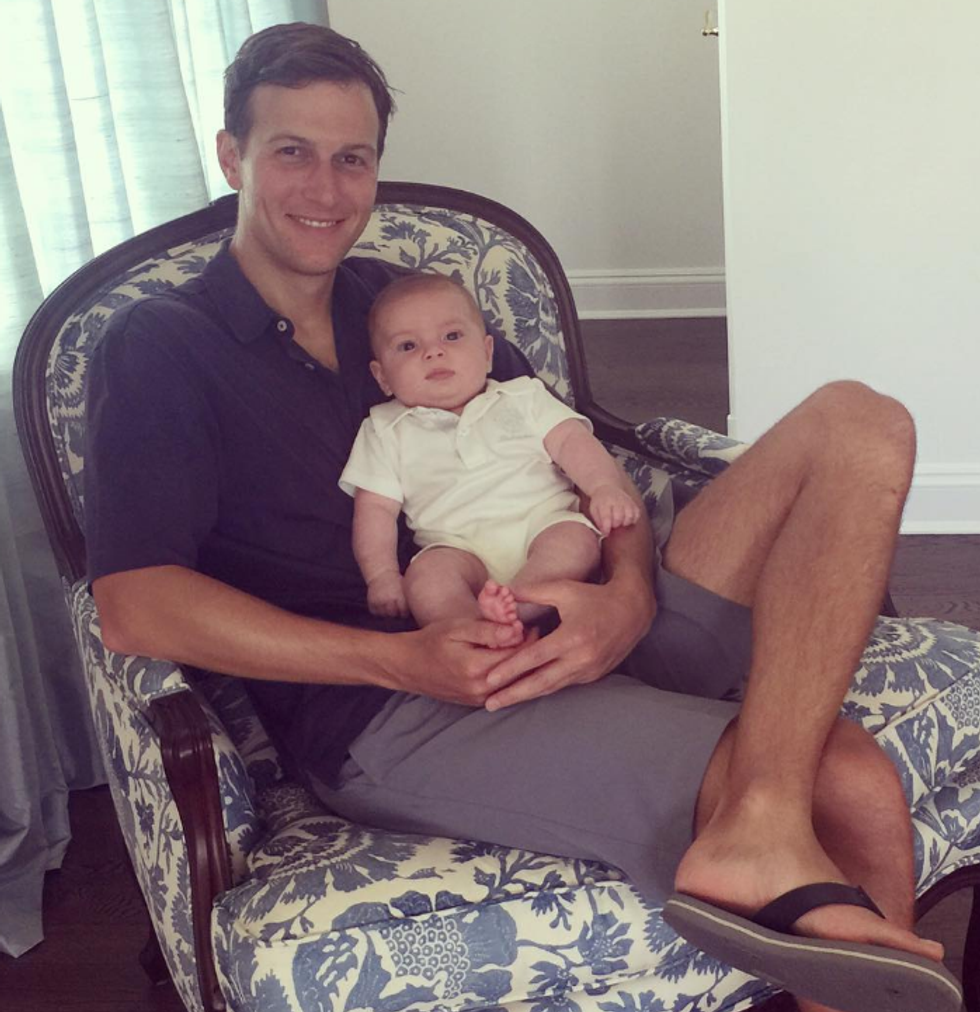 HE WENT TO JARED

According to 5 U.S. Code § 3110, it is very much against the law for Donald Trump to hire his son, or his daughter, or his son-in-law Jared Kushner, to be his senior advisor. (Unless you're this guy, who says it's not against the law, because #reasons.) The law is very clear, going so far as to say it applies to presidents, and that sons-in-law count as "family." But Donald Trump seems to be hellbent on breaking as many laws as he can the day he is inaugurated, so he's tapping his sexxxy, evil son-in-law Jared Kushner to be a senior advisor:

"Overcoming." Jared Kushner Shall Overcome. LORD HAVE MERCY. Oh, the Trump regime and the way they use words that do not mean what they think they mean, or sometimes redefine words as they see fit, since they know the people who voted for them are dumb and functionally illiterate anyway.

We learned back in November, through the Fake News, that Trump was trying to get security clearances for his kids and for the son-in-law he has a crush on, and that he wanted them to be "unpaid national security advisors." And indeed, if Jared doesn't take dollars for his job working for his father-in-law, that might be a little loophole around that law! It's not, in any way, the way things are supposed to be done, but the Trumps don't care about any of that.

But stop worrying, everyone, their lawyers are ON IT:

"Mr. Kushner is committed to complying with federal ethics laws and we have been consulting with the Office of Government Ethics regarding the steps he would take," Kushner's lawyer said in a statement.

Kushner will resign from his company, divest "substantial assets," and recuse himself from matters that would impact his financial interests, [attorney Jamie] Gorelick said.

It's FINE. Jared will stop doing real estate deals with companies full of Chinese money, and he and Ivanka will live in their sexxxy new house in Kalorama, two blocks from the Obamas, and they will go to work in the White House every single day, where their precious children will not be allowed to swing on the swingset or go down the slide, because Grandpappy Pussgrab rejected the nice playground equipment at the White House, and because Trump children are not allowed to experience joy. Jared will whisper sweet nothings into Donald's ear all day long while they cuddle in the Oval Office in matching Snuggies, while Ivanka does First Lady-ing over in the East Wing, and all of this is totally normal, seriously, it's just about the normal-est fucking situation we've ever dealt with, good god, why are we even still talking about this, since it's all so normal?

[What The Damn Law Says / NBC]