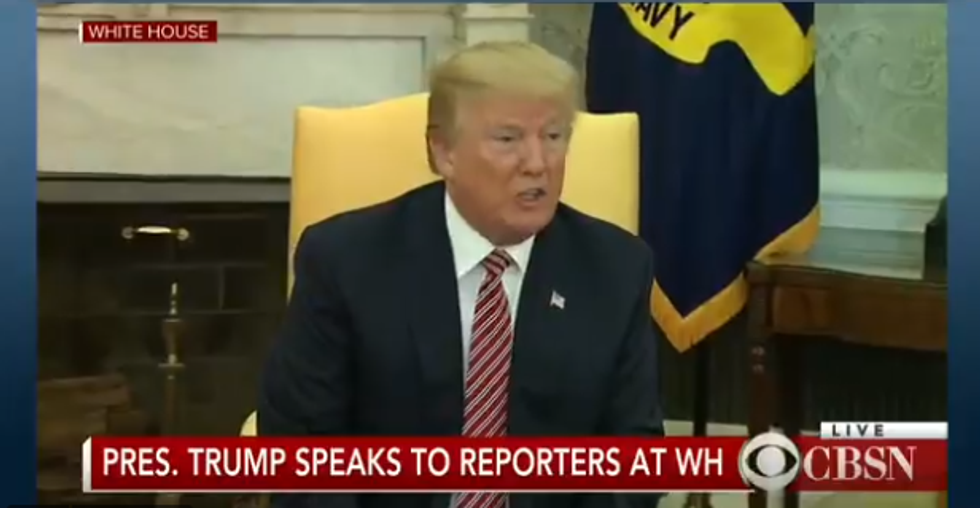 Who you gonna believe?

Oh, America, in your time of tribulation and heartbreak over the very surprising news the Trump White House has been harboring at least one wife-beater, we know you have been breathlessly waiting for some comforting words from your president. Unfortunately, your president is Donald Trump:

BREAKING: Trump wishes Porter well, points to his denials. "He says he's innocent. I think you have to remember that." pic.twitter.com/t3PfTVtld0