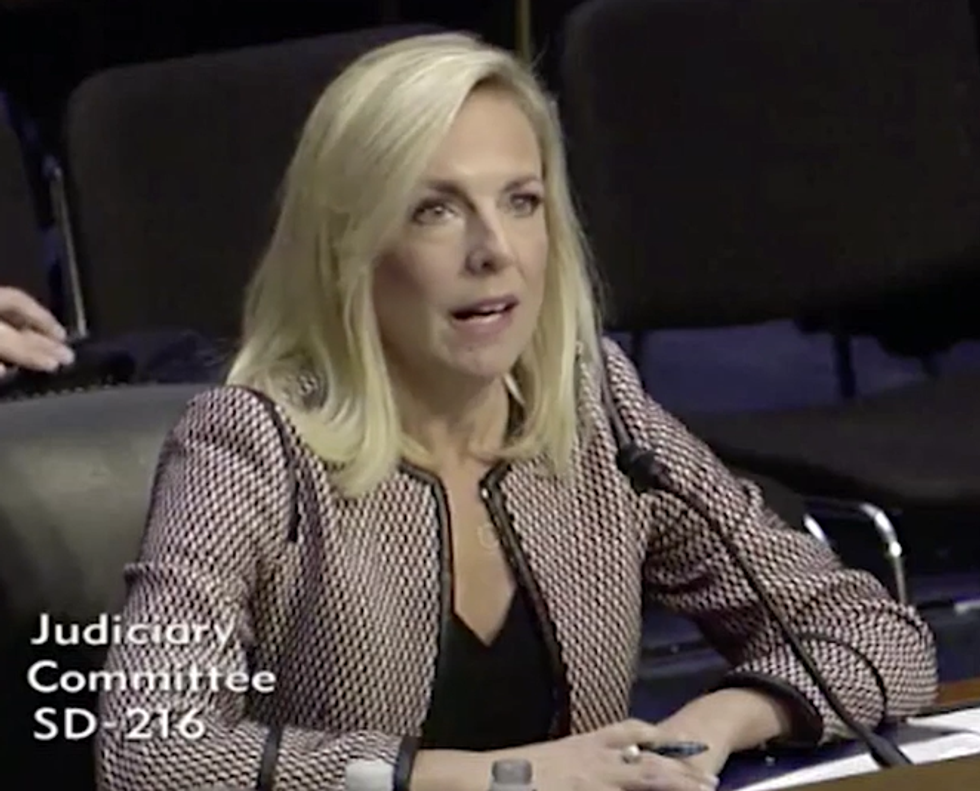 Kirstjen Nielsen is the Homeland Security secretary now that John Kelly has moved to the White House to be the "grown-up racist in the room," and she testified today for the Senate Judiciary Committee about immigration and DACA and "Did Donald Trump say shithole specifically, or did he say equally racist but different swears?" Nielsen does not remember! She does not remember things in general!

It was particularly fun because Senator Dick Durbin, who does remember because HE WAS THERE, is on that committee. So is his pal, Vermont Senator Pat Leahy.