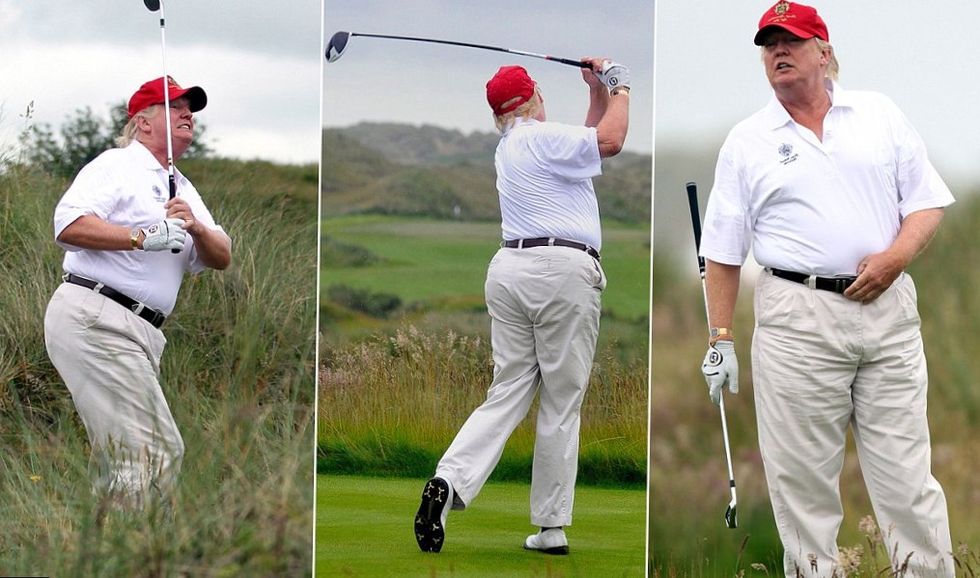 DID YOU SPOT THE MORAL DIFFERENCE? Yes, you're right; the pop-up price fixe is morally superior to any food containing partially hydrogenated oils, and as we all know you are what you eat, so. *mic drop*

If you've ever been poor, or if you work in social services, or if you have a human soul within you, you're likely a bit shocked and appalled by Trump's proposed bullshit budget because it's an inhuman mess of numbers that don't make any goddamned sense, which is something we normally say figuratively but in this instance is actually true, because the fuckers who can't add are the ones who're going to talk to me about government waste! You know, the people who think you can just decide to hit 3% growth to solve your budget woes while counting revenues from the estate tax you're simultaneously abolishing.

Mick Mulvaney, the pusillanimous prick who's taking credit for this amoral mess, actually argued on camera where he knew people could hear him that the reason living children should be kicked off food stamps is so his nonexistent grandchildren would face a slightly smaller national debt. Not fucking kidding.

you thought I was fucking kidding, didn't you?

Mulvaney is also on record wondering whether there are "folks on SNAP that shouldn't be," by which he means what they call "able-bodied childless adults," because Mick Mulvaney cannot be bothered to find out how government programs work. He's the kind of nitwit who says we have to find out what kind of refugees are coming into America even though there's a goddamned two-year exhaustive screening process. This dude wants to institute work requirements for SNAP, which is kind of like reading the Hyde amendment and then giving a speech on the need to keep federal money from going to abortions.

But Mulvaney isn't our biggest villain in all this! He is only the entirely-willing lickspittle to Trump's dreams of domination, and he's not the only one! Paul Ryan, who normally gets to stand on the winner's podium of assholery entirely alone on this SNAP issue, is also commenting publicly about the prospect of actual housebound senior citizens eating cat food! So he's on Fox News talking about "the aspiration and the goal is right on the target" which seems like it makes sense, doesn't it, until you realize that the aspiration and the goal of this budget is literally to kick as many people off assistance as possible because they can't hit their benchmarks if they don't cheat.

Yeah, I said cheat, and I meant it because these assholes couldn't manage an honest day's work if you put them on Undercover Boss. Ryan can't even wash real dishes, for fuck's sake, he has to have his dishwashing prewashed for him. I don't know how anyone can listen to a word from that moral succubus, knowing that the guy can't wash a fucking pan without an entourage and a kitchen staff. But sure, put THAT guy in charge of the goddamned budget and let's all listen to him opine about how easy it is to be a dishwasher.

But let's not let our Republican friends take all the blame! Anyone who's been on welfare damn well remembers who was in charge of the last big "reform" that was basically an excuse to kick millions of people off the rolls to get more impressive numbers! God, I love reboots. The second movie is always SO MUCH BETTER than the original! Anyway point is that it's not all thinking of grandchildren and whatnot! Sometimes, if we are very lucky, we find ostensible liberals coming to help Teh Poorz via social engineering of miniscule amounts of money, which are nevertheless lifesaving!

It's the only goddamned explanation I can think of for this Atlantic piece anyway, in which we prove that America is really the only country who could put together a food program for hungry people and then complain it wasn't making them skinny.

I would keep writing but I need to slam my head into this desk repeatedly until welfare reform for skinny people being how we achieve 3% growth makes sense to me. I've spent most of my life working in food service and clearly I just have too many brain cells left. It's probably because I couldn't afford the good drugs when I was younger.

Or fucking food. I couldn't afford that, either, with my full-time work that consisted of preparing and serving food to people with more money than me, which I knew was true because they were buying the food that I couldn't afford to eat. You ever been hungry in a kitchen? Yeah. Neither the fuck has Mick Mulvaney.