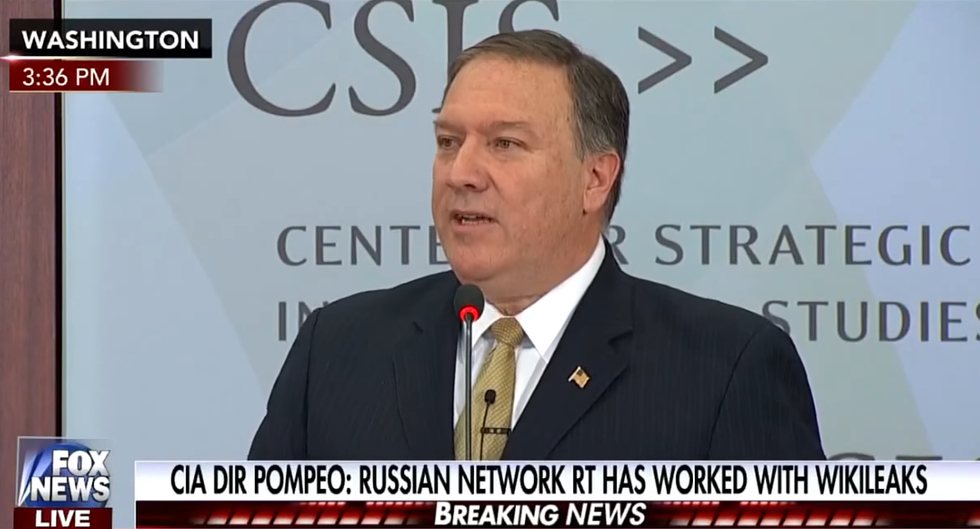 Right about a thing???

During one of the debates of the 2016 election, Hillary Clinton tried in vain to explain to Donald Trump that WikiLeaks is a piece of shit organization and a tool of the Russians. It was the same debate where moments later, Trump delivered what is and always will be the most presidential thing he's ever said, which was "No puppet. No puppet. You're the puppet!"

But Trump LOVED WikiLeaks. He particularly loved how it released all those hacked emails from the Clinton campaign (possibly at the behest of HIS campaign, and also his BFFs in Russia). He would go on stage and say WICK-Y-LICKS! THE WICK-Y-LICKS! LOCK HER UP BECAUSE OF THE WICKY-LICKS!

But that was "Hillary," and this is now.

Trump's CIA director Mike Pompeo -- who used to be a simple Benghazi congresstwat from Kansas who just couldn't understand why cool people always emailed Hillary Clinton, whereas all his emails were from cows -- said words on Thursday about WikiLeaks, and these were the words he said:

Trump's CIA director just basically said Assange (whom Trump himself has promoted multiple times on Twitter) would've been a Nazi in the 30s pic.twitter.com/YvLuxYy5CX