Trump's DHS Now Revoking Naturalized Citizenship Because It Is Their Funnest Thing! 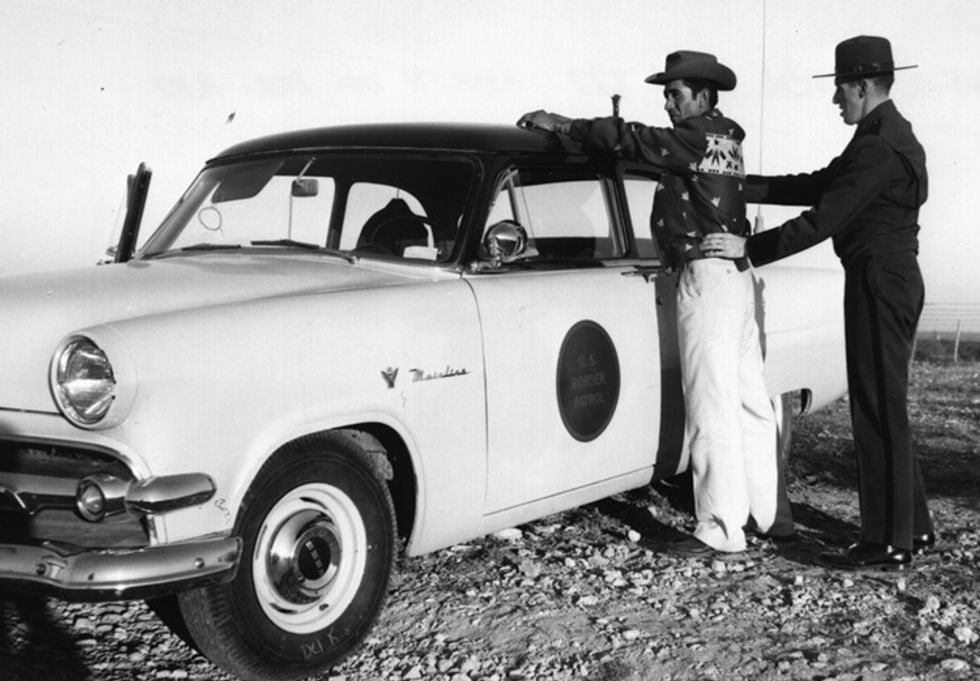 As if the Trump administration's war on immigrants weren't already busy enough scooping up suspected undocumented immigrants in courthouses, outside schools, and at hospitals, we now learn the Department of Homeland Security has been working on a new frontier in ejecting people from the USA: DHS has a program aimed at tracking down a fairly small number of people who had been ordered to be deported, but because of incomplete digital fingerprint records, were nonetheless granted citizenship. The Justice Department issued a press release Tuesday announcing that a New Jersey district court judge had ordered that one such immigrant had been stripped of his naturalized citizenship, and is now subject to deportation, all part of a joint DHS/DOJ program called "Operation Janus," after the two-faced Roman god Harvey Dent.

The program actually had its origins during the Obama administration, after a 2016 DHS report found that US Citizenship and Immigration Services had granted naturalized citizenship to "at least 858 individuals ordered deported or removed under another identity" who had slipped through the cracks because the FBI and DHS didn't find digital fingerprint records for them. They'd been fingerprinted during deportation procedures, but not all those old records were converted to digital form by the time the people had applied for citizenship, usually under different names than those on the deportation orders.

AP coverage of the story in September 2016 led to a stupid internet rumor that citizenship had mistakenly been granted to over 800 people who had been ordered deported for "national security concerns," but in reality, the report didn't detail why the deportation orders had been issued. DHS and FBI didn't fully convert to a digitized fingerprint database until 2010.

The one case that DOJ is trumpeting as a win for Operation Janice (we think that sounds friendlier) certainly doesn't sound like it involves any national security issues: A dude from India arrived at San Francisco International Airport in 1991 without any identification or a passport, and gave his name as "Davinder Singh." The government started the process to send him back, but he skipped his hearing in immigration court and a deportation order was issued for him in January 1992. A month later, the same dude applied for political asylum, this time using the name "Baljinder Singh," again without any documentation; before that asylum case was adjudicated, though, he married a US citizen, and she helped him get a green card. He became a naturalized citizen in 2006, and his deportation order was only found in a 2014-2015 audit of DHS records that led to the 2016 report. If all the fingerprint data had been digitized, his 1992 deportation would have been found, and that would have been grounds for denying him citizenship, so a judge stripped him of his citizenship, and now, presumably, he's on track to be deported.

So, there's one potential dangerous terrorist gone, except that beyond his blowing off the immigration hearing in 1992, the DOJ doesn't identify any other criminal activity Singh may have engaged in. Yes, yes, he was definitely here illegally and shouldn't have been approved for citizenship, but is this really a good use of law enforcement resources? The 2016 report doesn't indicate whether the problematic citizens were supposed to be deported for having committed crimes, or whether they had committed civil violations of immigration law like overstaying a visa. The report sure tries to make it sound like there's a threat:

So that's four whole cases: one person in law enforcement, and three people with transportation-related jobs. Were any of them dangerous? Who knows? Could be they'd just fucked up their paperwork, or maybe they were all terrorist operatives (if they had been, though, we'll assume the government would have made a lot more noise about catching them). The 2016 report adds that relatively few of its cases as of March 2015 had turned up criminal suspects, let alone convictions: The US attorney's office had only accepted two cases for prosecution, and ICE also "transferred two additional cases with fingerprint records linked to terrorism to the FBI’s Joint Terrorism Task Force" -- but there's no indication of what those "links" may have been or whether they resulted in prosecution.

identified about 315,000 cases where some fingerprint data was missing from the centralized digital fingerprint repository. Among those cases, some may have sought to circumvent criminal record and other background checks in the naturalization process.

Of those 315,000 cases where fingerprint cases were missing, it seems reasonable that, if the 2014-2015 audit identified only 858 cases where a naturalized citizen had an old deportation order of any kind, there aren't exactly over a quarter million criminal aliens running around with green cards or citizenship -- we'd assume most were deported even though their fingerprint files weren't later updated. That number has grown somewhat; yesterday's press release says

USCIS dedicated a team to review these Operation Janus cases, and the agency has stated its intention to refer approximately an additional 1,600 for prosecution.

Seems to us that DOJ and DHS are really pushing hard to conflate the number of missing fingerprint records with the comparatively tiny number of people who may have been improperly naturalized. So hurrah for this huge effort to comb through old cases for the sake of stripping citizenship from possibly 2,500 people who may or may not have committed fraud -- or just blundered through an insanely complex immigration system in which even the government can't keep its records straight -- for the sake of looking tough on illegal immigrants. We feel so much safer.

Yr Wonkette is supported by reader donations. Please click here to help us buy the coffee we need to get through government reports.