TV Reporter And Cameraman Shot To Death On Air, Because America 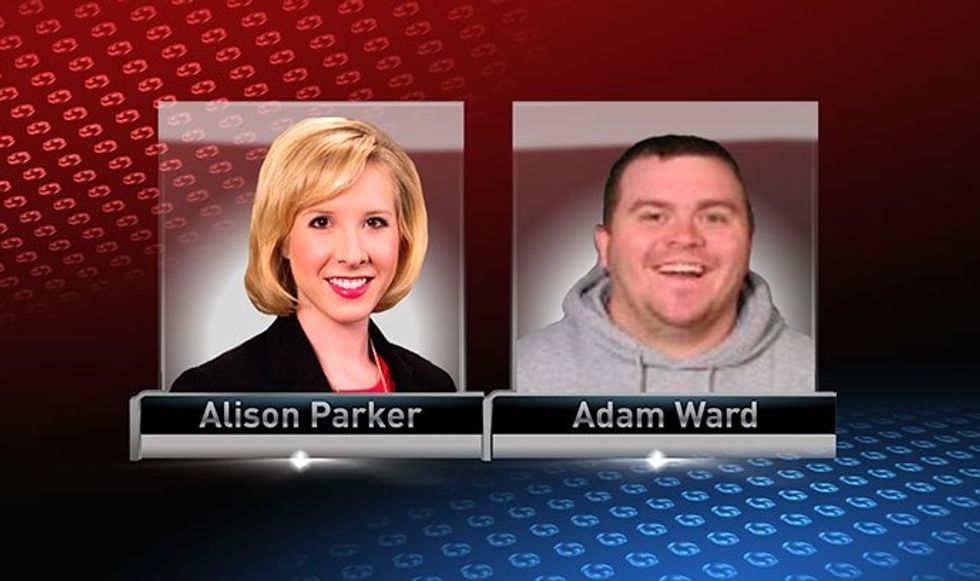 A Virginia TV reporter and cameraman were shot dead on live TV while reporting in Moneta, Virginia, Wednesday morning, and it is definitely too soon to suggest that maybe all the guns floating around the nation are in any way a bad idea, because that would be ghoulish. Not nearly as ghoulish as the fact that WDBJ reporter Alison Parker, 24, and cameraman Adam Ward, 27, were murdered during a fluff interview about tourism with Vicki Gardner, a Chamber of Commerce spokeswoman, at a shopping center, but pretty ghoulish, so let's not talk about guns, OK? Gardner was injured and is in surgery.

Virginia Gov. Terry McAuliffe said on a local radio program that a "disgruntled employee" was responsible for the shooting, and that the suspect's arrest is imminent.

Ward was engaged to marry the station's morning producer, Melissa Ott, who was at the TV station and preparing for a party following the completion of her final show before leaving WDBJ. She was reportedly in the station's control room and witnessed the shooting as it happened. Parker was also engaged, to fellow WDJB reporter Chris Hurst:

It's clearly too soon to talk about guns, but obviously in Virginia, where guns are so hard to come by, and where some members of the legislature don't even want to take guns away from domestic abusers, the inevitable response to such incidents will be more guns. Perhaps reporters should be required to carry them, just in case. After all, it's the Second Amendment that makes the First Amendment possible, or something like that.

You can go find the video of the shooting if you want; we're not touching that. WDJB7 meteorologist Brent Watts retweeted this photo, asking that instead of screengrabs of the shooter, the best way to respond is to remember that Alison Parker and Adam Ward were journalists who loved their jobs:

Also, let's have a respectful period of not talking about guns. Perhaps we can talk about guns after the next horrific shooting. Or the one after that. Or how about never? Does never work for you?