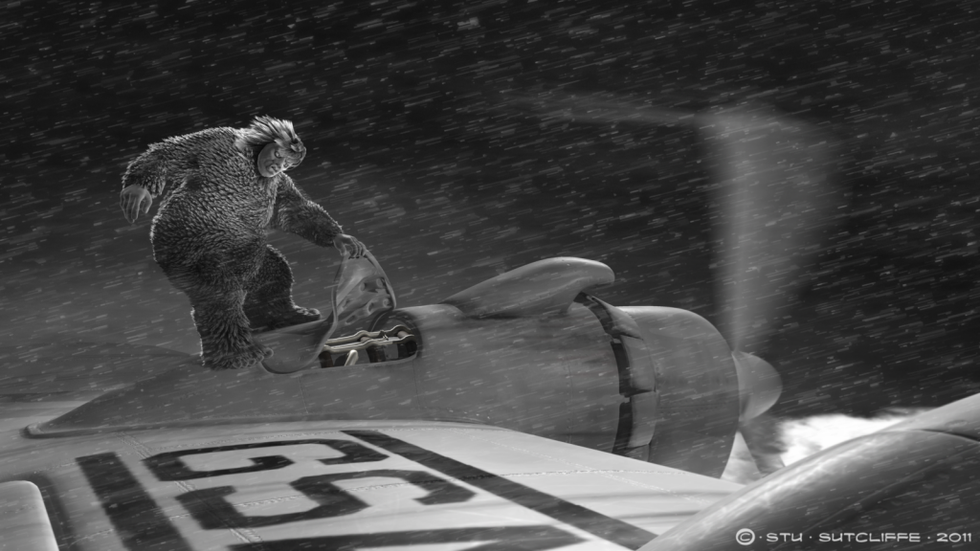 Dear pilots and flight attendants, is there something you're not telling us? First, just a couple of weeks ago, a flight attendant went stark, raving mad, screaming over the intercom thatthe plane was going to crash. Now comes breaking news about a pilot on a JetBlue flight who had to be locked out of his own cockpit by his copilot, and then spent the rest of the (soon-diverted) flight running up and down the aisles screaming about Afghanistan and Israel.

Laurie Dhue, a former Fox anchor, was on the flight and called in to talk to our lover, Shep Smith:

The two flight attendants at the front of the plane were able to prevent him from entering the cockpit, and Dhue said that shortly after several “huge” men came to the front, wrestled the captain to the ground and subdued him.

Dhue said that a fellow passenger and local authorities told her that the pilot was a war veteran who was suffering from post-traumatic stress disorder.

Dudes, is it Qaeda? You can tell us. It's Qaeda, isn't it. Are they determined to strike inside the US? WAS THERE A GREMLIN ON THE WING? Fucker better watch out. USA, USA, and etc! Let's roll.