Typo Changes Everything We Know About Obama, Despite Being Typo 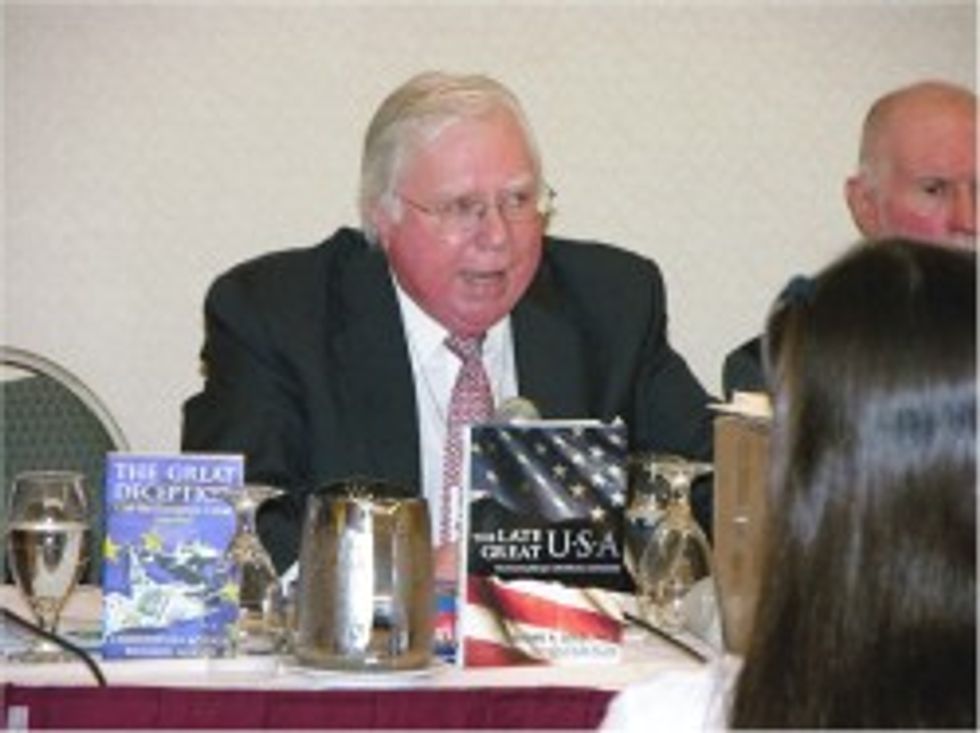 A 1990 article in a hard-hitting publication called Vanity Fair either accidentally revealed a state secret: Obama spent some years in Singapore, not Indonesia, as a child! OR pooooossibly, but this is not very likely, an uninformed intern wrote an article about Obama and confused the countries of Indonesia (where Obama "spent" some time as a child) and Singapore (where he "did not spend" time as a child), because the intern only knows about America and everything else over there is a blur. The article stated that Obama was "raised in Singapore." Later the magazine corrected this, saying, "We should have said Indonesia." Genius scribe Jerome R. Corsi (pictured, releasing wind) has a theory about this: if lies sometimes are allowed to exist forever as no big deal because no one really notices or cares, maybe it means they are actually true. And because a typo is a form of lie, it can also be considered just a truth that is dying to get out. So, Obama once lived in Singapore and must now step down.

Here's Harvard-educated ghostwriter-slave-driver Corsi explaining his theory, which will change everything:

On the heels of the discovery of a 1991 publicity brochure stating Barack Obama was born in Kenya comes the unearthing of a 1990 Vanity Fair article stating Obama grew up in Singapore, not in Indonesia. In both instances, the question immediately arises: Who was the source of the information that contradicts Obama’s accepted narrative?

Something something words and typing and geography and Obama, then:

Was Obama the source of the “raised in Singapore” statement in the Vanity Fair profile, or was it an error by the writer and editors?

Vanity Fair apparently wrote this, which they corrected when they republished the article in 2006, after Obama was elected senator of Illinois. Obama:

saw poverty while growing up in Singapore with his mother, an anthropologist, and his half-brothers and –sisters in Kenya still live hand to mouth at times.

BUT HERE IS THE CRUX. Corsi:

The note offers no explanation of why the original article stated Obama was raised in Singapore.

So shady. And inside every Annie Lebovitz photo is a subliminal message brainwashing the state into liking Obama more than Romney, who is just a good, solid guy who doesn't go to weird places. Have you ever doubted the rich white man is American? Exactly. [WND]