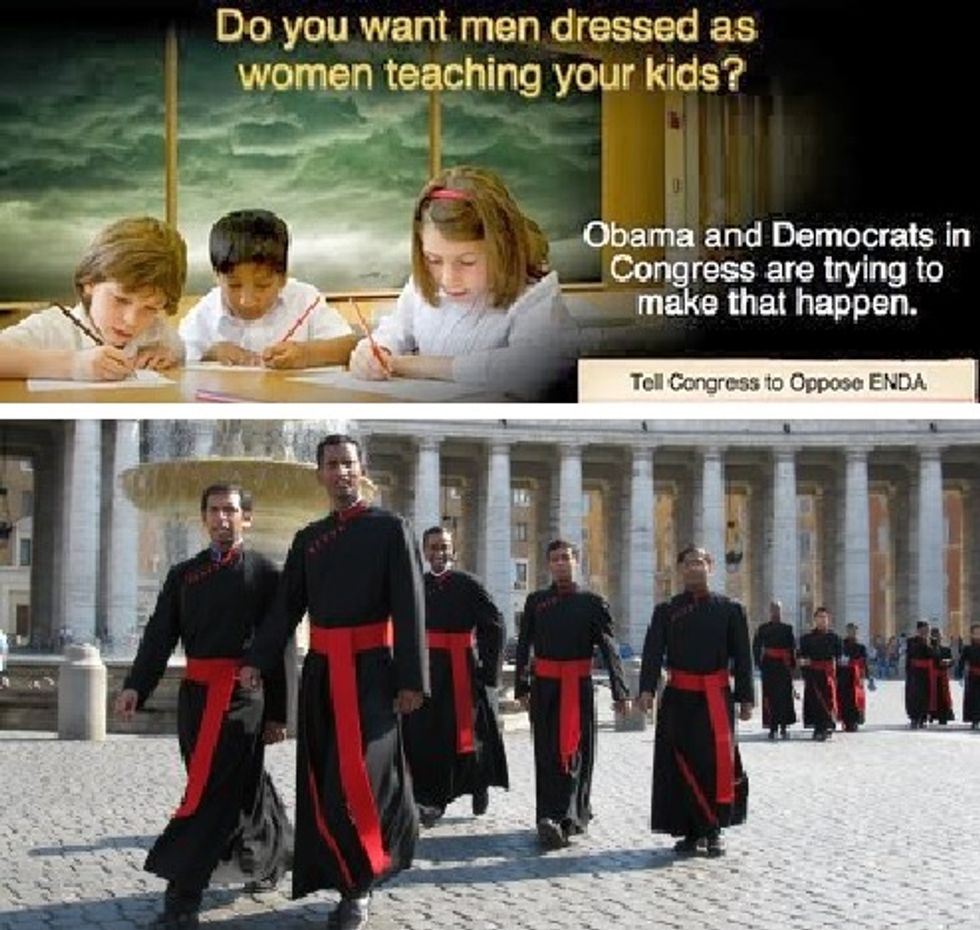 So here's some Monday Nice Time for you, Wonkers: President Barry Bamz has gone and signed an executive orderbanning discrimination against LGBT people by companies getting federal contracts, and the order does not include an exemption for companies or even religious charities with deeply held corporate religious beliefs that require them to fire gay workers. Too bad, so sad, religious haterz!

The president finally took the executive action once it became clear that the House would never take up the Employment Non-Discrimination Act which was passed by the Senate last November, although really that was pretty much clear right around "last November." The executive order only affects companies doing business with the federal government, so other companies remain free to discriminate against gays like Jesus intended. Even so, the AP notes that the new rules will

impact some 24,000 companies with 28 million workers, or one-fifth of the U.S. workforce. Many large federal contractors already have employment policies barring anti-gay workplace discrimination. However, the Williams Institute at UCLA Law School estimates that the executive order would extend protections to about 14 million workers whose employers or states currently do not have such nondiscrimination policies.

If you're into cool trivia about how lawstuff gets done, the order signed today actually amends two previous executive orders, one by LBJ from 1965, and another by Richard Nixon in 1969. This may be worth mentioning when some wingnut tells you that no other president has used executive orders to boss around private businesses, ever. Just be ready for them to explain to you that in that case, we've been living under tyranny for a long time.