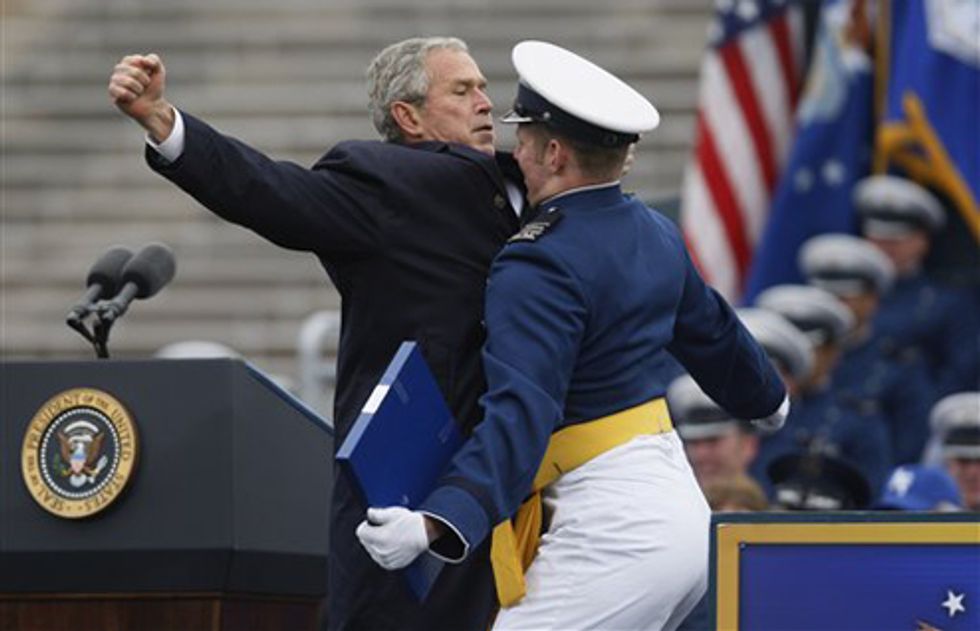 The branch of the U.S. military responsible for flying some (but certainly not all!) planes has come up with the greatest idea ever to stop Wikileaks and the 10 billion news websites that have posted stuff from the Wikileaks: Just ban all those websites! This is a one-billion-percent foolproof plan, and now any Air Force personnel (known as "seamen") will magically not know about any Wikileaks information they may have encountered during the past several weeks of constant Wikileaks coverage.

The New York Times -- which is now an official "banned by the USAF" website -- just posted this invisible story on the Internet:

WASHINGTON — The Air Force is barring its personnel from using work computers to view the Web sites of The New York Times and more than 25 other news organizations and blogs that have posted secret cables obtained by WikiLeaks, Air Force officials said Tuesday.

When Air Force personnel on the service’s computer network try to view the Web sites of The Times, the British newspaper The Guardian, the German magazine Der Spiegel, the Spanish newspaper El País and the French newspaper Le Monde, as well as other sites that posted full confidential cables, the screen says “Access Denied: Internet usage is logged and monitored.”

And then you can go back to playing World of Warcraft or whatever it is U.S. military personnel do. (God knows it's not "win wars.") [New York Times]