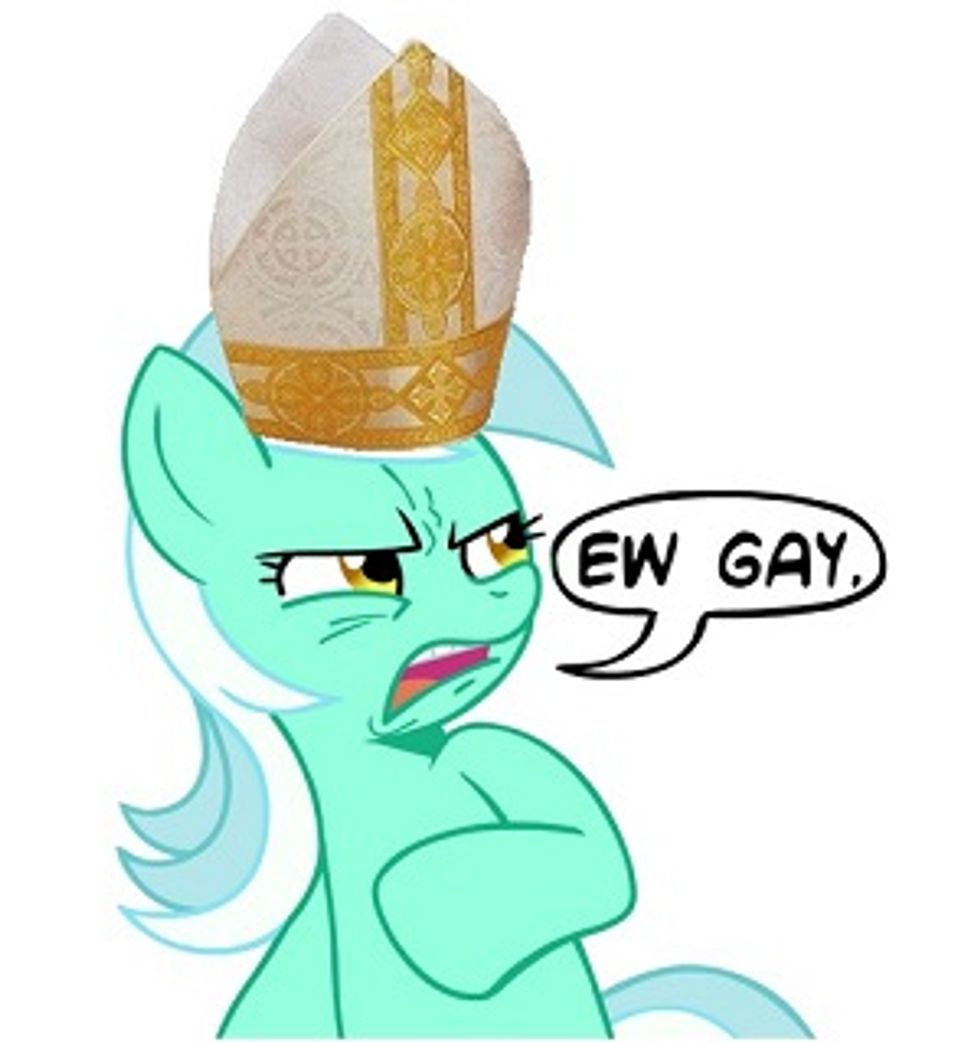 Just in case anyone was wondering whether the hierarchy was listening when New Pope said that stuff aboutratcheting back the whole culture war agenda, here's your answer:

Three chairmen of U.S. bishops’ committees outlined their opposition to the proposed Employment Non-Discrimination Act of 2013 (ENDA) in a letter to the U.S. Senate ...

The bishops emphasized the dignity of all people, quoting Pope Francis’ statement that “Work is fundamental to that dignity.” They added that “the Catholic Church has consistently stood with workers in this country and continues to oppose unjust discrimination in the workplace. No one should be an object of scorn, hatred, or violence for any reason, including his or her sexual inclinations.”

See! They listened to the thing New Pope said about the dignity of work, and utterly ignored the call to stop being quite so obsessed with what people are doing with their danglies and ladygardens. We're thinking Pope Frank needs to come over here and have a word with these lads.

The bishops’ letter said ENDA goes beyond prohibiting unjust discrimination and poses several problems. It notes, for example, that the bill: (1) lacks an exception for a “bona fide occupational qualification,” which exists for every other category of discrimination under Title VII of the Civil Rights Act, except for race; (2) lacks a distinction between homosexual inclination and conduct, thus affirming and protecting extramarital sexual conduct; (3) supports the redefinition of marriage, as state-level laws like ENDA have been invoked in state court decisions finding marriage discriminatory or irrational; (4) rejects the biological basis of gender by defining “gender identity” as something people may choose at variance with their biological sex; and (5) threatens religious liberty by punishing as discrimination the religious or moral disapproval of same-sex sexual conduct, while protecting only some religious employers

So the bishops really really don't want any discrimination against celibate gay people who never act on being gay. Talk about open-minded! Also, they really think there should be a lot more exceptions to account for the many situations in which it might be necessary to discriminate, for perfectly good reasons. Also, too, there will be no more Liberty, because now religiously motivated mockery of your faggot employees will be just as illegal as religiously-motivated mockery of your blacks and your Asians, and how can you call that freedom? Next thing you know, queers will be bagging groceries just like negroidals, and a decent Christian won't be able to say "Boo" about it.

Happily, though, the Bishops' letter does close on a conciliatory note, emphasizing that they "stand ready to work with leaders and all people of good will to end all forms of unjust discrimination," as long as justified discrimination is protected. Is that too much to ask?