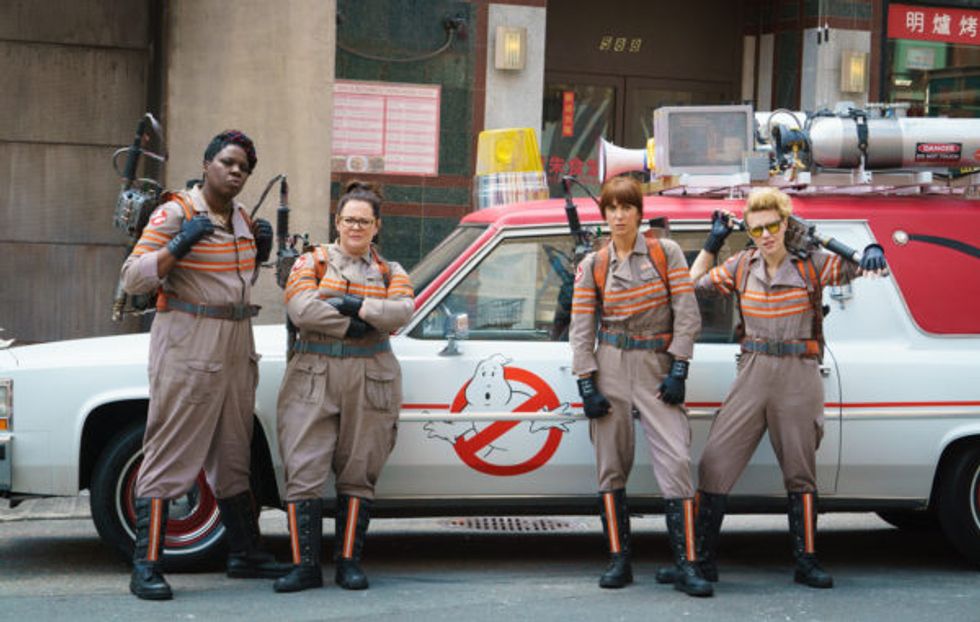 Russia needs a lady premier to make this work, we suggest Ivana Humpalot

Unlike many fanbois of a certain age, we are not opposed to Hollywood show biz remaking stuff we liked from back when we had a narrow waist and somewhat more/better hair. Lady Ghostbusters, sure! An actual transsexual Dr. Frank-N-Furter, why not?

But certain aspects of the 1970s and '80s do not make us mist up all nostalgically and look forward to a modern reboot, namely the "Reagan vs. Brezhnev" franchise and all its sequels (You probably think Gorbachev was the best one, but truefans prefer Chernenko). Unfortunately, the Russian Republic is currently run by a SERIOUS Soviet Union fan club president named Vladimir Putin, who has, like a whole closet of hammer-and-sickle t-shirts, and ill-fitting gray suits, and a blacklight poster with all the Red Army tour dates (1956 Budapest, 1968 Prague, 1979 Kabul, etc.)

So now the United States and Russia are expelling each others diplomats like common John le Carré characters. It all started after a Russian cop ALLEGEDLY roughed up one of our "diplomats," who the Russians claim is a CIA agent (and he may very well be; all embassies house spies and everyone normally just winks at that).

We kicked out two of their guys from DC in June, and last week they responded by kicking out two of OUR guys (including the "spy"), and who knows where this will go? It's all part of a pattern, like Russian jets buzzing American warships in international waters, and Russian ships playing chicken to the point of near-collision.

We do not expect this stuff to improve after Hillary gets elected like she will, because she's probably still mad about Putin rejecting her reset button back in 2009 (ask your racist uncle on Facebook about this; it is totally a thing with teabaggers). Vlad is TRYING to improve relations with fellow power-mad strong men, but it looks like his No. 1 fan in 'Murica is not going to wind up being president at all. Sad!

Here, maybe some Brezhnev-era music will make it better: