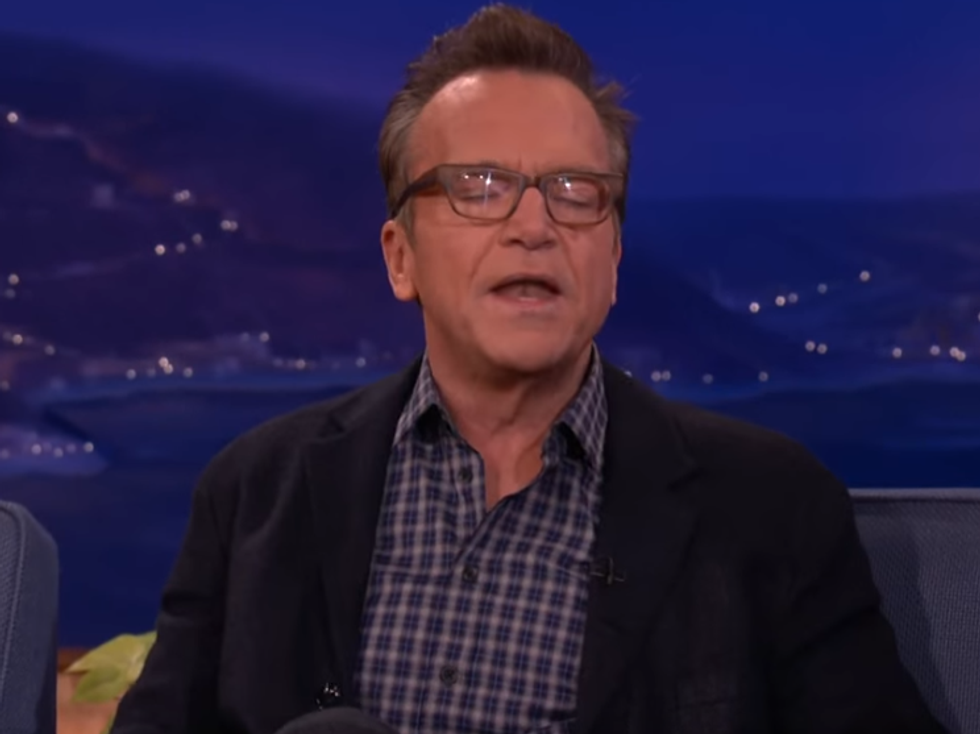 Guy who will save America? Why not.

Back before Christmas, we learned that, because 2016 is weird and bad and needs to go away, Tom Arnold of all people was in possession of what we nicknamed Donald Trump's "whitey tape" (because we are FUNNY), unaired clips from "The Apprentice" that featured Trump being gross and sexist and saying the N-word and calling one of his sons a "retard." You know, just normal stuff that might have helped the media choke on its weird laser pointer obsession with Hillary Clinton's nonexistent email "scandal" in the days before the election.

Well, now we have some more clarification from Arnold himself, via the communication tool known as "Twitter," on what he's seen, what he knows, what's going to happen next, and also (of course) how Arnold and his family have been threatened by white supremacist "alt-right" trolls, for the mere suggestion that he might be in possession of information that could hurt their fuehrer. Arnold revealed all kinds of stuff in an exchange with actor Michael Rapaport, who spent Christmas saying all he wants for Jesus's birthday is Tom Arnold's tapes. Here are many tweets, with our snarky comments interspersed throughout, like Christmas garlands:

Ooh! Tom Arnold is ready for this! Shall we start making popcorn now or wait a bit?

Before he got going on his full tweetstorm (numbered and everything!), Arnold responded to another tweet about what kinda goods exactly he's aware of:

Huh, which advisor is he talking about? We know Alex Jones is cray, but maybe Michael Flynn the older is a Sandy Hook truther too. Wouldn't that be GREAT?

Yes, breaking news, Donald Trump was a disgusting, lying piece of shit as a candidate, and continues to be so to this day. Going on:

Ooh, illegal Russian money dollars! As many have pointed out, just about the only person Trump defers to is Vladimir Putin. Guess the Russian leader has really grabbed Trump by the pussy.

Remember David Corn's excellent investigative piece in Mother Jonesthat suggested that Putin had actually compromised Trump in some way when he was in Moscow, and intelligence workers on Twitter started mumbling about a long-rumored Trump sex tape? (We know, you are vomiting because we reminded you, we are very sorry.)

OK, that is actually sort of comforting! We are just going to need those Watergate-level journalists (whose identities we would not dare speculate about, so that they may continue to do their very important jobs in peace) to CHOP CHOP WORK REALLY FAST, so all this can please come out soon, preferably before the inauguration, before Trump has an opportunity to use his powers as America's first autocratic dictator to start threatening their lives and livelihoods, just like Trump's real dad Vladimir does.

Thank you, Tom Arnold, please keep up the good fight and as we said the first time we reported on this stuff, GIVE IT GIVE IT GIVE IT WE WANT TO SEE IT COME ON, BRO, DO IT FOR AMERICA.