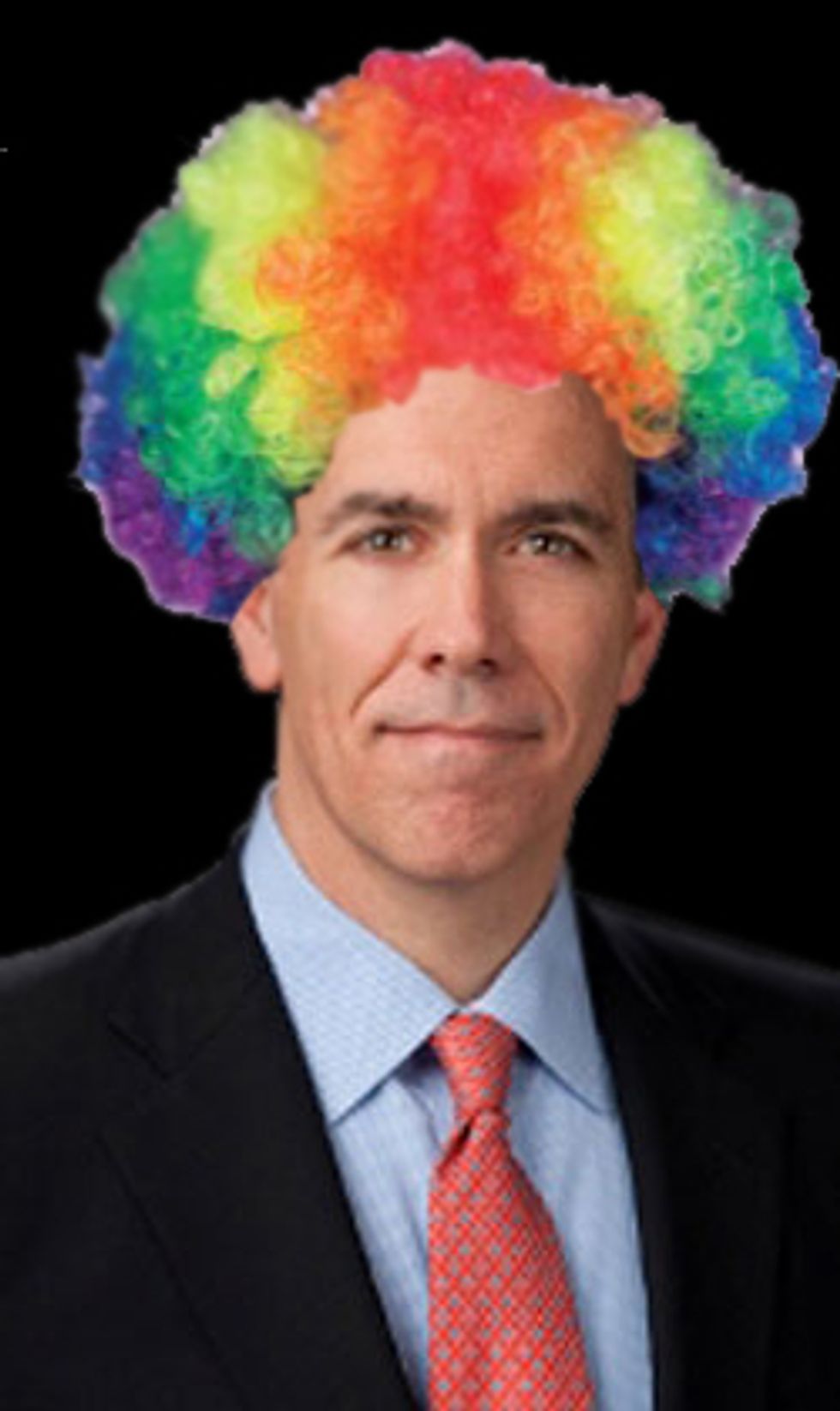 Human feces clumpmedia whore Congressman Joe Walsh lurvs the attentionz! Except when it is about how he is a terrible loser with regard to the actual people who depend on him, his children. Therefore, we will provide this Important Update on the ONGOING SAGA of "why is Joe Walsh such a deadbeat dad?" because that is the only thing he deserves to be known for. Here is some strained reasoning that Joe Walsh wants to share with us today, totally unnecessarily as far as anyone is concerned, except to give us another reason to laugh at him: Walsh now claims he didn't pay $117,000 in back child support payments that he owes, because he and his wife reached a "verbal agreement" that he would stop sending money because he had none (after being elected to a six-figure salaried job in Congress).

From the Chicago Sun-Times:

In a court filing in December, a month after [Joe Walsh] was elected, [ex-wife Laura Walsh] said he stopped paying child support because, he told her, he didn’t have any money.

The congressman, in a court filing Thursday, says he wasn’t making much money, his ex-wife was making good money, and their kids were spending more time with him than with her.

As a result, he could have gone to court and sought a modification of his child-support obligations, though he didn’t take that official step, his attorney said in the court filing.

“He reasonably relied on Laura’s representations and conduct, to his detriment,” the court filing says.

Walsh said he and his wife decided not to formalize their “verbal agreement” in court because “Joe and his former wife were both tired of court appearances and the resulting emotional and financial impact on the family. Neither party had the financial or emotional wherewithal to continue the battle.”

Ah, the old "I wasn't spending much time with my kids, so I don't owe them anything" argument. That's the patented Joe Walsh classiness right there. He's just been so busy, doing almost nothing in Congress! [Chicago Sun-Times]