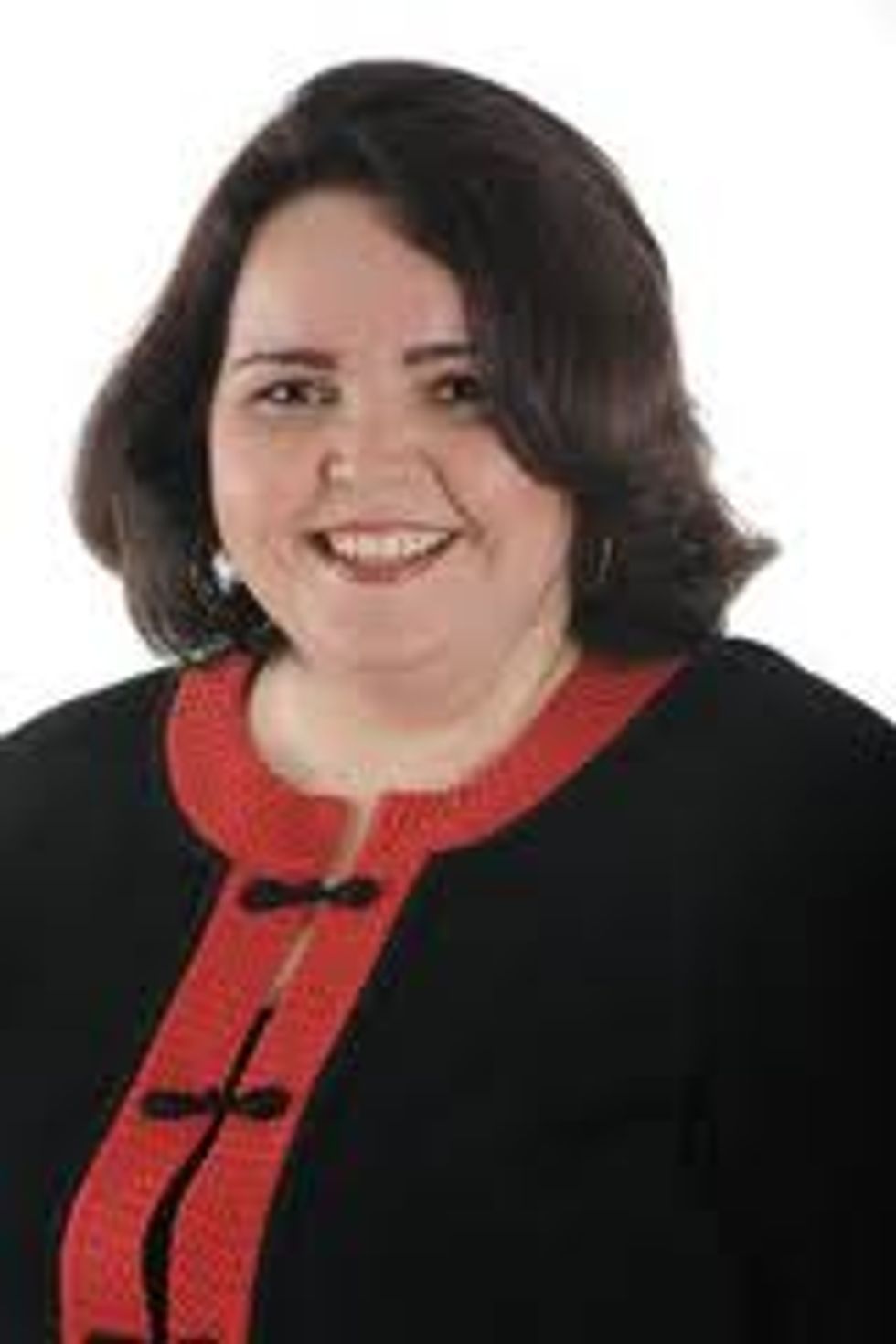 We had such high hopes for the greatest tete a tete of this or any era,When Maggie Met K-Lo. But it turns out, when you get two overly repressed spinsters together to kaffeeklatsch on Gays and Stuff, it is actually really fucking boring. Maggie and K-Lo are all like, boo Karl Rove, boo truces, yay culture war that is how Republicans will win yesterday, today, and tomorrow, boo Gerald Ford (!), and boo taking away the 'civil rights' that is allowing people to vote on other people's civil rights. YAWN, LADIES. It doesn't even have the piquancy of K-Lo's twitstream, which at least is hilariously focused on how we are oppressing the bishops by not allowing them to Torquemada other people's sex lives for them, and also how she tweets novenas like twice a day (and also retweets her own NRO posts like 9 times each, just ICYMI). And nowhere does it question Maggie about how getting ditched by a dude when she was a preggers co-ed leads to the math science of words (LOGIC!) that lesbies and gheyz can't marry each other because that guy didn't marry Maggie Gallagher SAD FACE EMOTICON.

So let's check in on just one question, one VERY IMPORTANT QUESTION, about why is the Supreme Court infringing on religious liberty by not making evangelical Christianisms the law of the land?

LOPEZ: If the Supreme Court overturns DOMA and throws out Proposition 8, what will it mean for marriage? What would it mean for religious liberty?

GALLAGHER: It means the Supreme Court takes away the core civil rights of 7 million Californians to vote on the marriage question. It shuts down the question democratically (and also shuts out therefore the religious-liberty provisions that have accompanied most gay-marriage laws in the states). It means our traditional understanding of marriage, cross-cultural and historical, but including the vision of Genesis, will be redefined as bigotry. And marriage will be undefined in a new way. What is marriage? Why is the law involved in marriage? Why only two people? Why not close relatives too old to produce children? All these questions, which have clear answers in our classic understanding of marriage, become unclear and undefined. The answers we will come up with in the future are no longer certain. I suspect the strongest result will be a renewed push to get government out of the marriage business altogether, and Left and Right will come together to complete the de-institutionalization of marriage.

The feminist radical proposal of my youth in the Seventies will become the conservative orthodoxy of my middle age! Interesting times.

Oh Maggie and K-Lo. Even when you are talking about fathers marrying daughters or grandsons marrying Grandma Millie, you are still fucking dull. Here is the last clip we will pull from this "interview," because LOLWHUT?

GALLAGHER: “Don’t be the bunny” is my advice to them. Yes they are defining us on the abortion issue, on the marriage issue, the “war on women.” And, yes, also on the economic issues the same dynamic is unfolding. When the GOP retreats, the other side defines who we are.

Dok Zoom, as is his wont, looked it up and found that this mystifying reference to not being the bunny is from Urinetown? And it means, don't be stew? But we prefer to think of it as that old-timey preggers test, where you put your lady blood or pee or something in a rabbit, and if it dies you are pregnant or not pregnant, we forget, and then if you are pregnant, you go to Mexico and get a dirty-coat-hanger 'bortion!

We should definitely go back to that.

Also, MENSA is totally waiting for your applications, ladies.