University Of Wisconsin Profs: This Campus Is No Place For Speech 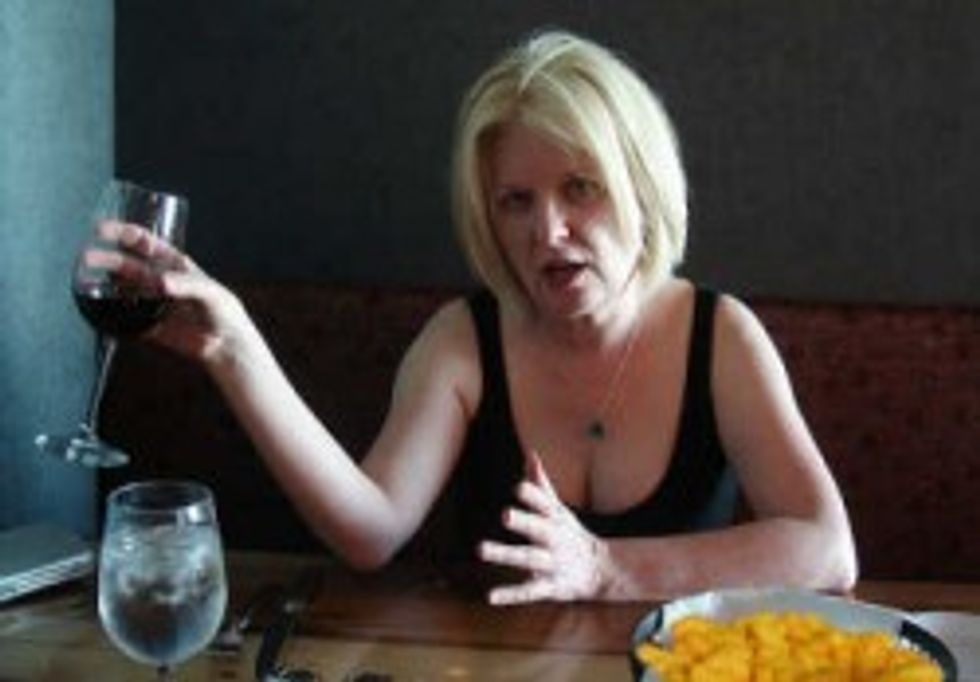 Today, Barack Obama spoke in front of 30,000 supporters at the University of Wisconsin, which is surprising, because a day full of cable news has informed us that everyone hates Barack Obama now after he didn't straight pimp slap Mitt Romney last night.

Anyway, three professors at UW are Republicans ... oh, we mean, very concerned about the disruptive, invasive nature of the event.

A trio of high-profile UW-Madison professors went public Wednesday with concerns about President Barack Obama's planned Thursday campaign rally, saying students who want to attend are unfairly being required to supply a phone number and email address to the campaign, even having to click "I'm In" to get a free ticket at the campaign's website.

"If you want to go to this hugely important and interesting event you have to register with the campaign," said political science professor Donald Downs. "That raises questions."

Conservative academics pissed about liberals on campus, who then e-mailed Instapundit? This is a NEW AND SHOCKING DEVELOPMENT IN ACADEMIA.

But wait, there's more, because if there's one thing university professors are truly excellent at, it's coming up with ways that really awesome things inconvenience them. From Ken Mayer:

"It hardly seems appropriate to shut the central campus down for an entire day, closing offices and seriously disrupting our mission," he wrote. "I have several colleagues who had scheduled exams for Thursday. Surely there were other venues that would pose less disturbance."

University staffers in buildings shut down by Thursday's event were encouraged by administrators to take a vacation or personal day, rearrange their hours before and after Thursday to make up for lost hours or work from home or a different location, Sweeney said.

"This is what pushed me into the seriously annoyed category," Mayer wrote. "The UW is penalizing staff (or, at a minimum, dramatically inconveniencing them) for an event that they had no say in organizing or scheduling."

Why, it's almost like campuses have public squares in which people might want to speak, and in which they have a constitutional right to do so! Obama should have found somewhere else to shove his 30,000 remaining fans than a giant space traditionally reserved for speech, because fuck if a one-day inconvenience will stop the important mission of professorial bitching.

You may read more of Ann Althouse fretting over the phrase "I'm In" on the Obama campaign website here, which seems to be problematic because ... I don't know, she's just terrible.