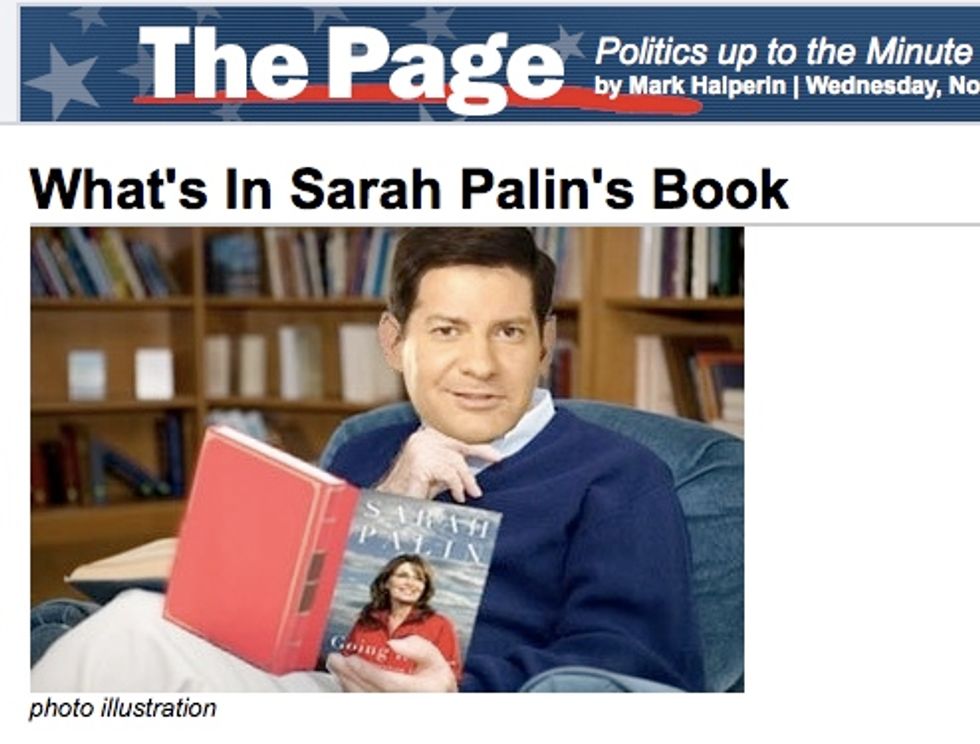 Mark Halperin is that guy nobody likes who writes/jabbers about politics and Washington. In this way, he is alsoevery pundit jabbering about Washington and politics on the cable news, but he is also especially awful. So the world rejoiced a few minutes ago when MSNBC suspended Halperin for calling Barack Obama a "dick." This is what Halperin said, on live television: "I thought he was kind of a dick yesterday." Well sure, everybody thinks Obama is kind of a dick, or totally a dick, but in every case "a dick," but one cannot say this on the teevee, so good-bye forever, Mark! Video? Yes, we have video.

Joe Scarborough and his co-host, Mika what's her name, both fall into fits of terrified giggling, with equally imaginative responses like, "Wow, wow, woah, just yeah, woah, that was, wow, oh boy," because this is what is called "rich white people humor." Naughty words!

But Halperin did not call Obama a Muslim, Kenyan, racist, socialist or Hitler, so technically we would call this an "elevation" of discourse.