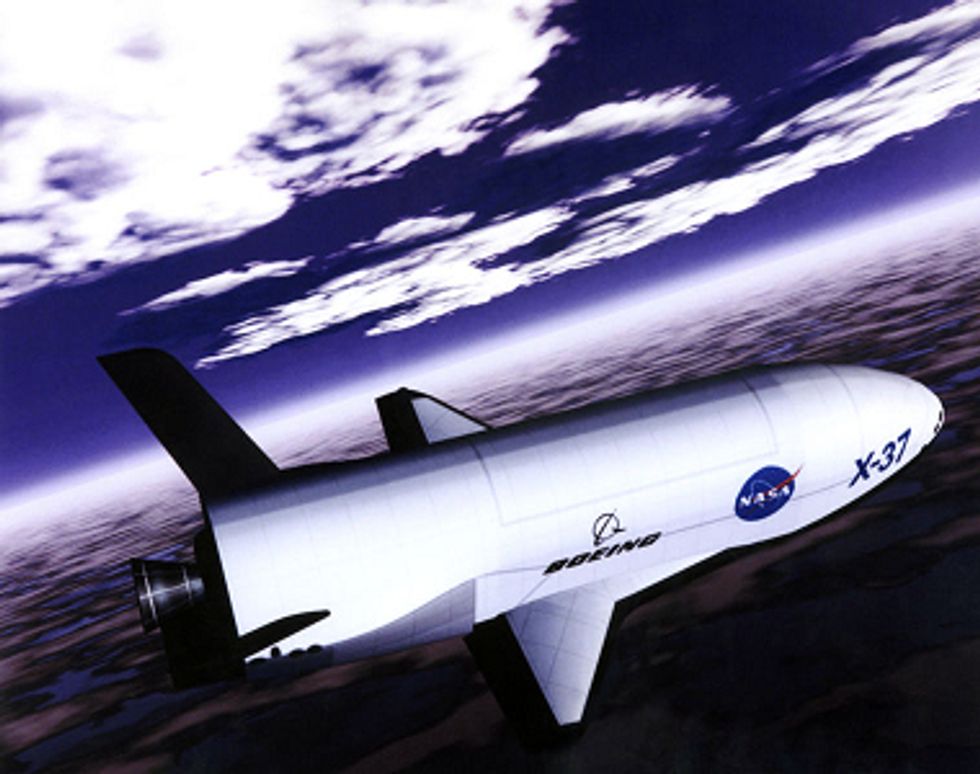 A robotic space plane launched from Cape Canaveral at 7:52 p.m. tonight, and god knows what that even means. The X-37b is a small unmanned orbiter that can stay in space for up nine months at a time and glides down to a runway landing like some eerie 2010 version of, say, a 1970s space shuttle. Nobody will say what it's doing or why it's up there.

This project isn't run by NASA, but by the Pentagon. No wonder the NASA people are so ticked off these days.

Drone craft kill the brown people our government doesn't like and mysterious new pilot-free space planes zoom around the Earth, waiting for a signal. The Time of the Robots is here. The recruiting storefronts in the half-empty strip malls should be going the way of Bed Bath 'n Beyond pretty soon now. [Associated Press/Christian Science Monitor]