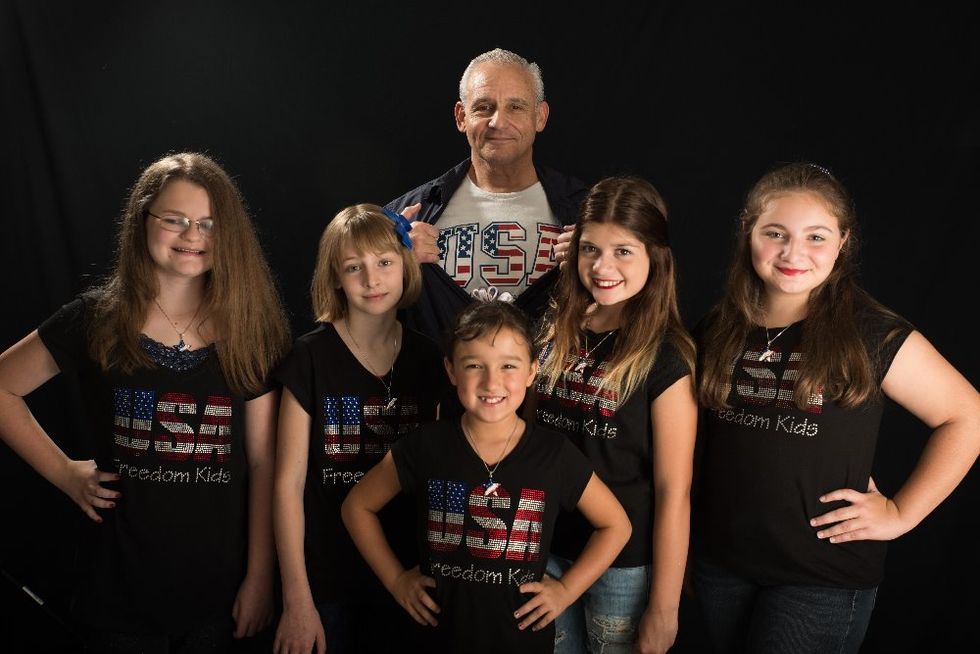 Are you a Liberal Hollywood Celebrity like "Whoopi Goldberg, Jennifer Lawrence, Lena Dunham, Jon Stewart, Cher, Miley Cyrus, Raven-Symone and Al Sharpton" who would like to move to Canada when Donald Trump becomes President of the United States? But are you just not sure you have the requisite funds to make that dream a reality, because it's not like you are a very rich person or anything? Well! You may be in luck!

The USA Freedom Kids, the tween girl band that took the news cycle by storm for about a half a day after performing at a Donald Trump rally back in January, has set up a Gofundme account to raise ONE MILLION AMERICAN DOLLARS to send you and all the other Hollywood celebrities to the Great White North, or whichever other country you choose.

The radical anti-Trump celebrities renounced America, they've renounced all Americans and, whether or not they realize it, they've put a price on OUR country. The rest of us know that freedom is priceless.

The USA Freedom Kids are seeking your support to help fund their travel plans.

Donations to our campaign will pay for moving boxes, moving trucks, freight shipping, and even one-way airplane tickets - FIRST CLASS - to any country they so choose. We'll even provide limousine transportation to the airport; these are celebrities and they deserve to be treated as such.

We do have terms of service to which they'll need to agree; including their consent to NOT return to the USA for the 8-year term that Donald Trump will be president.

Is there a contingency plan for the money in the event that Donald Trump is NOT elected President? Of course there is not. It's hardly as though basically all polling numbers show that it would actually be entirely impossible for him to win enough electoral votes to be elected. There is a plan, however, for how all that money will be spent.

Provided we reach our goal, each celebrity (to be determined at a later date) named will be entitled to a disbursement of up to $25,000. In the event, there is an adequate surplus, the USA Freedom Kids will throw our own Bon Voyage/inauguration party after President Donald Trump takes office ... and donors to this gofundme project will be eligible for an invitation. (There is NO affiliation with Donald Trump or the Donald Trump campaign. But he will be invited to our party!)

There will, of course be other entertainers to take the place of all these celebs. Perhaps, even, a group of middle school aged girls who more than make up for what appears to be a severe case of tone deafness with their patriotism, and a little thing they like to call AMERITUDE.

No, really. They call it that. They even own the rights to WWW DOT AMERITUDE DOT COM.

Surely, this is a really good way to spend your hard earned money, and there is definitely no way that these tweens or that not-at-all creepy dude standing behind them will take the money and run.

Or you could pretty up Wonkette's #Wonkebago and let the editrix buy you convention beers. Will she take the money and run? Yeah probably. She's like that, like that.