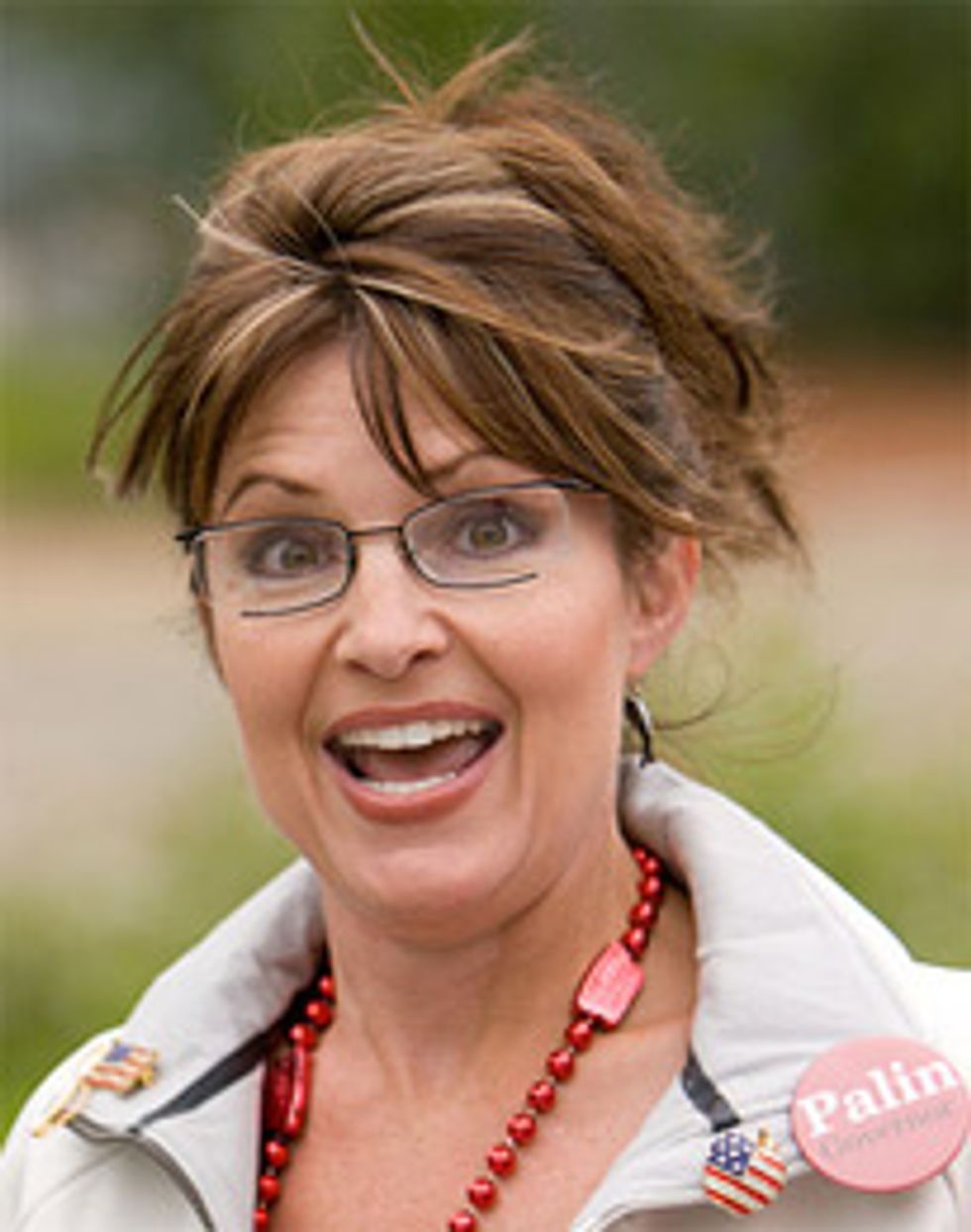 Sarah Palin's whole nutty family appeared in thatUSA Weekend newspaper insert on Sunday, and even a sympathetic publication that only appears in the pro-America America can't help but make Palin and her brood look like a bunch of bird-brained weirdos. The whole cover story is only about 900 words long -- normal for these PARADE-style things -- but it still features many quotable items of unintentional humor/horror. Let's skim this thing and never speak of it again.

Family-values Sarah, who gets professionally photographed about twenty times a day, has never bothered to get her own children and grandchild together for a snapshot. Because there's no money in that, right? Not until the Sunday supplement came to Wasilla, anyway:

"This is the first time we’ve had all the kids together in the same picture!” exclaims an amazed Sarah Palin, flanked by her five children and baby grandson in her Alaskan home. The occasion for this Palin first: helping USA WEEKEND Magazine mark Mother’s Day 2010.

Todd is presented as the stay-at-home dad, even though he always seems to be with the Snowbilly Grifter when she's doing her big-money appearances down in the Lower 48. Oh and that monstrosity medical office/apartment court Sarah's building on the lot next door? Part of it will be a garage for Todd's plane. The reporter can't help but noting that the "driveway strewn with eight pickups and cars makes the small compound’s entrance resemble an auto-repair lot more than the home of a political superstar."

And all those rumors about eldest child/Iraq veteran Track (or whatever, something with "Tr-", maybe "Truffle" or "Truffaut"?) are validated in one casual observation about the "rather-be-elsewhere young veteran" stuck in the house so the reporter could watch the Palin family in action, for this Mothers Day article.

But Sarah just runs away to do her teevee shows!

One minute Palin, 46, is making a baby bottle, checking the latest stream of e-mails on her BlackBerry and asking Piper, 9, if she wants a playdate; the next she’s dashing out the back door, taking off her dangle earrings and doing a live TV shot on, yes, health care reform for Fox News. And this is all during our interview.