Veep Recap: Heavy is the Head 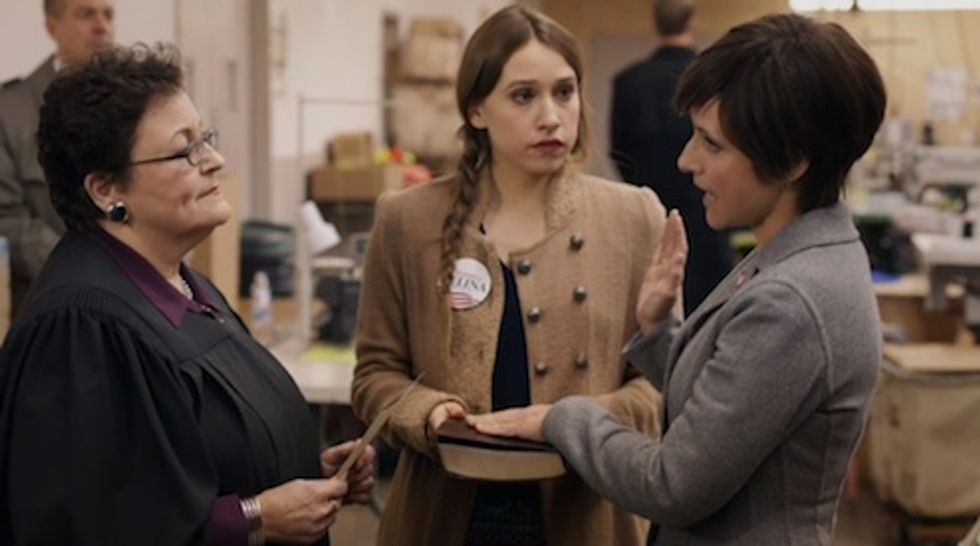 Selina has to repeat her oath, Jonah's back in the West Wing, and we finally learn POTUS' real name on the thrilling conclusion of the two-part season finale of "Veep."

We begin with some montage-y exposition to remind viewers that Selina is now President, including a fake cover of the Washington Post in which we finally, finally learn POTUS' real name. It is Stuart Hughes, and we are still trying to puzzle out all the inside jokes contained on that fake newspaper front page. Stuart Hughes is a present-day English politician, as well as a well-regarded Canadian actor. We cannot figure out what the other four names at the top of the page mean, but two of them (Alex Boundy and Jake Holdsworth) belong to actors associated with the film Concrete Castles. Is there a larger significance here? We have literally no idea and are not going to waste any more time digging through the Google box. Back to the recap.

Selina and the rest of Team Veep is streaking through Washington in the Presidential motorcade and enjoying a good larf about how awesome they all are...