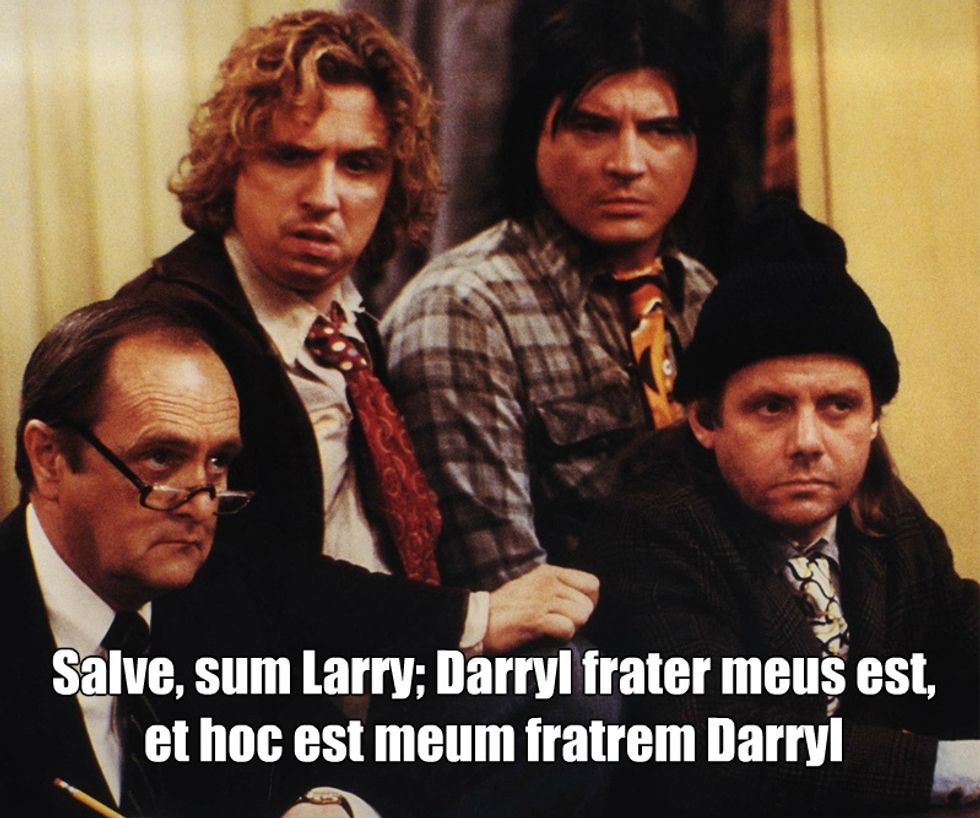 Here's a sweet little story of Democracy in Action. A bright eighth grader writes to her state legislator with an idea for a law: Vermont doesn't have an official Latin motto, so why not adopt one? And for that matter, make it a reference to history? Neato!

So state Sen. Joe Benning -- a Republican who was actually trying to do a good thing, which he has probably learned to never try again -- introduced a bill to adopt the motto “Stella quarta decima fulgeat.” -- May the fourteenth star shine bright." Because Vermont was the 14th state, see? Benning noted that when Vermont briefly minted its own currency, it was engraved with "Stella Quarta Deccima," so the phrase had real historical cachet.

And then Burlington TV station WCAX put the story on its Facebook page with the headline, "Should Vermont have an official Latin motto?" and all Stupid broke loose when morons thought that Vermont was knuckling under to a bunch of goddamned illegal immigrants.

Charles Topher at "If you Only News" collected some of the worst of the over 600 comments from some of the geniuses worried about protecting 'Merca from the invading Latin hordes:

And a bit more:

We are happy to report that Dan Zucker up there is actually parodying all the derp, as we'll see in a moment.

Finally, there was the genius who wrote, apparently without a trace of irony, "Hell No! This is America, not Latin America. When in Rome do as the Romans do!"

Happily, since the news first broke, the literate smartasses have flooded into the WCAX Facebook comments, which now feature a few better replies:

Of course, several people replied to this by excoriating the writer for criticizing the sacred Marine motto.

Dan Zucker popped up again to explain in pure Palinese:

romans is italians. they is not the probelms. we keep boardars closed to chinese who take jobs from russians which is why they speak latin to virus imunization autism shot in the kidney like black lungh subura honey tuna.

So there. A few more:

We're betting that, like Olivia McConnell, the kid whose proposal for South Carolina to adopt a state fossil almost crashed and burned when creationists decided the declaration should insist that the fossil was no more than 6000 years old, the anonymous 8th grade Latin student in Vermont has learned an important lesson about Democracy in America: It is conducted by morons.