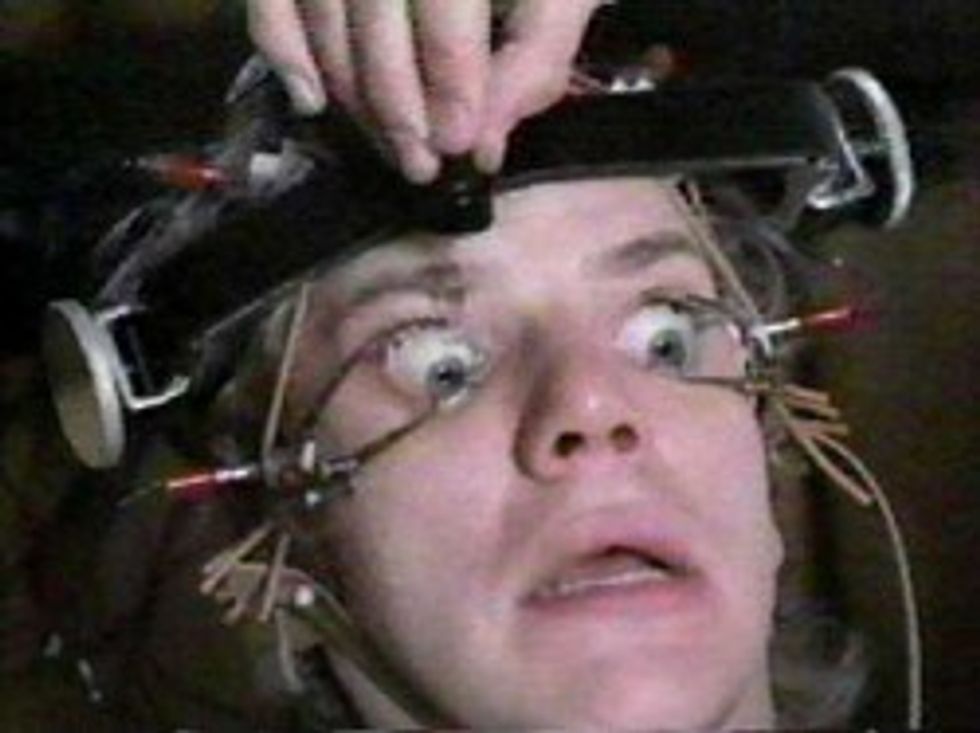 What's the latest news from Freedomland, besides union-busting and Barack Obama bragging about how he can throw you in a Horror Brig and keep you there innaked, solitary confinement for as long as he likes -- even if you're white? Oh, there's this: "A Minneapolis blogger was ordered on Friday to pay $60,000 in damages to an ex-community leader who lost his job because of the blogger's reporting -- even though that reporting was accurate." Why was this snooty blogger even writing about the Truth? Did the Truth do something newsworthy, like finger-bang Justin Bieber's new hairdo during one of Charlie Sheen's cumtastic, cocaine-o'clock orgies? And if so, why didn't the Wolf Blitzer hologram interrupt its exclusive live coverage of "Did Jesus Punish Japan Because Lindsay Lohan Escaped From Rehab?" to let us know? Something fishy is going on.

Yes, here is an excellent news story which explains just how hurtful the Truth is to America:

John Hoff connected Jerry Moore, who was employed by the University of Minnesota to study mortgage foreclosures, to a mortgage fraud. Even though the accusations turned out to be true, the jury ruled against Hoff in a suit and awarded Moore $35,000 in lost wages and $25,000 for emotional distress.

So some jerk studying mortgage fraud was involved in mortgage fraud, and then a concerned jury awarded him $60,000 because someone on the Internet pointed out he was connected to mortgage fraud. Did they pull this jury from a crayon-eating convention or has it really gotten this bad?

Also: Anyone who lied and said that this crybaby mortgage fraudster "Jerry Moore" is not connected to mortgage fraud WILL BE SUED FOR LIBEL.

Also also: If you do not reside in The United States of Sadness and are looking for a man-servant/butler/someone quiet to live under your staircase, please contact this worried blogger immediately at riley@wonkette.com. Serious propositions only. Thank You and may Yahweh have mercy on our tormented souls. [The Village Voice]