Vile Racist Jeff Sessions: It's His Day To Shine! 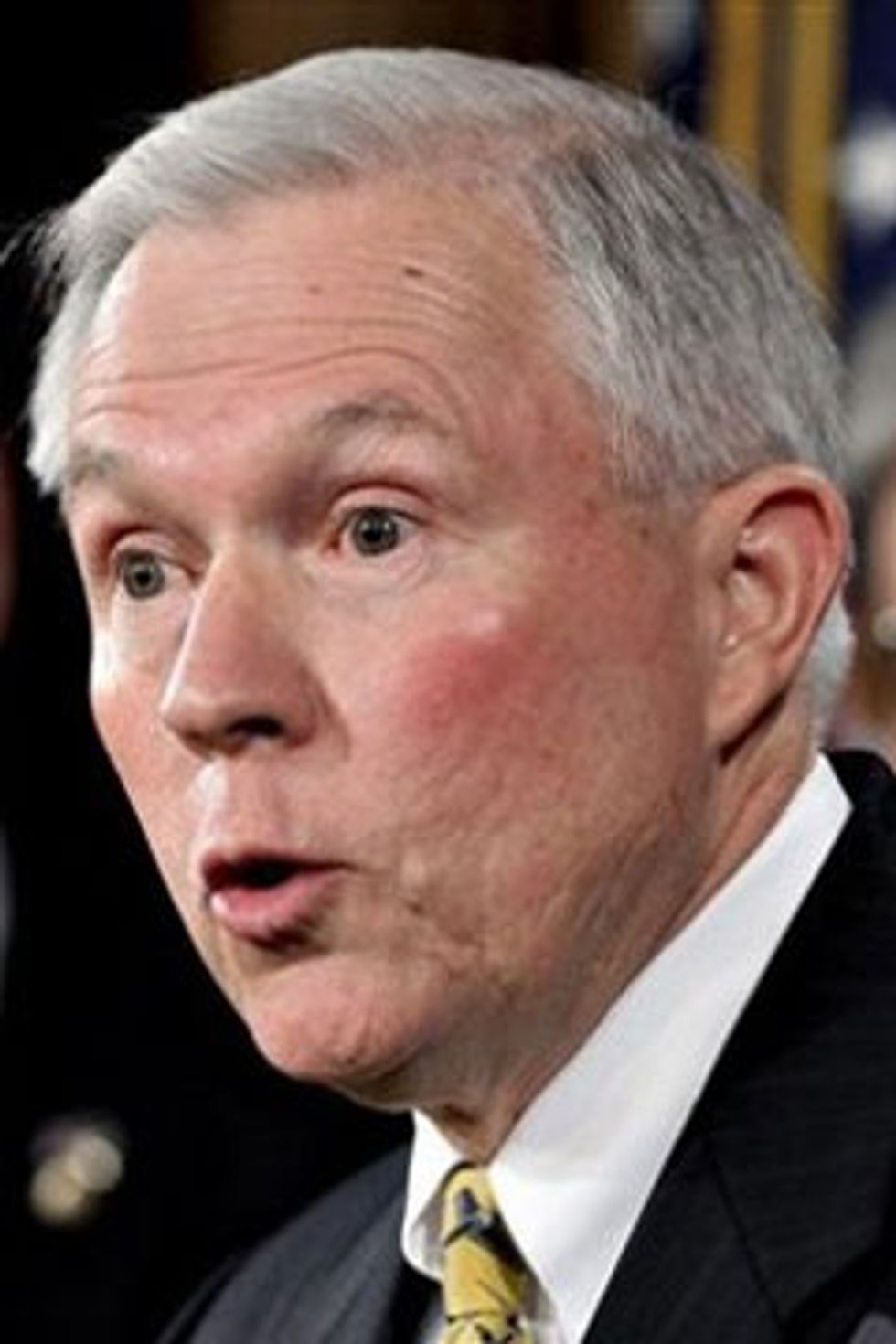 Who is this vile, lisping piglet known as the "top ranking Republican" on the Senate Judiciary Committee calling everybody and everything (mostly Elena Kagan) Communist and Anti-American? Why it's Alabama heartthrob Jeff Sessions, the Reagan-era U.S. attorney in Mobile who, when nominated by the Gipper to be U.S. District Court judge in southern Alabama, was revealed to be a complete racist and Bircher-style paranoid -- the kind of trash who would tell black colleagues that he thought the Ku Klux Klan were "okay" until he discovered some of them were "pot smokers."

Through the course of his confirmation hearings, black and white colleagues described Sessions' constant, blatant racism: calling the NAACP "anti-American," aggressively prosecuting fake "voter fraud" in black neighborhoods while ignoring actual fraud in white polling stations, calling a black U.S. attorney "boy," and describing the Voting Rights Act of 1965 a "piece of intrusive legislation" -- a quote he stood behind during his hearing.

Sessions has never forgotten his humiliation in the Senate. The Reagan Administration had been installing fringe-right racists and anti-Semites throughout the nation's lower courts and U.S. Attorney offices, but Sessions was the first to meet an organized front of opposition. He still seethes, as you can see today at the Kagan hearings.

When he won the office of Alabama Attorney General, his jihad against African-Americans continued -- when an epidemic of racist arson attacks on Alabama's black churches hit the same year Sessions became AG, he steadfastly refused to investigate. He gets a steady "F" from the NAACP on his consistent anti-minority voting record. Sessions is aligned with southern Holocaust deniers, white nationalists and Klan defense lawyers.

GOP Senator Jeff Sessions is an unrepentant racist, and the Republicans have elevated him to their most powerful position on the Judiciary Committee. Talking Points Memo reported back in 2002, "Despite his record as U.S. Attorney, attorney general of Alabama, and senator, Sessions has never received criticism from conservatives or from the leadership of the Republican Party." [TPM/HuffPo/Wikipedia]