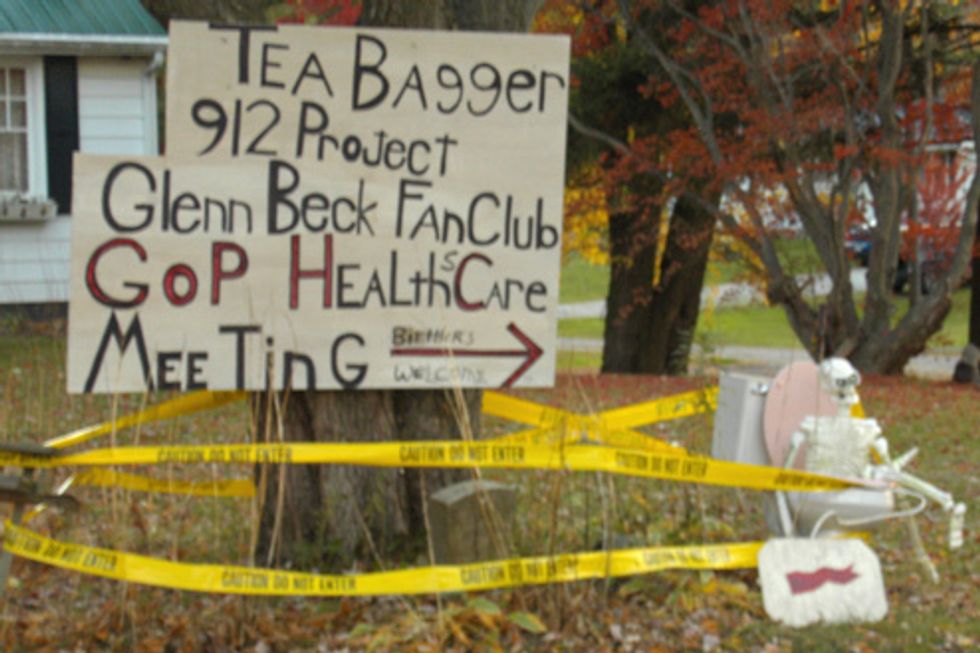 Yesterday welearned that the Lynchburg Tea Party of Virginia was trying to harass freshman Democratic Rep. Tom Perriello at his home, but posted the address of Perriello's brother instead. These teabaggers, led by an infallible Liberty University journalism major, kept insisting that it was Rep. Perriello's house, however. And now someone has cut a gas line at Rep. Perriello's brother's house because all of these people are fucking retarded.

Federal and local authorities are investigating a severed gas line at the home of U.S. Rep. Tom Perriello’s brother, discovered the day after Tea Party activists posted the address online so opponents could “drop by” and “express their thanks” for Perriello’s vote in favor of health care reform.

The gas line connected a propane tank to a gas grill on the home’s screened-in porch, according to sources in Tom Perriello’s office.

According to the Danville Register & Bee site, when Coleman learned that the address actually belonged to the congressman’s brother, he responded on a blog: “Do you mean I posted his brother’s address on my Facebook? Oh well, collateral damage.”

Coleman told The Daily Progress today that he is “shocked” and “almost speechless” at the possibility that someone would sever the propane line to Perriello’s brother’s house.

“I obviously condemn these actions,” he said. “I would hope that people aren’t thinking about doing anything crazy. We just wanted people to get close to the congressman and have their voices heard. Violence is not going to answer anything. I’m a little shocked and amazed.”

Coleman added that he is not certain that the incident is related to the posting of the home’s address. “Of course, we don’t know this is a related event,” he said.