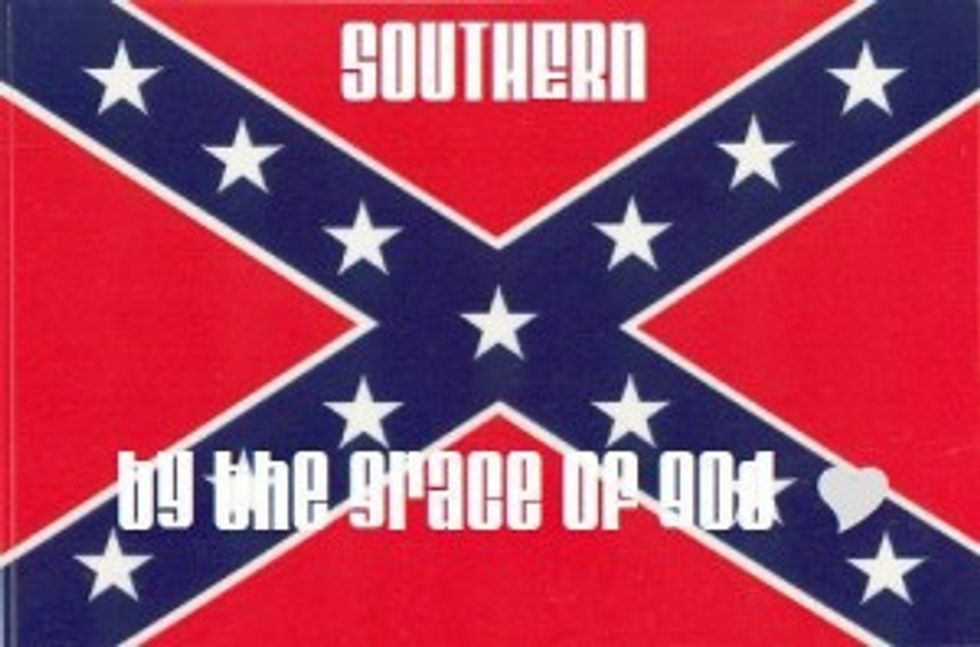 The people of Franklin County, Virginia, are feeling so emotional today, because theirConfederate monument stands tall and proud once again -- hooray! The Confederate-Americans had to live without their rebel-flag statue and prayer tower for three years after some jerk (probably a matured "anchor baby") knocked it down with his liberalism-powered truck and broke it. Does it not warm your heart that even the 1860s have a place in post-racial America?

The old-new monument, which is located in Rocky Mount -- the seat of Franklin County, located just south of Roanoke -- is "something that gives us great pride," said one lady Confederatti, who was on the verge of tears when teevee reporters caught up with her.

"It shows that there's patriotism which continues today from all the wars. We still have people going off to battle and it's kind of the same thing," she explained.

Another townswoman said she called her son to come watch the installation proceedings and have a multi-generational history moment (she also wanted him to bring her celebratory red- and blue-flavored Freezepops.) Also spotted in the crowd was the ghost of Robert E. Lee, who said he's "really down" with Virginia's recentefforts to make Virginia a place where he feels welcome.

Some Franklin County residents are trying to get a different monument established in the town that would recognize people of color, because hey maybe it isn't 1864 after all. But a proposal to make this happen was tabled because "moar input" is needed. "The last thing anybody wants is that this request be divisive in any way," an official told the popular Franklin News-Post. [WDBJ TV]