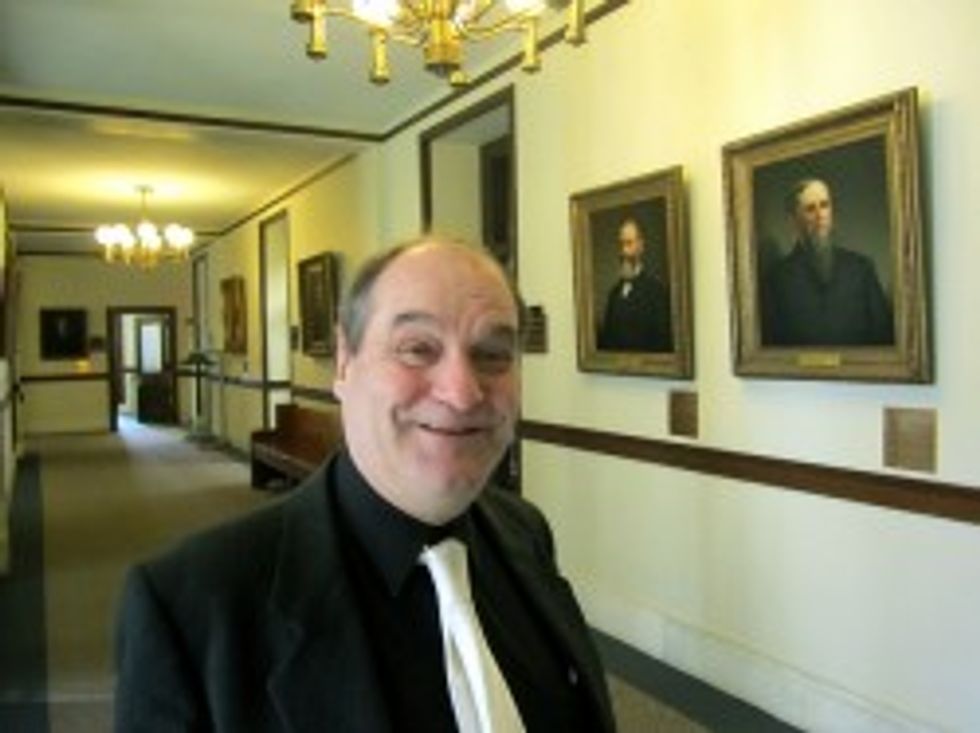 Why was New Hampshire Rep. Steve Vaillancourt so upset in debate over a proposed voter ID law? UNCLEAR. Except that House Speaker William O'Brien "restricted what he could address."

O'Brien had restricted what Vaillancourt could say about the full bill, saying that he could not reference the House Election Law Committee's discussion, only the issues presented in the committee report.

Well who died and made William O'Brien Hitler?

Let us see the newest victim of what James O'Keefe's hard-hitting voter fraud stings have wrought.

Rep. Steve Vaillancourt (R-Manchester) shouted, "Sieg Heil" and moved his hand in the air after House Speaker William O'Brien (R-Mont Vernon) restricted what he could address during a floor debate on an amendment to a state voter ID bill.

O'Brien, who had previously threatened to toss Vaillancourt from the floor, used Vaillancourt's outburst to have the veteran lawmaker moved off the floor. It is the first time in at least a decade that a House member has been removed from the chamber in New Hampshire. House members then voted 238 to 103 to allow Vaillancourt to apologize to the full chamber in order to be allowed back in, setting off further debate when Vaillancourt did not apologize in the manner that O'Brien had expected.

"Part of the apology is to get the record straight. I did not use the word 'Hitler,'" Vaillancourt said before O'Brien ordered him away from the podium.

We don't know why they would bother with voter ID in places like New Hampshire and Vermont, as it's not like they have any minorities they need to keep from voting. Oh, New Hampshire's bill precludes using student ID to vote? Got it. NEW LAW: No youngs can vote, except James O'Keefe, and if she plays her cards right, maybe Lila Rose. (Or maybe she should get back to making a sandwich.) [HuffPo]