Wal-Mart's Billions and the Art Museum of Cruelty: A Christmas Carol 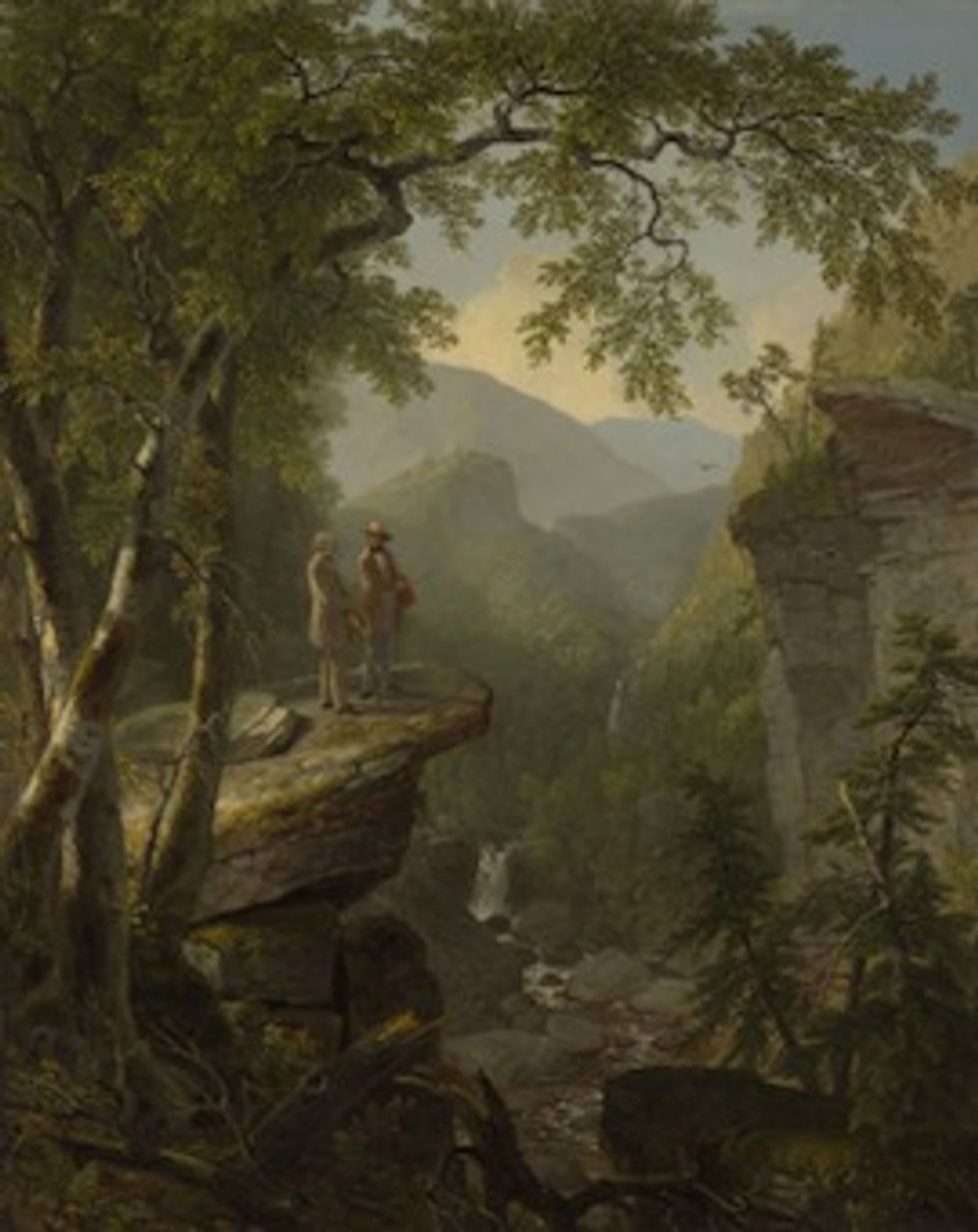 Here is a number we've seen bouncing around this week that really makes us want to fire up the old Yule Log, in the sense that the "Yule Log" is a tightly bound human centipede of the richest hundred humans in America, lit on fire: The six heirs to the Wal-Mart fortune have about $93 billion between them, more money and financial assets than the combined 100,000,000 Americans at the bottom of our crushing economic system. With half of all Americans now officially poor or "near poor" -- which is somehow worse than plain poverty, as "near poor" means you don't qualify for the minimal safety net this country generously offers some of its most desperate people -- it is not a complete surprise that the rich must be very rich indeed these days. But the idea of six heirs to a corporate fortune built upon the destruction of American manufacturing, American small business and the American working class owning more than 30% of the entire nation, well that is the kind of thing that makes us think of Charles Dickens, and the holiday of abject misery and constant war against the impoverished called "Christmastime."

We saw a disturbing full-page ad in the New Yorker last week, showing a banal modernist structure in the Ozark woods, and at first we thought it was another evil marketing campaign trying to sell some earth-rapist brand as "green" or whatever, but then we noticed it was an art museum, in Arkansas, yet advertised to the affluent, culture-vulture readers of the New Yorker, and immediately there was this feeling of nausea because obviously this was some Sam Walton descendent trying to buy some social credibility by dumping a billion dollars into the inflated art market of the world's bored billionaires.

Then there's the museum itself, "Crystal Bridges," built in an Arkansas gulch behind Wal-Mart's headquarters and funded by a $675 million Wal-Mart endowment. This is the same company that just announced it will no longer sell health care coverage to its hundreds of thousands of laborers who can't get more than 25 hours of work each week, and has substantially raised the premiums on its already squeezed low-wage full-time employees. The average Wal-Mart employee makes less than nine dollars an hour, or $352.40 per week gross. It is no wonder that Wal-Mart leads the nation in having employees who require public assistance -- welfare, food stamps, medical aid -- in order to survive.

Alice Walton bought herself a repugnant temple to her own inherited wealth and the American Dream her wretched family helped destroy.

It is filled with American paintings, because the Waltons can at least be relied upon to be jingoistic nationalists. Where else could six heirs to a brutal retail megamarket's founders own more than a third of the nation, simply for their luck in being born to the Right People? Where else could a business that has done more than any other business to cheapen and scar the entire American landscape then turn around and throw nearly a billion dollars at a fine art museum dedicated to natural American landscapes? What a country!

The day is coming soon when the "Ghost of Christmas Past" (enraged armies of impoverished Wal-Mart workers) will appear at the bedside of Alice Walton, but then the story is going to switch over to A Tale of Two Cities ... the Paris part, not the London part.

Wal-Mart needs to be run out of business, its awful stores razed, the building materials recycled, the profits distributed to the millions of workers broken by Sam Walton's monstrous, frothing greed. Its headquarters must be destroyed, its vulgar museum leveled, and the American masterpieces within distributed to local libraries. If the Wal-Mart buildings weren't such awful assaults upon the eye and soul and land, they too might be re-used as museums for the people, indoor gardens, roller-skating rinks, whatever. But they are irredeemable. They, like the half-dozen Walton heirs with their $93 billion of ill-gotten inheritance, must be torn down. For Jesus ... for Christmas! [Bloomberg/Cryptogon/Berkeley Blog]