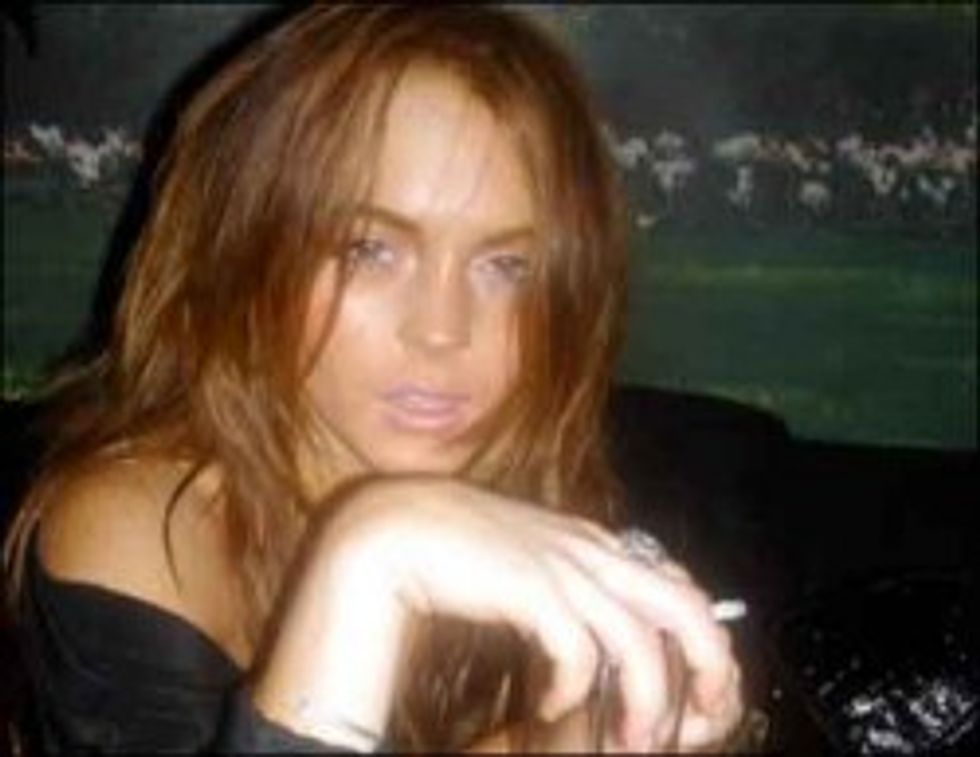 You guys, Lindsay Lohan just does NOT know what to do about this whole "presidential race" thing, and it is seriouslystressing her out!

Earlier this month chronically underemployed former child star Lindsay Lohan said she was supporting Mitt Romney because "employment is really important right now," but Politico reports that on Monday she retweeted a message from the Obama campaign: “RT if you’re #ProudOfObama as our commander in chief." Then, securing her position as the nation's most undecided voter, Lohan deleted the tweet and declared that no one is more stressed about this historic decision than she is. “Nice work to both @BarackObama and @mittromney..." wrote Lohan. "i’m so relieved that its over. Maybe more than both of you..severe anxiety-God Bless xo L.”

First, Lindsay Lohan, you should see if you can find some sort of stress-reducer, maybe in pill form? Probably in your purse, right there next to the cocaine, heroin, PCP, LSD, mescaline, mushrooms, vodka-tampons and meth.

Then you should shut the fuck up, because you probably aren't even registered to vote.