Wall Street Journal: Homeless People Just In It For All The Free Soup 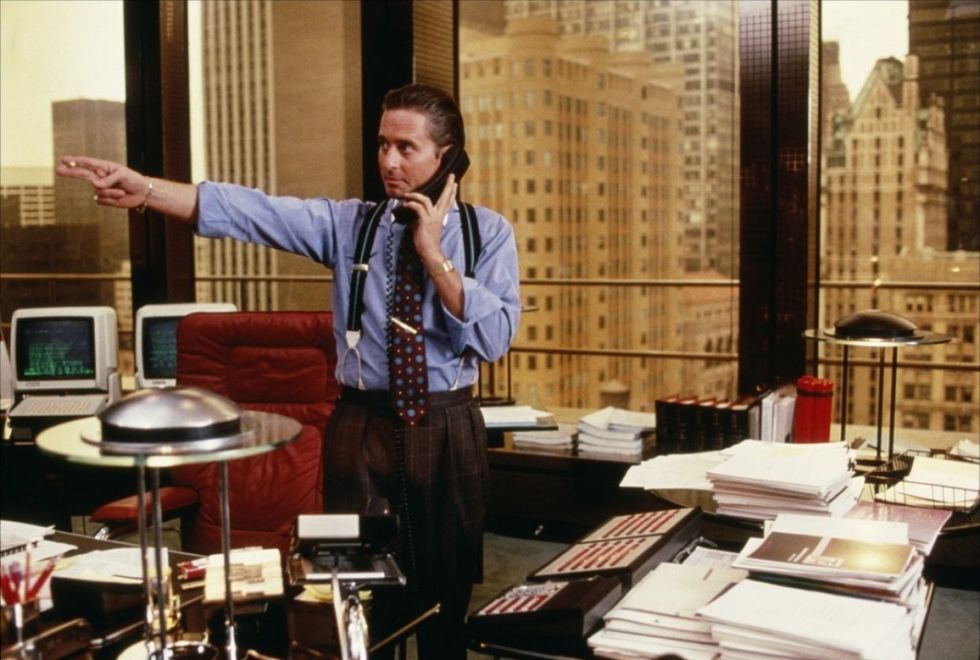 Hedge fund manager Andy Kesslerhas figured out the true cause of homelessness: people lose everything and live on the streets because interfering do-gooders provide all those sweet cots and delicious soup-kitchen meals, and if people really wanted to help the homeless, they'd stop wasting their time volunteering, make more money for themselves, and go create some jobs. This insight is folded into Kessler's larger point, which is that these awful millennial kids are all well-off and spoiled, like his 16-year-old son, and just volunteer to assuage their guilt or because it looks good on their college application. The real question is why Andy Kessler isn't hard at work drafting the 2016 GOP platform. Then again, maybe he is -- Jeb Bush tweetered about it yesterday, saying "Andy Kessler speaks the truth."

Kessler explains that he's not really against charity, since it seems to keep the young folks busy at least, but he sure is cheesed off at how unproductive it is for the people who volunteer, as well as just encouraging lazy poor people to be leeches. He illustrates this point by making an example of his aforementioned teenage son, who he mentions has a jerb at Jamba Juice, and who also

volunteers with an organization that feeds the homeless and fills kits with personal-hygiene supplies for them. It’s a worthwhile project, and I tell him so—but he doesn’t like it when our conversation on the way to his minimum-wage job turns to why these homeless folks aren’t also working. Perhaps, I suggest, because someone is feeding, clothing and, in effect, bathing them?

It's kind of sad, like Homer Simpson telling Lisa, "It's okay honey, I used to believe in things too." We don't get his son's side of this conversation; stupid kid probably just rolled his eyes and repeated some liberal mantra about "mental illness" or "lack of affordable housing," when everyone knows that the real problem is do-gooders giving people fish instead of teaching them to fish (oh, and by the way, the fishing hole's been rezoned as an industrial waste lagoon, please move along). Our own 16-year-old son is volunteering this summer with a group that teaches English to refugees; we're going to have a word with him about how he's just encouraging more dirty Foreigns to come here for all the free tutoring.

Anyway, Kessler wants to address the really important question about these kids -- Kessler calls 'em "Generation G," for "guilt," because he literally seems to think that all people his son's age are the children of horrible hedge fund managers -- and their economically unproductive volunteering:

Where does the money come from that funds all this Gen-G volunteering and charitable giving? Somewhere, somehow, someone worked productively and created wealth that could be given away (and tax deducted) to help the unfortunate.

Where indeed? Possibly through tax and regulatory policies designed to help hedge fund managers get stinking rich, and to progressively move the bulk of wealth in our economy from the middle to the top? Of course not, don't be RIDICULOSE! All that money comes from the hard work of people exactly like Andy Kessler, who create jobs for people like Andy Kessler. If people like Andy Kessler's son want to really help the poor, they should get filthy rich themselves (oh, they will anyway) and lift all the boats:

Given the massive wealth created in the U.S. economy over the past 30-plus years, it's understandable that the mantra of the guilty generation is sustainability and recycling. But obsessing over carbon footprints and LEED certifications and free-range strawberries and charging for plastic bags will not help the world nearly as much as good old-fashioned economic growth. Gen-G will wise up to the reality that the way to improve lives is to get to work. If Woodstockers figured this out, so will they—as soon as they get over their guilt.

So snap out of it, America! The more hedge fund managers we have, the fewer homeless people there will be, once their enablers come to their senses and stop throwing sandwiches and little packets of soap at them. It is only logical, because you don't see any homeless people in rich neighborhoods, now do you?