Walmart Has To Pay $31 Million For Retaliation-Firing An Employee, Hooray! 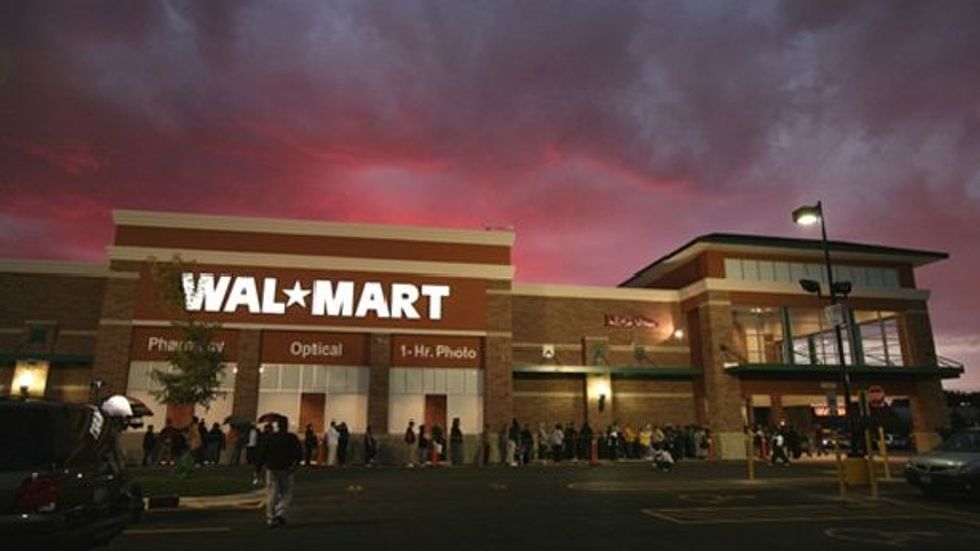 There needs to be a special term for schadenfreude where Walmart is concerned. Sure, we love to see bad things happen to most big companies, but seeing Walmart taken to task for its heinous treatment of employees is satisfying in a way that could probably only be matched if it were happening to Comcast.

Such is the case today, as a federal jury in New Hampshire (state motto: "See, Things Occasionally Happen Here That Aren't The Primary") has ordered the big box chain to pay more than $31 million in damages to Maureen McPadden, a former 13-year employee with the company. RUH ROH! It seems Walmart committed both gender discrimination and unlawful retaliation against McPadden after she contacted both the Chief Compliance Investigator of the New Hampshire Board of Pharmacy and her Walmart District Manager over public health safety concerns in August 2012. See, Walmart was trying to cut corners by leaving the pharmacy understaffed with inexperienced employees, and McPadden wasn't cool with that.

Call us crazy, but it seems to us that unsafe practices in a pharmacy could lead to some really terrifying situations. Prescription drugs are kind of something you don't want to make mistakes with, at least if you don't want to see your neighbor naked on the roof firing a shotgun at imaginary flying weasels while screaming about the Federal Reserve. That sort of behavior is frowned upon in New Hampshire (in contrast to Florida, where it's just referred to as "Wednesday").

Anyway, Walmart was after McPadden's job after she reported them, and they finally got her in November 2012 when she misplaced her pharmacy key. You might be saying "Well, that's a reasonable thing to fire someone for," and you might be right, except for a) McPadden followed protocol and reported the key missing immediately, and b) another employee did the exact same thing and was merely disciplined rather than fired.

Well, at least Walmart can't possibly have done anything even more dickish than simply firing McPadden, and -- hahahahaha, we're just kidding, check this shit out:

In Sept. 2012, her doctor advised she take a two-week medical leave from the store. When she returned, she learned that a pharmacy technician had not only accessed her private health information, but had then told others at the pharmacy about the plaintiff’s use of prescription sleep meds. Given that this unauthorized disclosure of private medical data is a violation of the law, the plaintiff took her concerns about the incident to the District Manager.

But rather than fire or transfer the worker who had illegally accessed the plaintiff’s file, the District Manager reassigned that employee to the loss prevention department in the same store.

Walmart has, of course, said it's going to appeal the decision, which is about what we'd expect from the Living Font of Malignant Corporate Avarice. While it's probably impossible this could somehow result in a jury awarding McPadden even more money, we can but dream.