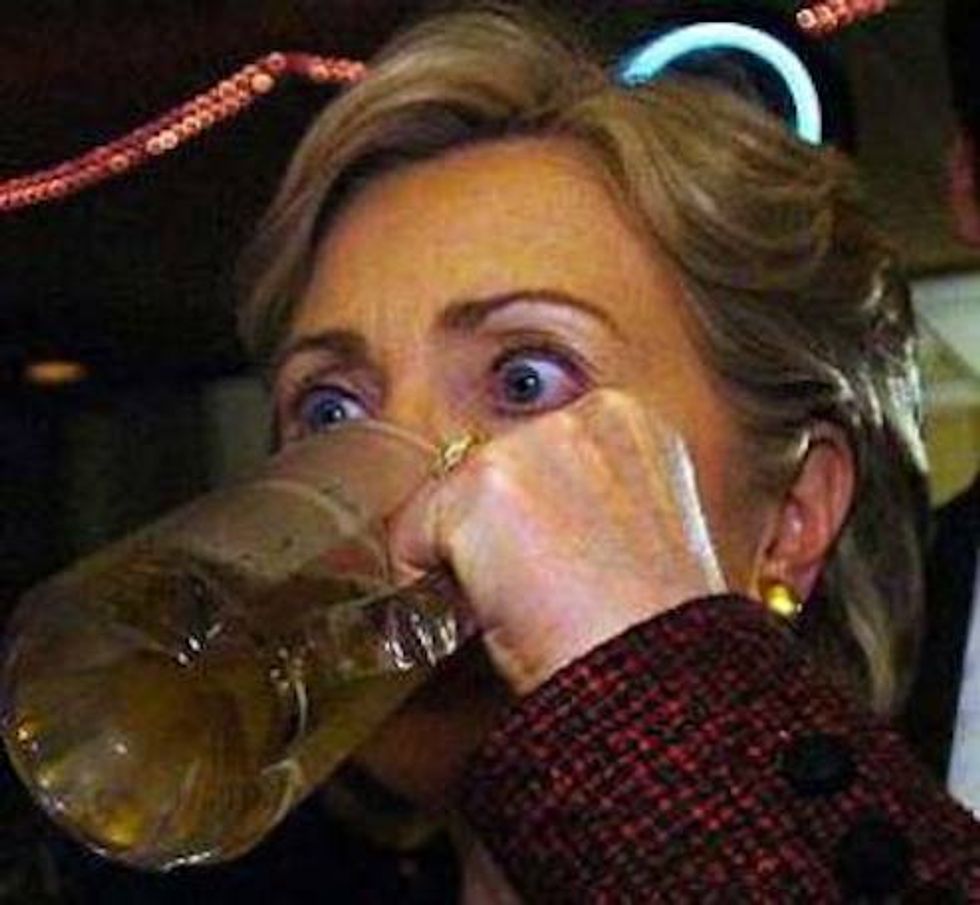 Normally, we rely on our sister site, HappyNiceTimePeople.com, to cover people who are famous for being famous. But every now and then, some no-talent celebrity decides to wade into politics, despite a complete lack of resume and credentials, and we are forced to mock them back to the realm of do-nothingness. Giant-headed moon enthusiast Newt Gingrich helpfully brought the latest sad sack wanna-be politician to our attention, per Raw Story:

“First Lady, Senator, Secretary Clinton is very famous for being famous,” Gingrich opined. “And as long as she can continue to be famous, she will be famous.”

Seriously, what has Hillary accomplished? No famous parents and not even one sex tape! Preach on, Newt. Preach on.

Hillary has done nothing of note at all, other than marry a President. Not. One. Thing. Let’s review those nothings.

Besides, celebrity Hillary also totally failed at being Secretary of State because after she was done Secretarying, Vladdy Putin invaded another country.

“The fact is, she reset the relationship with Russia so well that you currently have the occupation of Crimea, and the potential occupation of Ukraine,” the former House Speaker insisted.

She is totally to blame for that. Also Benghazi. And the JFK assignation. And Family Guy getting cancelled the first time. She is definitely the reason that that bitch Megan Johnson rejected you for prom and you were stuck going with Heather Horseface.

Moral of the story is that famous-for-being-famous people suck and should never be President.