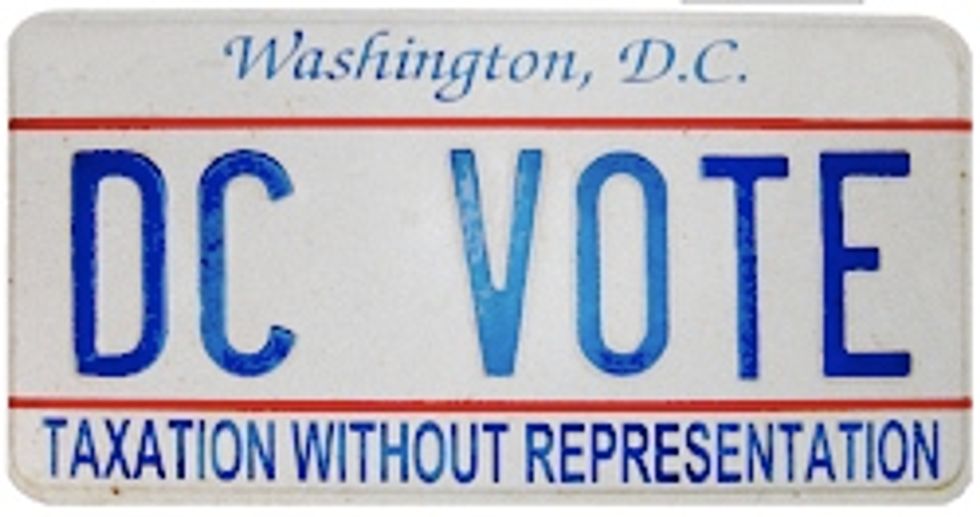 Imagine you've been asked to come up with a process to collect unpaid property taxes, and because you're a terrible person you've decided that your process will be as painful as possible for the property owners while remaining at least tenuously legal. Do you think you could do better thanWashington, D.C., where private investors who buy liens are permitted to inflate the amount property owners owe by tacking on thousands of dollars in legal fees and interest, then moving to foreclose and take sole possession of the property as soon as the statutory six month payment window is closed? We bet you could not! One retired widower Marine's $134 property tax delinquency became $4,999 after it was purchased by a private investor and larded up with fees. He lost his home. The whole thing. That was worth $197,000. If you need us, we'll be at the barricades.

Or maybe we'll just blog about it some more. Here, let WaPo stoke your righteous rage:

One 65-year-old flower shop owner lost his Northwest Washington home of 40 years after a company from Florida paid his back taxes — $1,025 — and then took the house through foreclosure while he was in hospice, dying of cancer. A 95-year-old church choir leader lost her family home to a Maryland investor over a tax debt of $44.79 while she was struggling with Alzheimer’s in a nursing home [...] Not only did [Coleman] lose his $197,000 house, but he also was stripped of the equity because tax lien purchasers are entitled to everything, trumping even mortgage companies.

HOW IS THIS LEGAL? OK, yes, you should pay your taxes. But what is the justification for a law that gives the entire value of a house to some third party if the government's goal is just to settle a three- or four-digit unpaid tax bill? Why is the original owner entitled to none of the value of the house? Because fuck you, we guess, and probably because the companies buying the liens and stealing the homes of cute old people tend to give larger campaign contributions than cute old people.

Other places acknowledged abuses years ago and took steps to guard against them. New York City won’t allow tax liens to be sold on homes owned by low-income seniors and the disabled, as well as veterans. Some counties in Michigan have scrapped tax lien sales altogether and collect the money themselves. Maryland, fearing that taxpayers were being gouged, limits the legal fees to $1,500.

Because we know you come to Wonkette for half-baked policy suggestions, here's one: If you think people actually should risk losing their homes over unpaid property taxes, maybe the law should be that they're entitled to a percentage of their equity back after the sale? Because poverty sucks, and we want less of it, maybe? And a half-baked legal question: could the Fourth Amendment prohibition against unreasonable seizures possibly be used to stop this practice in court and remedy past abuses?

But there's a silver lining! Judging by the comments on the WaPo article, liberals and conservatives agree that this is a bad thing! There's shockingly little of the usual "Typical of blahs not to pay their taxes / This is Fannie Mae and Barney Frank's fault!" It's a September 11th Eve Eve miracle, Charlie Brown Person whose home was foreclosed on!

Oh, and BREAKING as we struggled to put a wacky spin on this depressing hell of a story: D.C. Mayor Vincent Gray is gonna do something about this bullshit! He really sounds like it too!