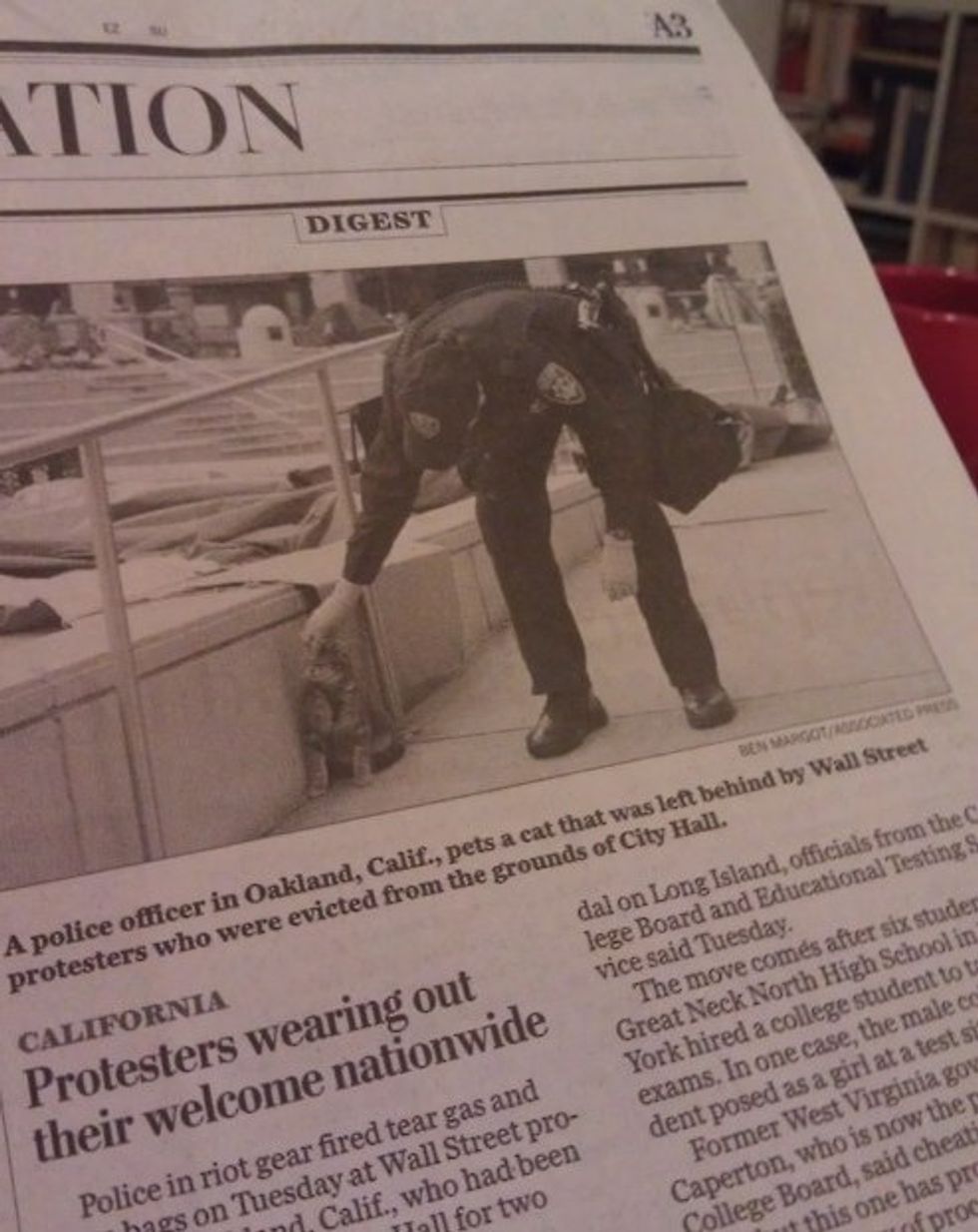 Faced with endless photographic documentation of theinsane violence of 500 riot cops against a group of protesters in Oakland, the Washington Post editors proved they are good Kaplan 1% corporate lackeys and choose this picture of ... a riot cop petting a kitten. Not just any kitten, though. According to the Washington Post, the shameful excuse for a newspaper in the nation's capital, it's a kitten that was cruelly left there by the evil protesters. Hooray for the cops! Protesters hate kittens.

And via Boots Riley, here's what happens when the cops shoot tear gas canisters into crowds:

Chicano journalist Rubén Salazar was assassinated by the Los Angeles County Sheriff's Department with a tear gas canister shot through his skull, back in 1970. He had been told by the cops that his coverage of the anti-war Chicano movement was too sympathetic, and he was killed at point blank range by a sheriff's deputy who was never prosecuted. [Washington City Paper]