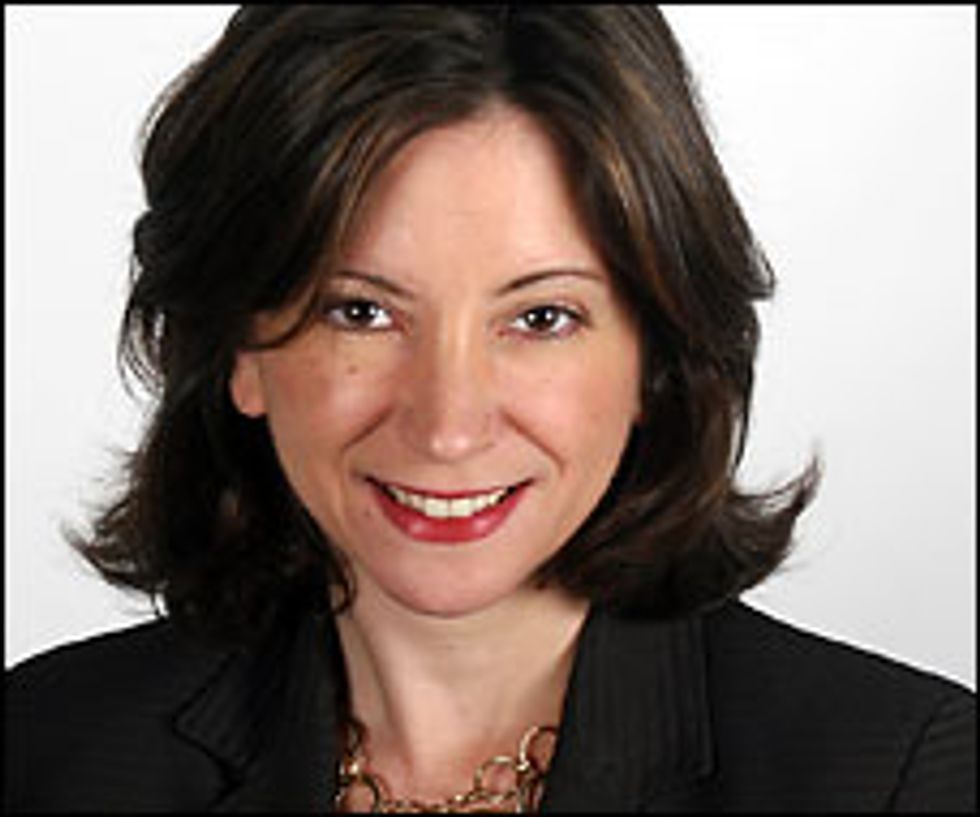 It's time for our weekly feature about funnyWashington Post reporters who also photograph well. (This is the first and last installment.) Meet Anne "E." Kornblut, WaPo national politics ace reporter. On that washingtonpost.com chat thing yesterday, she admitted to writing some kind of hilarious fake Bush acceptance speech poem, typed "LOL" in response to a Jesse Helms joke, and said this about Hillary maybe trying to still get the nomination: "She really does seem to have moved on in my view. Her supporters are another matter." [Washington Post/Fishbowl DC]