Watch This YouTube Video Before Jihadi Psychopaths Murder You 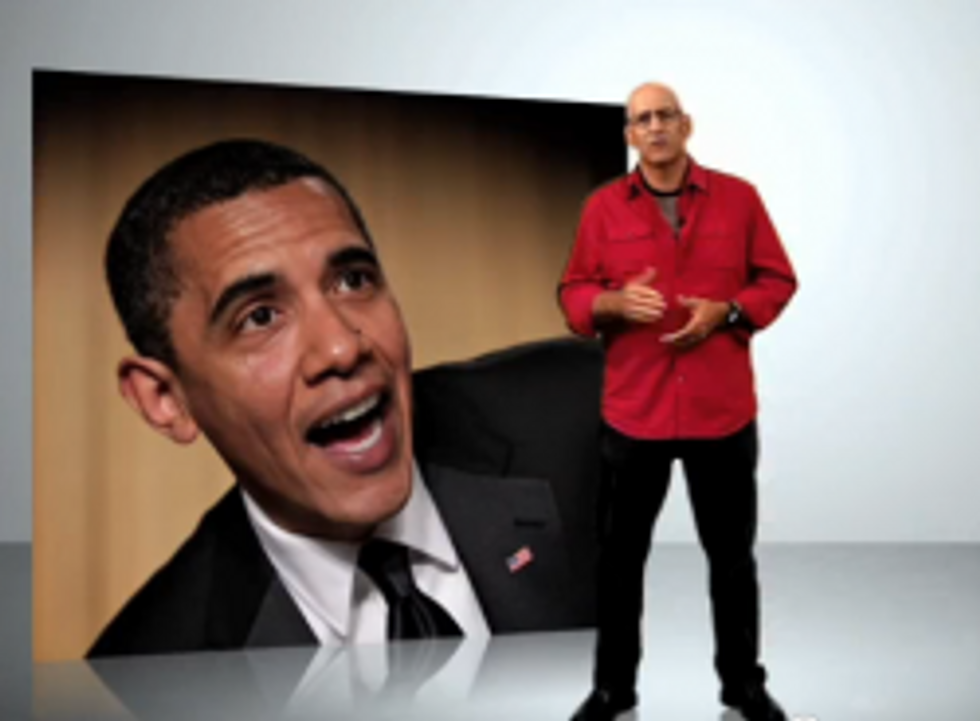 Andrew Klavan is a crime novel writer and contributing filmmaker on Pajamas Media's PJTV Internet teevee station, which, when we just clicked onto it in order to gift you with its URL, offered this top story: "The Star Hustler: An Eclectic Genius Who Believed We Are Each Unique." Whoah, trippy, man -- gimme a motorcycle and some Zen rage and let's blast "Born to Be Wide" and head on down the highway to the next Tea Party rally-adventure. Anyway! We were talking about Mr. Klavan. He has a new movie out, called "Does Islam Suck?," in which he answers his own question.

Wearing a RedState-colored shirt, Klavan (pronounced CLAY-van) talks about piety, dental bridges, psychopathic jihadist-murder people, "those lovable rapscallions" the Islamics (recently signed to Drag City), a "gigantic German mouse," and "cute, penguin-like Carmelite nuns." Watch and discover how it all fits together into a seamless argument against the Ground Zero not-mosque:

The Cordoba Muslims have a problem with "cruel triumphalism," a characteristic that sucks just like they and their sucky center suck, says Klavan. Also, President Obama is clumsy, wears plastic lapel flowers and falls out of the Oval Offices sometimes. And he seemed so cool and collected.

But seriously, does Islam suck? Klavan says we'll find out! It seems to depend on whether the Cordoba Islamics take their cruel suck palace down the road, or build it on top of our broken hearts (which live next-door to the New York Dolls Gentleman’s Club). [YouTube]