We Are Accidentally Creating Our Own Untreatable Plagues, Whoopsie 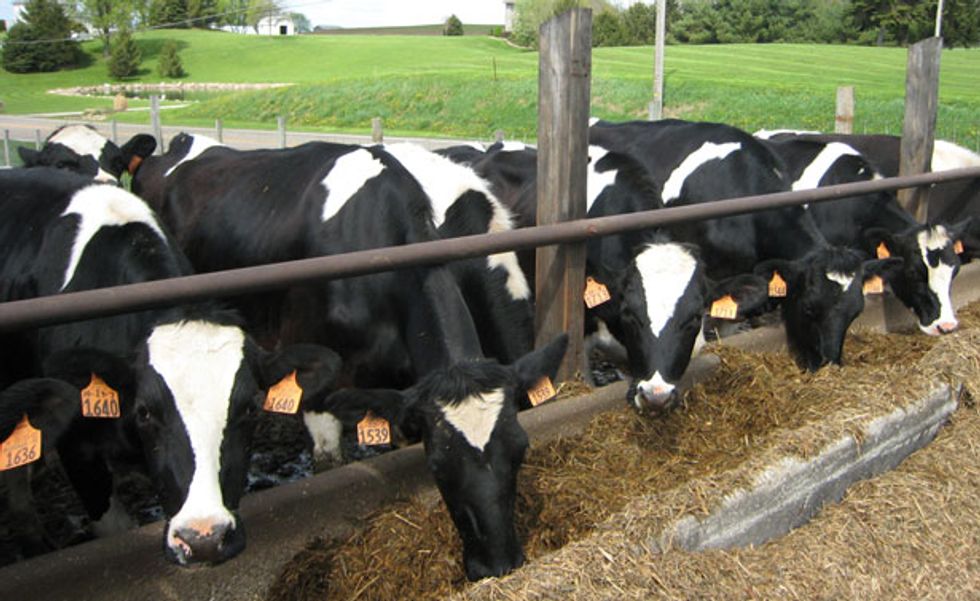 Ebola sure was scary in 2014, wasn't it? It wasn't nearly as bad as that outbreak of Haha-We're-So-Hosed Disease, though. Oh, you're not familiar that one? YOU WILL BE.

A new review commissioned by UK Prime Minister and occasional porcine necrophilia fetishist David Cameron further confirms what the CDC and virtually every worldwide organization devoted to tracking the spread and development of infectious diseases has been telling us for quite a while now: We are effectively creating our own global pandemics through blatant antibiotic overuse in livestock. It is Wonkette's solemn and crucial duty to point out that global pandemics are very bad.

Contrary to what extremely dumb internet commenters will tell you, eating the meat of animals who have been treated with antibiotics is in no way directly harmful to humans, because that's not how biology works. Instead, antibiotic overuse is a huge problem for an entirely different reason: natural selection.

Right now, we give shitloads -- up to 80 percent of the total number of antibiotics used in the U.S. per year -- to livestock, both to preemptively ward off illness and to tubby up animals so we can stuff more of them in our faces faster. Historically, human beings have acquired the majority of our deadly diseases from animals, usually livestock (E. Coli tacos, anyone?). All that exposure to antibiotics just makes bacteria develop greater resistance to them. In essence, we're manufacturing "superbugs" through forced natural selection. Darwin's a bitch, huh?

It's also a problem that causes much gnashing of teeth and rending of ThinkGeek T-shirts among some very smart people. The Centers for Disease Control and the World Health Organization have been sounding the alarm bells since at least 2013. From the WHO's 2014 global report on antibiotic resistance:

"Without urgent, coordinated action by many stakeholders, the world is headed for a post-antibiotic era, in which common infections and minor injuries which have been treatable for decades can once again kill," says Dr Keiji Fukuda, WHO's Assistant Director-General for Health Security. "Effective antibiotics have been one of the pillars allowing us to live longer, live healthier, and benefit from modern medicine. Unless we take significant actions to improve efforts to prevent infections and also change how we produce, prescribe and use antibiotics, the world will lose more and more of these global public health goods and the implications will be devastating."

This is about as close as these groups -- somber organizations made up of somber people in somber lab coats -- get to shrieking "AAAAAAAAAAAAH! AAAAAAAAAAAAAAAH! WE'RE SO MANY KINDS OF FUCKERED!" Unfortunately, in 2014, the FDA and U.S. courts had a chance to do something about it, and basically said "LOL, nah," continuing the long-standing FDA policy of asking big agricultural companies to maybe pretty please consider stop using so many antibiotics if it's not too much trouble.

The problem is less systemic in Europe, where controls on antibiotic overuse in animals are somewhat more stringent, but as the UK review shows, it's still an issue even there. As the review notes, bacteria are now developing resistance to even so-called "last resort" antibiotics, the medical nuclear option. The review concludes that to halt the rapid spread of drug resistance, global agricultural antibiotic use would need to be sharply curbed (and in some cases, banned altogether). That would require the U.S. agricultural industry to make serious concessions to its own profit margins -- or for Big Government to force them to do so.