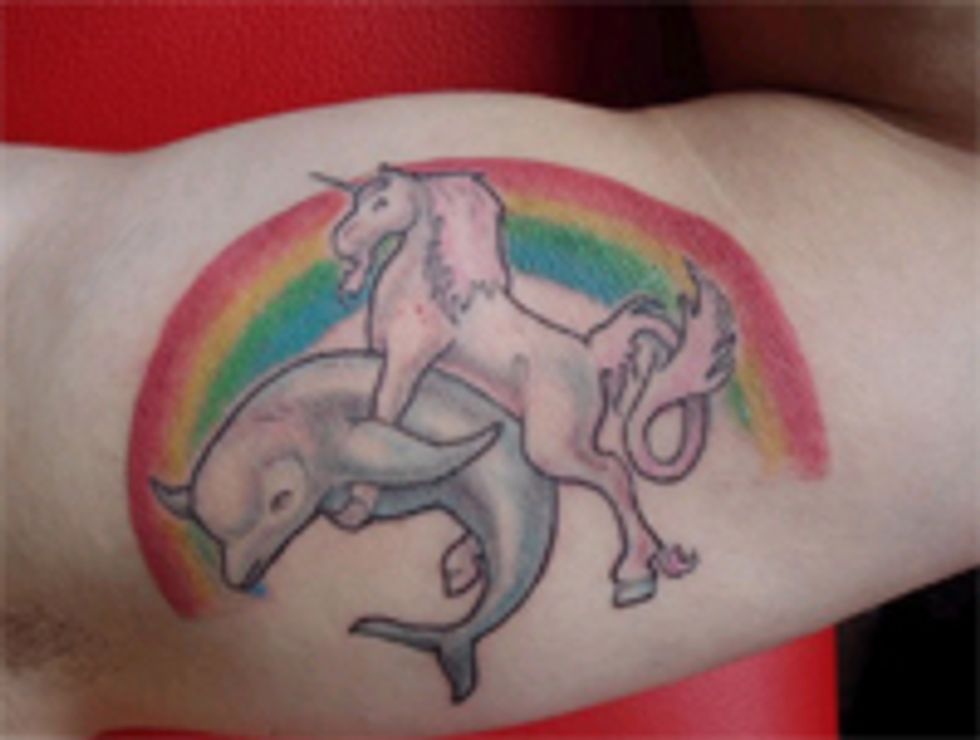 You know how theNew York Timesturned down John McCain's editorial because it was boring or whatever? We think we found it -- it's running in the Washington Post today, cleverly disguised under the pseudonym "Richard Cohen," and it's a full-on Andy Rooney-style rant about the youngsters and their awful tattoos (pictured, left). Today's horrible tattoos are symptomatic of our decadent moral decline, whereas the horrible tattoos of yesteryear actually stood for something ... or so says one angry, drunken geezer.

I recall a tiny scandal of some years back when it was alleged that George Shultz, then secretary of state, had a tattoo of a tiger on the nether reaches of his body. This was credible because Shultz had gone to Princeton, where such tattooing was once customary for undergrads, although not, I hope, for the faculty. (I am thinking now of Einstein.) I also know a Navy man who had a bicep done in World War II, not that it stopped him from becoming executive editor of The Post. I withhold his name out of consideration for his family.

Man, that John McCain is a stitch when he breaks out the gin and has sex with Peggy Noonan.