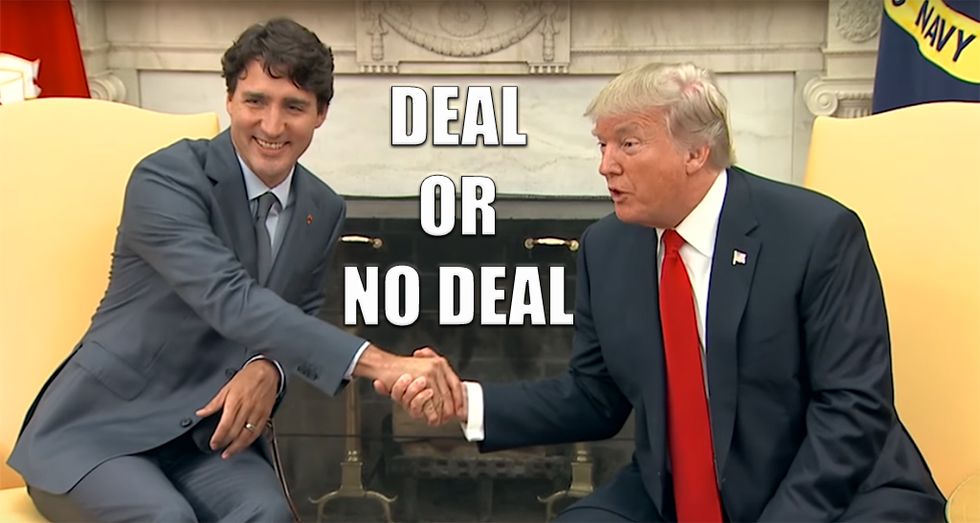 Richard Gerson, Jared Kushner's hedge-fund bestie, is being investigated by Robert Mueller after he turned up at that meeting in the Seychelles with Erik Prince and the ghost of Richard Nixon.

Investigators from the US Attorney's office sat down with James Comey, trying to figure out what the fuck happened between him and Andrew McCabe.

Though they're making significant progress, Robert Mueller and his team of extraordinary investigators have cost taxpayers about $16.7 million to investigate Trump-Russian fuckery, or "less than a quarter of what Ken Starr spent investigating Bill Clinton."

The demand for coal from Asia is slipping, so Trump's Energy Department is considering a bailout of the dying coal industry through a Strategic Electric Generation Reserve which would see Uncle Same buying coal in the interest of national defense to protect against cyber attacks and extreme weather. Yes, that's as convoluted and obtuse as it sounds.

The Government Accountability Office has been left gobsmacked as the Trump administration refuses to cooperate with investigations into presidential travel, security concerns, and a host of other issues.

Trump is considering as many as 13 other pardons, and there's really no rhyme or reason to any of them.

After they were caught trying to use bullshit video from James O'Keefe, federal prosecutors dropped charges against seven inauguration protesters, and announced they won't use his bogus home movies video as evidence in any future court proceedings.

While the Trump administration tries to shoot its way out of serious problems in schools, Betsy DeVos went to an elementary school to learn sympathy from first-graders.

Fox News has a story that proposes using giant water cannons to knock down walls in an effort to stop school shootings, or protect victims -- we're not sure, it's a stupid idea.

The EPA formally submitted a plan to roll back Obama-era emissions standards, and freeze them at 2020 levels. After all, there's no "Earth" in MAGA.

The House Oversight Committee wants to interview two of Scott Pruitt's aides in connection with its investigation into Pruitt's free-wheeling, taxpayer-funded lifestyle.

As he sipped on a Blood Mary, John Boehner revealed that he's cool with marijuana and gay sexing now, but he also thinks that Trump finally killed the Republican Party.

Yesterday we told you all about the the incel congressional candidate, Nathan Larson, but last night HuffPo called him up and he admitted to being a pedophile. (No, they didn't credit us, why would they.)

House Republicans continue to buck Paul Ryan and sign on to a petition to force a floor vote on immigration as they face attacks on their left and right.

Trump is endorsing Republican incumbents instead of the wingnut anti-establishment insurgents threatening to create chaos in Washington. There can be only one!

Good News, everyone! Louisiana has restored voting rights to felons!

Republicans are NOT happy with Trump's trade war, and they're already sounding off in fear of being held accountable by voters in flyover country.

Your secret Canadian boyfriend Justin Trudeau says that Mike Pence killed Trump's NAFTA renegotiations after Pence called him up and made an indecent proposal.

The internal policy squabbles of Trump's economic team keep spilling out into the public, highlighting not only Trump's ignorance to global markets, but his storied incompetence as a businessman.

As the Paris Agreement becomes more and more uncertain without US involvement, the Pope will try to put the fear of God into energy CEOs next week during a special meeting at the Vatican. The meeting comes as oil companies get ready to start drilling in the Arctic National Wildlife Refuge.

No, you're not going crazy, teens really are unable to disconnect. A new poll by PEW research that finds 95 percent of US teens have smartphone access, and 45 percent are constantly connected.