We Regret To Inform You There Is More News About Donald Trump Jr.'s Rambunctious Penis 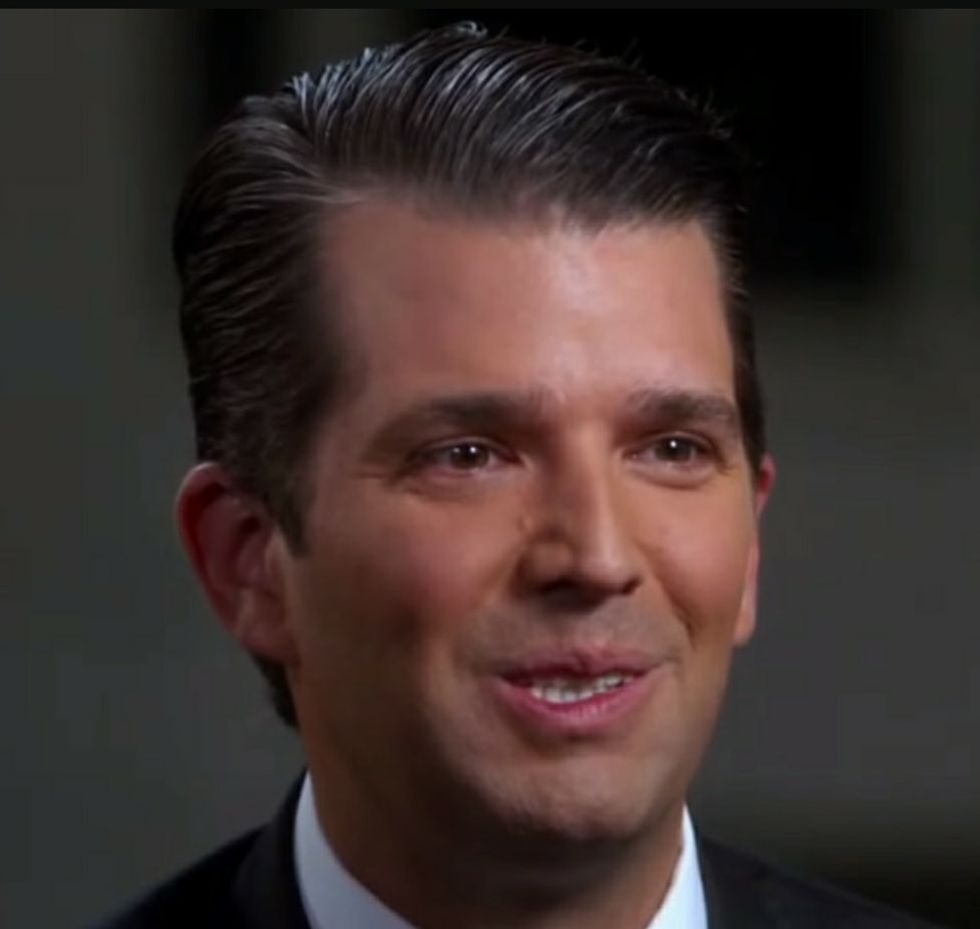 When we last left the saga of Donald Trump Jr.'s divorce AKA Vanessa Trump's Blessed Escape From Mount Dipshit, we were reviewing musical selections written by some reality TV show lady named Aubrey O'Day, as she worked through the end of her fuck-boning adultery affair with Junior in song. We were then, as we are now, very concerned for Ms. O'Day, as we cannot imagine being a person who sees Donald Trump Jr. as The Man That Got Away. We cannot imagine hating to see him go but loving to watch him walk away, because LOOK AT HIM.

Well, there is new news on the denouement of what was certainly one of the world's great passionate love trysts, the kind of thing that must've made Shakespeare sit right up in his grave and say "SHIT YO MOTHERFUCKER, can a dead guy get a pen and paper in here, because it's SONNET-THIRTY!" According to noted journalism organ Us Weekly, Junior and Aubrey were so serious about their affair he was saying he was going to leave his wife, and they were trying for a baby, and that is definitely the real reason Junior refused to use a condom with his extramarital paramour, because they were TRYING, so don't you go saying this is another example of Junior trying to win his dad's approval by being JUST LIKE HIS DAD, who doesn't wear rubbers when he's mushing his dick up inside the non-Melania population of the US and A. You bet.

“Don told Aubrey he wanted to have a baby with her,” the insider says. “They were trying for one.”

Also, know how Danity McAubrey was so sad after it ended that she wrote those bad songs? Yes you do, because we just said that. Well turns out, according to Us Weekly's source, that Junior was very sad too:

“He’d call Aubrey and leave long voicemails telling her he still loved her over and over,” the source tells Us. “He’d cry and say he was nervous his wife would take the kids away.”

Oh no, and now we are picturing Junior crying. That is a thing that makes us feel human feelings about him. To know that he has feelings, just like a REAL BOY.

Trick questions, those are just his normal face, which looks like that because he has a fucked up face.