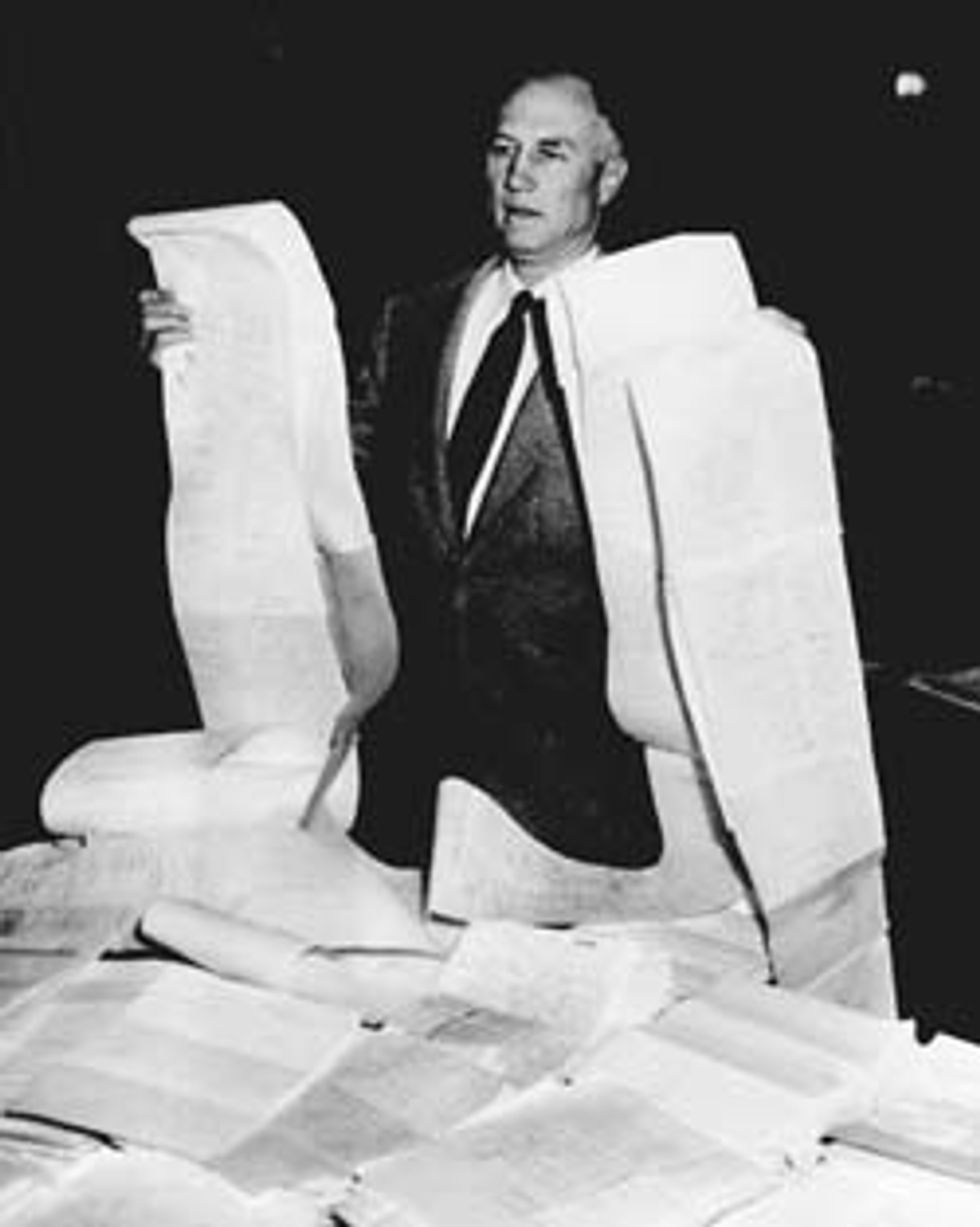 Roll in the cots, break out the pissin' jugs, and refrigerate your "second dinner" of cold cuts and potato salad! For the Democrats are considering keeping the Senate in session all night, or at least until the mean old Republicans stop yapping about socialism, or at least agree to open debate on "FinReg," which they have refused to do one million times already this week. Yes, John McCain, you can wear your jammies.

How very uncouth this would be!

Senate Democratic leaders are planning for an all-night session to put more pressure on Republicans to allow a debate on Wall Street reform.

Republican senators voted for the third time in three days on Wednesday to block an effort to bring a reform bill to the floor.

"I think so, that's our plan," Durbin told The Hill.

“There’s some appetite in the caucus for that,” said a senior Democratic aide. “We may be going in that direction.”

Can you feel that appetite for attrition on the Democratic side? "We may be going in that direction." That is some naughty-speak! WAR! WAR! WAR!

(This will be the most boring thing in the history of earth, if it even happens.)