Wonkette's Top Ten Is BACK IN ACTION!

News
Rebecca Schoenkopf
November 17, 2018 10:36 AM
You guys should be friends with our friends Jon and Deb too

I told Evan to go ahead and skip the Top Ten, and I would write it at ya, to thank you for sending me to #Mexico and give you baby pictures of #Mexico, and you know what that bitch did? He started the post anyway and put all the links in it, like some kind of common helpful DOK. He either would like a raise, or to ensure that ONLY HIS POSTS WERE ADDED BY "BEYONCE."

Let's learn, together, about what happened this week while mama did vacation like a common Michelle Obama, spending all the GRRR TAXPAYER MONEY all la-di-da, going to Spain to see the king!

10. WTF Is Happening In Georgia? A Lawsplainer Of All The Courts Kicking Brian Kemp In The Jimmies Right Now. Did Brian Kemp get kicked in the jimmies? Is Stacey Abrams Madam Hotness now? Can somebody read this and tell me what happened? Aw shit, NOPE.

9. CNN: Give Jim Acosta Back His Press Pass Or HE WILL KILL AGAIN. This one I know about. They sued Trump, Trump lost, Trump declared FLAWLESS VICTORY.

7. Trump White House So Mad Everybody Thinks Matthew Whitaker Is Dumb Unqualified Meathead Dickbrain. This one should have it too, I don't know, I was on vacation. Have you been on a vacation lately? I recommend them A LOT.

5. Here Is Your Bloody Kurt Vonnegut Again, For The Centenary Of The Armistice. I didn't read this, but several people sent us money for posting it, so it's probably really good. You should read it, and then if you want you should send us money.

2. Sean Hannity Cannot Believe Michelle Obama Would Be So Crass As To Bring Up Trump's Birtherism. I feel like I know what this post is about just from the headline. WE ARE SERVICEY.

1. The Top 6 Signs Robert Mueller Is About To Indict The Sh*tfire Outta Some Folks, According To #Science. My friend Deb was reading this one while I was on vacation at her house in #Mexico and she was laughing and laughing, so it's probably good.

Now, if you didn't see it before, buy our KAMALA 2020 T-shirts, designed by my husband, hand-machine-transferred by me, and packaged up and sent to you by my son and daughter-in-law, so there SHOULD be a lot fewer messed-up orders than when I was fulfilling them, my goodness I am bad at things! 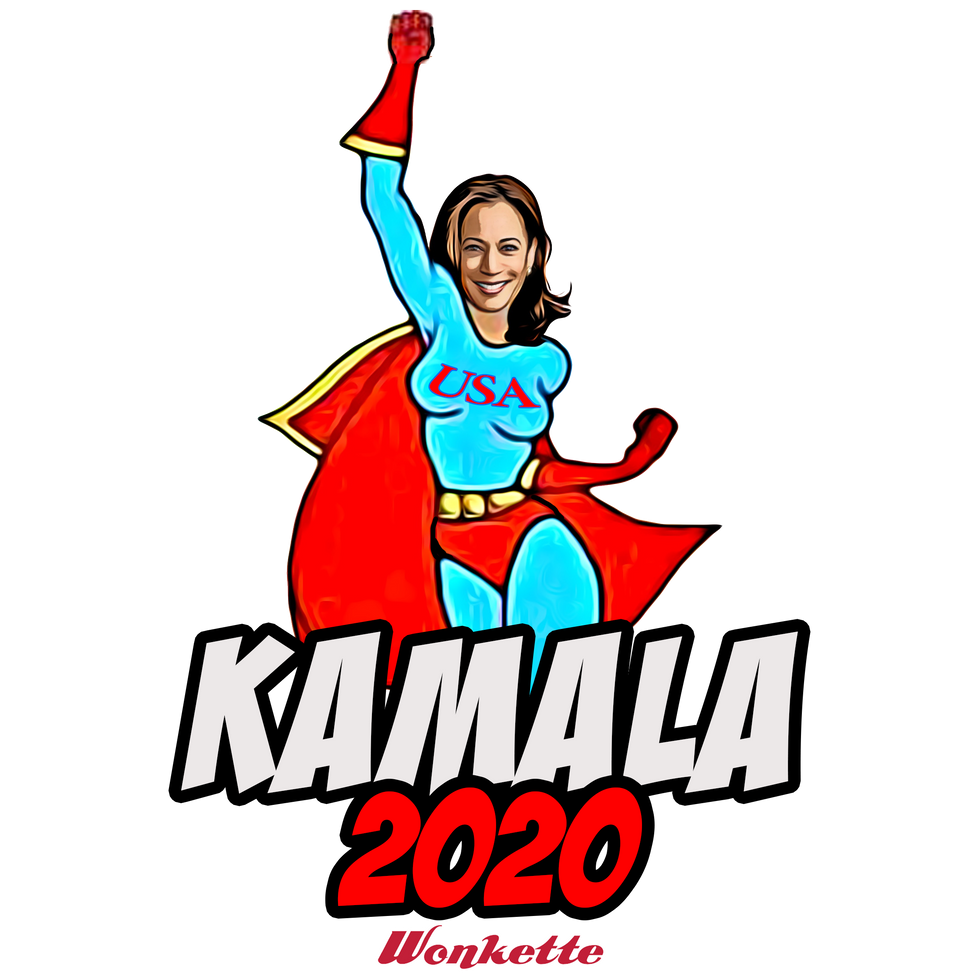 Now, as promised, here is our bebe Mexicana, doing bebe Mexicana things, like eating ceviche and drinking pina coladas (wait, that was me) and mostly never getting the hell out of the pool. I would like to personally thank you for helping us pay our writers and ourselves a living wage and also vacation, we fucking needed it and now I WON'T DIE. 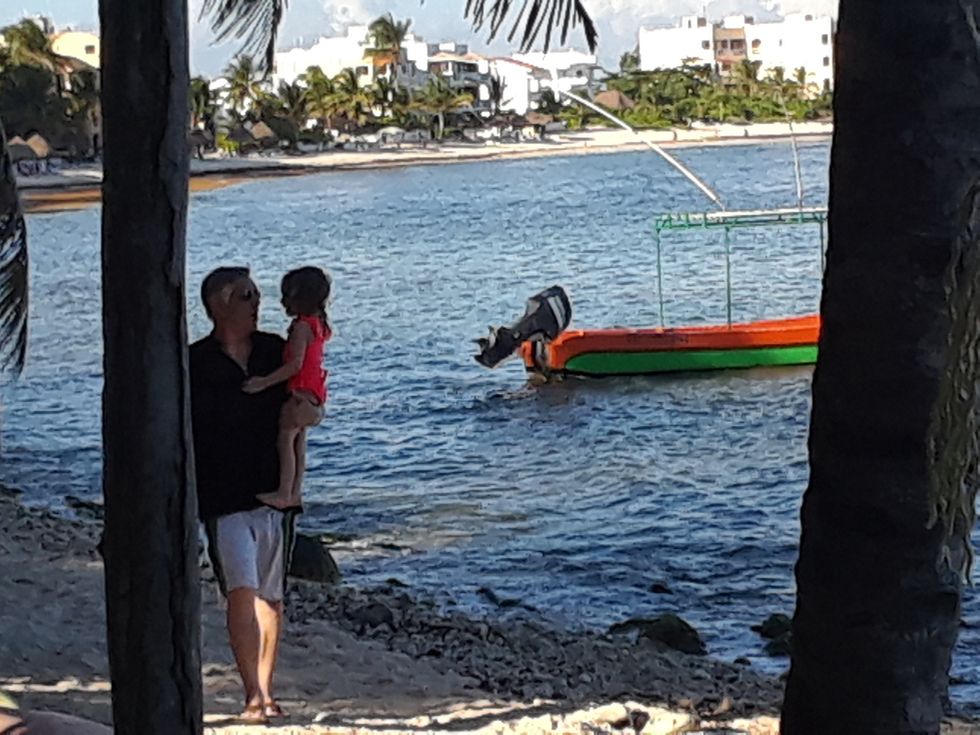 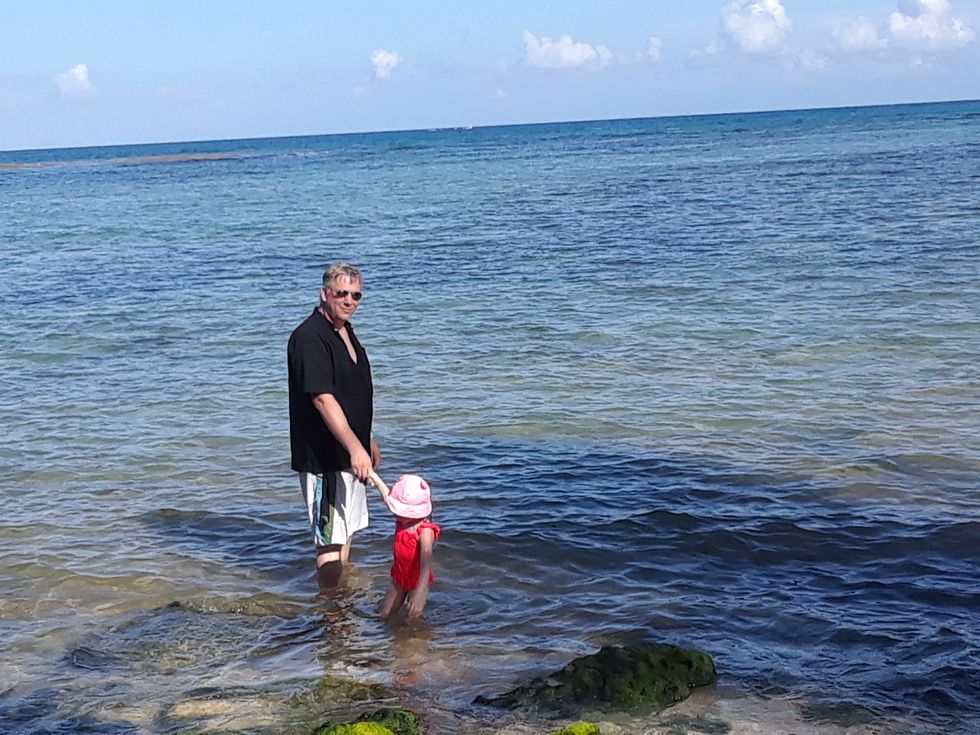 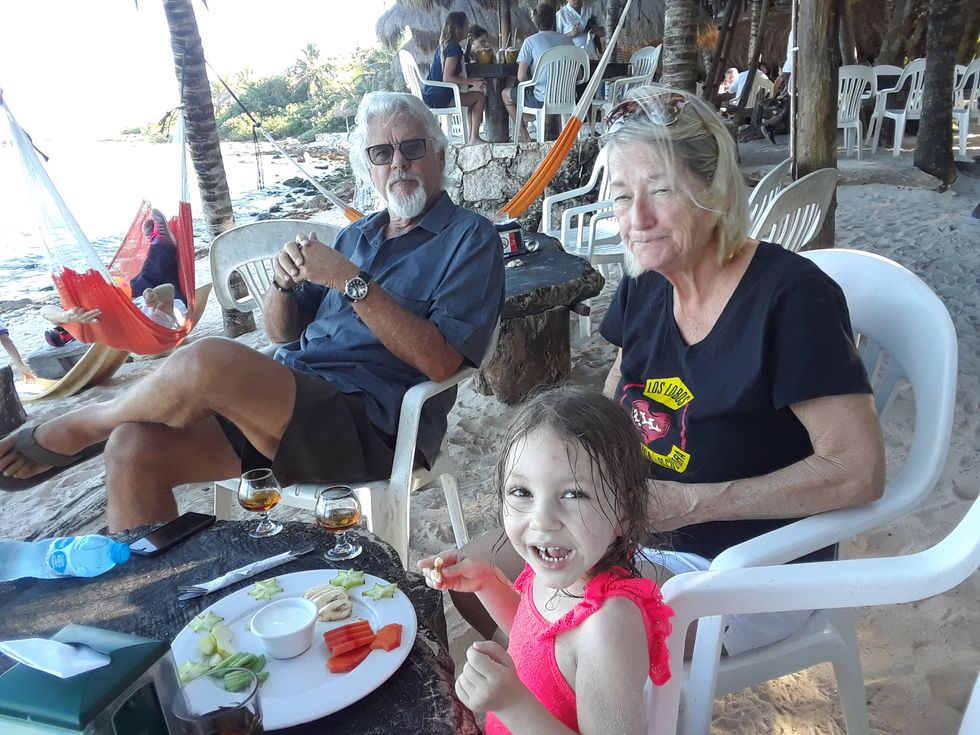 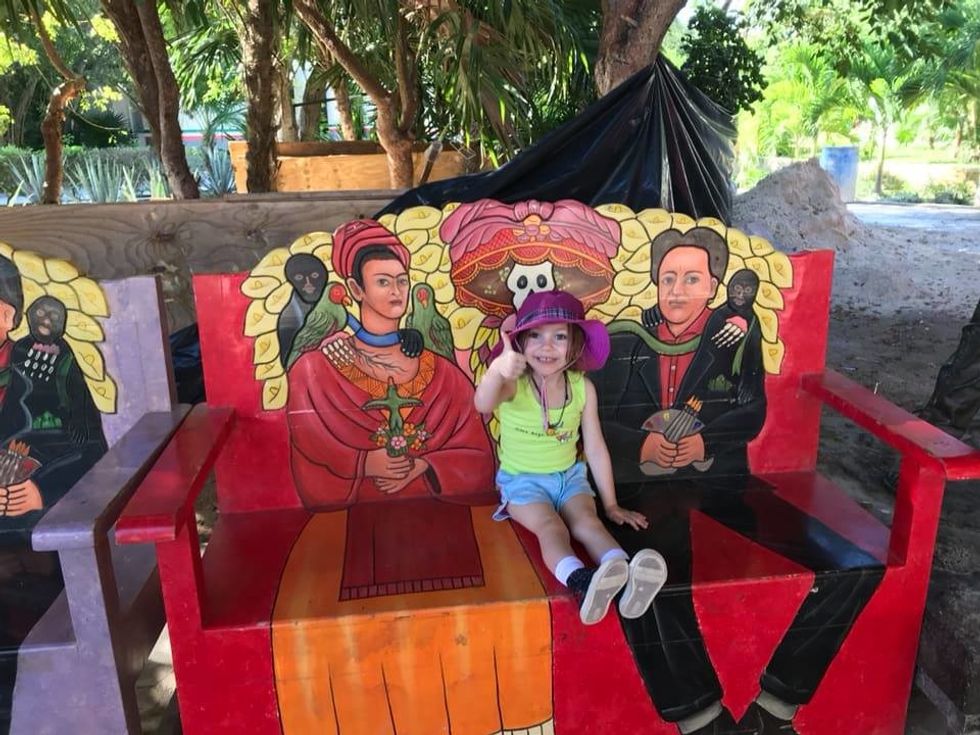 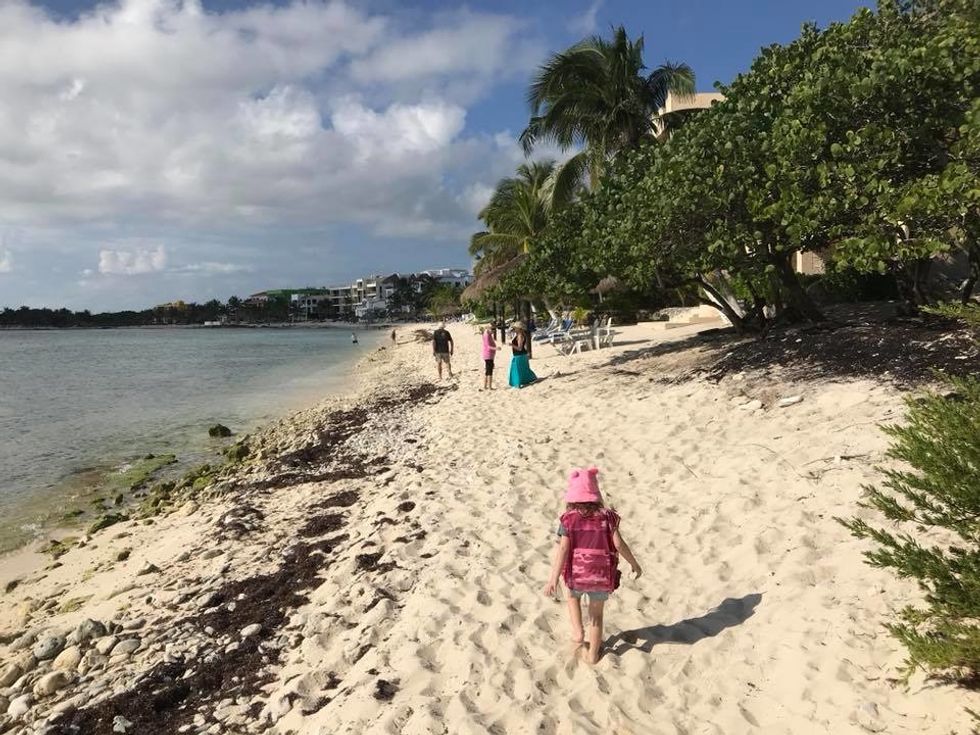 Alan Dershowitz Is Keeping His Panties On For This Impeachment, So Don't Even Bother Asking

Hillary Clinton Fires Up The Great Reliving Of 2016, Because That Sh*t Was Missing For Sure

Say Goodbye To Your Little Friends!