Weird Alt-Right Dudes Think #NetNeutrality Has Something To Do With Banning Nazis From Twitter? 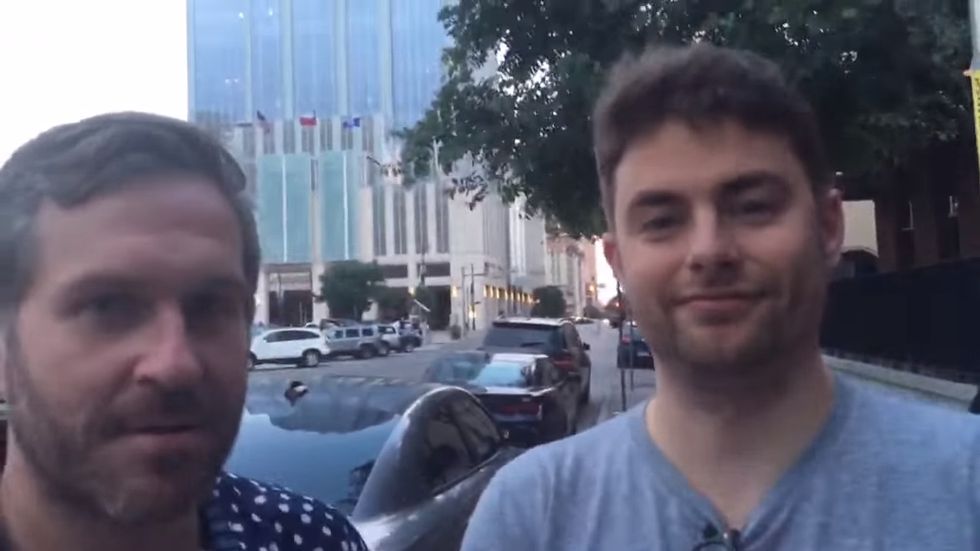 Earlier today Net Neutrality came to an end. Yes, Ajit Pai broke your internet, and things are going to be pretty bad. For everyone, actually, not just liberals, as Dom has explained much better than I could.

I have been worried, in fact, that I don't actually understand the issue as well as I'd like to, at least not the technical aspects of it. However, as it turns out, there are people who know much, much less about it than I do. Surprise, they are Weird Mike Cernovich and that Paul Joseph Watson Infowars guy who is always awkwardly trying to be all "Conservative is PUNK ROCK now, guys!" about stuff.

Because they seem to think it has something to do with banning Nazis from Twitter?

In fact, if you didn't notice, the screencaps above are tweets! From Twitter! As you may have also noticed, there are still a LOT of Nazis on Twitter.

Richard Spencer is also still on Twitter, even. The only ones who get banned are the ones who are harassing people or talking about doing fucked up shit.

Of course, they're framing this as a banning of "people we disagree with." Not true! For instance, I disagree with BOTH Mike Cernovich and Paul Joseph Watson, and yet somehow, they remain on the Twitter machine.

There are probably lots of people on Twitter right now who disagree with me on many things. Recently, I discovered that a lot of people I know don't like green peppers, which is ridiculous because they are wonderful, and probably a lot of those people are also on Twitter. However, if you were like "Green peppers are terrible, and also I'd sure like to kill some Jewish people" you might get banned from Twitter! Or you might just have your little blue checkmark taken away. But not for the part about the green peppers.

Now I may just be a simple country lawyer (I am not a lawyer), but as hard as I squint, I still do not quite see what it is they think Net Neutrality has to do with them getting banned from Twitter or other social media sites. It literally makes no sense. It's like supporting a highway toll from a privatized company because you had beef with Volvo, while still insisting upon driving a Volvo.

It was, of course, Ajit Pai himself who first put this idea into their heads. At some "free market" conference earlier this year, he explained, “When it comes to an open Internet, Twitter is part of the problem. The company has a viewpoint and uses that viewpoint to discriminate.”

To be clear here, net neutrality will not, for any reason, prohibit Twitter from banning people who violate their terms of service. They will still be able to ban people, but now your ISP can charge you more to stream Netflix if they want. Oh, and it will actually make censorship more likely, not less.

One would think that these conservatives -- who so love the free market -- might instead flock to Gab, the social media site created just for people who feel the need to harass people and say racist things all the time. They do not. In fact, pretty much all of the conservative alternatives to Twitter, Reddit, Facebook, dating sites, Wikipedia, Patreon, etc. have pretty much failed because no one wants to use them. Probably because of all the Nazis.

Instead of embracing the free market and choosing social media sites that better suit their needs, they flicked that little invisible hand away and decided instead to fuck over the whole internet and everyone who uses it. Why? Because it would like, toooooootally piss off the libs. I guess. Because we like net neutrality.

Also, it's your OPEN THREAD!

Did you like this story? Is your wallet handy? Give Wonkette money please!