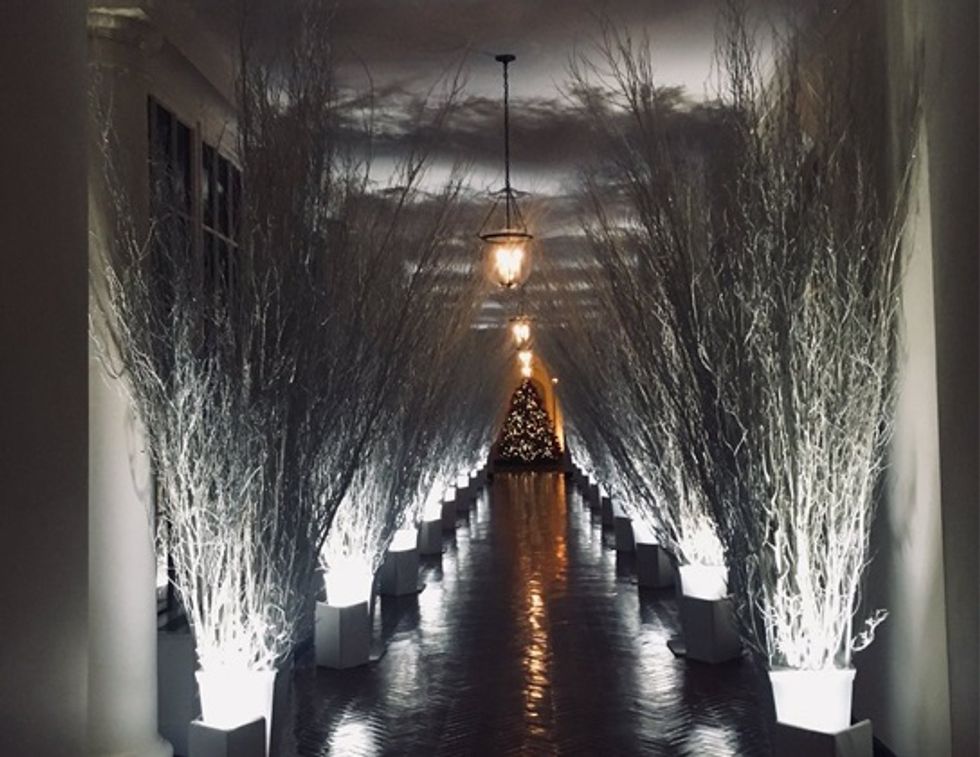 String up the lights and light up the tree / We're damned for all eternity
But for just one day, all is well / It's Christmas time in Hell!

Melania Trump's Director of Communication Stephanie Grisham had a special holiday message for all of us on the Twitters yesterday, festively tweeting out this photo of the White House Christmas Tree at the end of a corridor of what appear to be leftover props from a horror film. The stark black-and-white of the hallway with the gnarled trees is less "winter wonderland" than Silent Night, Deadly Night, and Grisham's tweet not only used the dreaded word "holidays" instead of "Christmas," she also doesn't seem to know that the acronym for her boss's title is capitalized:

You've seen the thing, so we've cropped the image -- to reduce your trauma

The parodies weren't far behind: