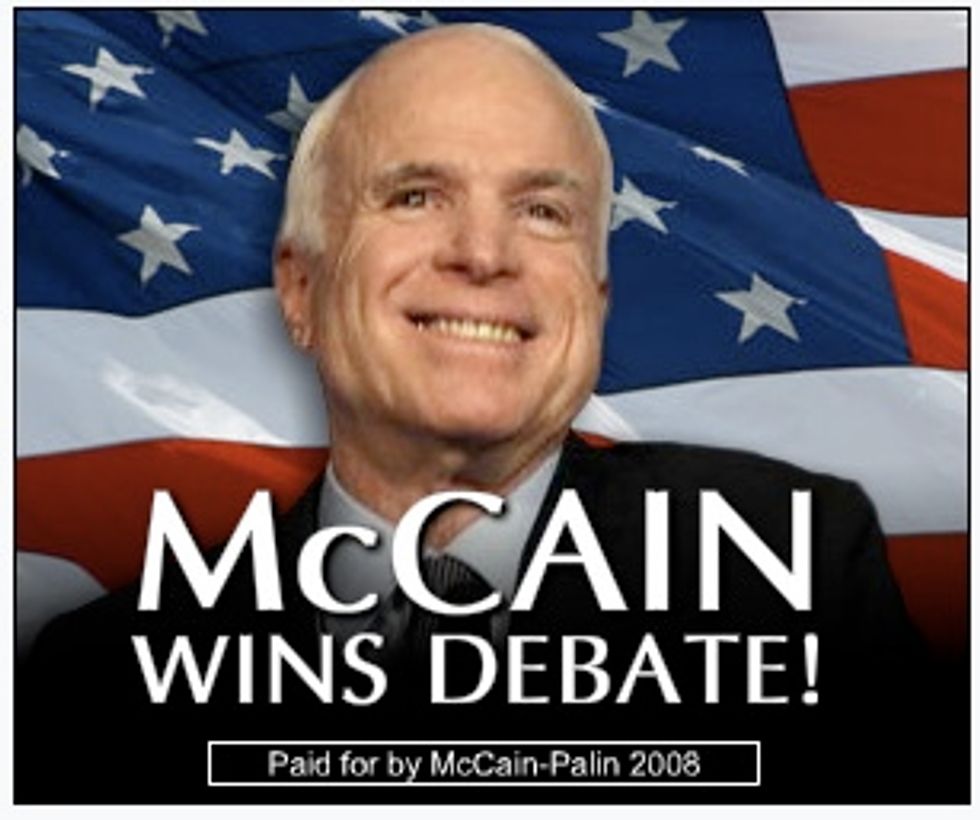 Here, on thisWall Street Journalweb page featuring this op-ed by Henry Paulson's wife "John Paulson," a curious advertisement appeared. It was this one, captured by Wonkette Operative "Evan W.," so now you know! McCain Wins Debate! He wins by ... uh, refusing to even say if he'll show up! Maverick! And look how he suspended the campaign and all! Jesus christ .... [WSJ]