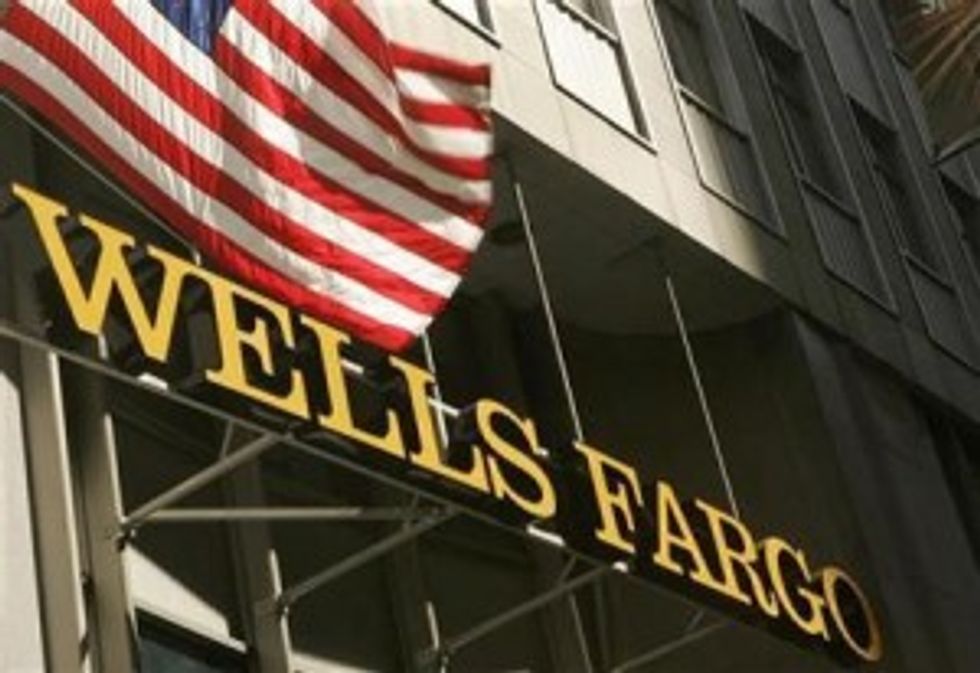 What day is it? Any day? Then we have news for you about bank fuckery!

This story comes to you courtesy of Wells Fargo, which you will remember as the bank that last year got busted for making up accounts for people without permission and intentionally confusing elderly people into getting more accounts and credit cards.

They felt really bad about it! They slapped people on wrists and things! They promised they'd change!

So of course they turned around and did the same damn thing again, only this time it was New And Improved, With Bonus Extra Racism, and they did it on Navajo land!

Now, first thing to know is that Wells Fargo is the only bank allowed to operate on Navajo land. So it's not like customers could just decide to switch to a different, not-evil bank. (To be fair, neither can the rest of us, but we can at least pretend that we bank at a less-evil institution. Or at least one with a better fee structure.) When the accounts scandal first happened, Wells sent a letter to the tribal leaders assuring them that there weren't problems at the tribal locations.

That was, of course, as true as your average White House press briefing. Not only were there all the same troubles as Wells admitted to in other parts of the country, the bank actually targeted elders and minor children. Let's read, from the lawsuit:

“Under intense pressure from superiors to grow sales figures. Wells Fargo employees lied to Navajo consumers, telling elderly Navajo citizens who did not speak English that in order to have their checks cashed, they needed to sign up for savings accounts they neither needed nor understood. Wells Fargo representatives stalked local events like basketball games and flea markets to sign up consumers for unnecessary accounts en masse, especially targeting Navajo women who sold native crafts and products. They opened accounts for underage Navajo citizens, going so far as to falsify birthdates to avoid obtaining necessary parental consent. And Wells Fargo employees even strong-armed Navajo family members into signing up for Wells Fargo products they did not need—all in an effort to satiate Wells Fargo’s desire for ever-increasing account figures and profits.”

So the Navajo are suing Wells Fargo for $50 million, which seems kind of low to us really.

Oh, and the people who busted Wells on the scandal to begin with? That would be the Consumer Financial Protection Bureau. Yeah, you know, that thing Mick Mulvaney's maybe not in charge of but he's gutting anyway. He's freezing investigations, halting data collection and installing weird political appointees every place he can.

Putting Mick Mulvaney in charge of the CFPB is about like putting Betsy DeVos in charge of public schools: They hate the thing they're tasked with running, so they're doing their damnedest to destroy their agencies. This, of course, is America merely returning to its former greatness.

We didn't elect the child molester guy but MAGAmericans can probably take solace in the fact that we're still totally letting multinational financial institutions literally colonize Native land, because the people who are still with the child molester guy are amoral fuckbags at best and willfully evil at worst so it stands to reason they'd celebrate something like that.

Yr Editrix has never once forced anyone to buy a fraudulent or unneeded financial services product but she does force the writers to take pay like some kind of dictator so pay the lady: